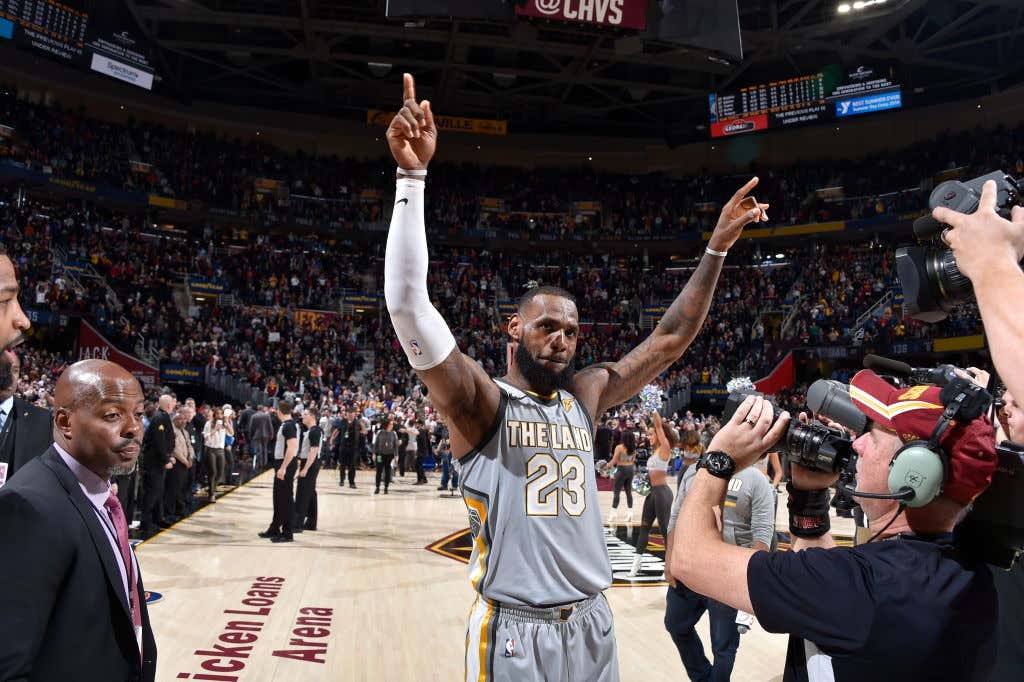 Look at Lebron go! He went to bed with a team he hated last night, and woke up today and completely built an entire new roster. That’s impressive work.  There is a lot to digest here so let’s take it one thing at a time.

Getting Rodney Hood is a great snag as he now fills in for the Jae Crowder role that wasn’t really working. He’s a RFA this summer so CLE will be able to match if they’re interested and need wing help this summer, and overall he’s a much better offensive player than Jae has been this season. The Jazz moving him isn’t all that surprising, he had been on the market for weeks, and while he won’t solve your issues on the defensive side, he is a guy that makes 2.6 threes a night while shooting 39%. Again, that’s better than what Jae was giving them.

The Cavs also get rid of Shumpert’s money and Derek Rose’s corpse to help bring in a reliable packup PG in George Hill. You could say they made the decision to swap Isaiah for Hill, and Cavs fans are probably happy about that. Same with Hood, he doesn’t solve your defensive issues, but he’s a solid guard who’s contract doesn’t really kill you moving forward.

All in all, it’s crazy how quickly CLE has revamped their entire roster. I think we all knew they needed to make some changes, and now that two guys who were clearly unhappy in Jae and Isaiah are out, they are replaced with serviceable pieces, you can’t deny CLE is better today than they were yesterday.

Also it’s important to note that the Cavs cannot trade the BKN pick today, so keep that in your back pocket. They can on draft day, but not today.

HOLY SHIT JUST AS I FINISHED THIS HAPPENED

Lebron is not fucking around when he trades his BFF. What a goddamn day this is turning into

Jae ending up in UTA after all the Hayward stuff last year is pretty funny.