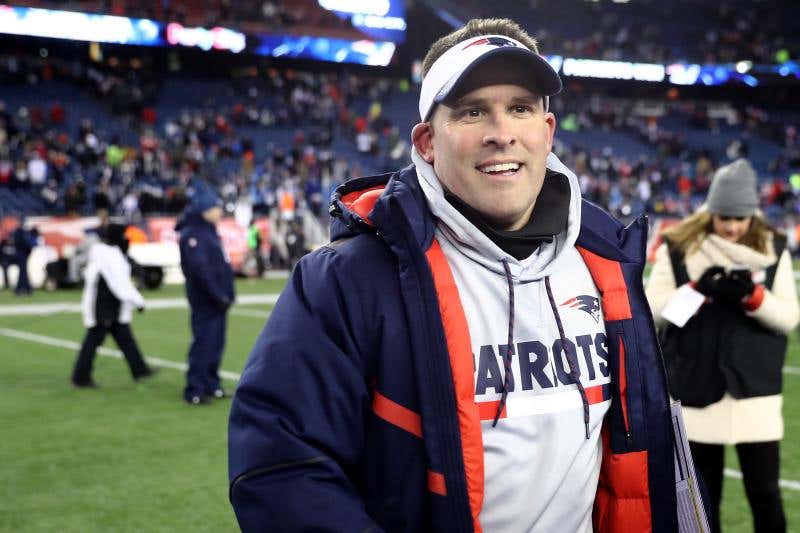 I cant get enough of this story. I just love it so much. Sure, I feel bad for the families involved but I dont pay a lot of attention to that in the coaching cycle. No one really does. No one thinks of the assistants and how moving jobs plays a part of their lives. We watch the head coaches and the top assistants to see what they’ll do. And, they usually have guarantees in the contracts. Even if the new Colts’ head coach fires them, these guys will still get paid and get paid well. Now that the disclaimers are done, let’s move on the heart of the blog.

This move is so diabolical. If it was a long con, I love it even more. If Josh McDaniels really set the Colts up to look like dummies, it’s gamesmanship like we haven’t seen in years. All these hit pieces saying that “Josh McDaniels will never get another head coaching chance outside of New England” are just wrong too. He’s a great coach. He’ll get the chance and everybody including the Colts knows it.

I guess that’s part of why I love Josh McDaniels now. He made the Colts look silly. I’m a Jaguars guy so anytime you can have your division rival look dumb as hell while also causing them to be the absolute last team to pick a head coach, you gotta do it. There was like 6 NFL head coaching vacancies this year. The Colts are filling their’s last. LAST! I love it and I have Josh McDaniels to thank for it. So thanks, Coach.

This ole bootleg Matt Damon head ass. What rivalry? The Colts haven’t beat the Patriots since 2009. I love it. LOVE IT!