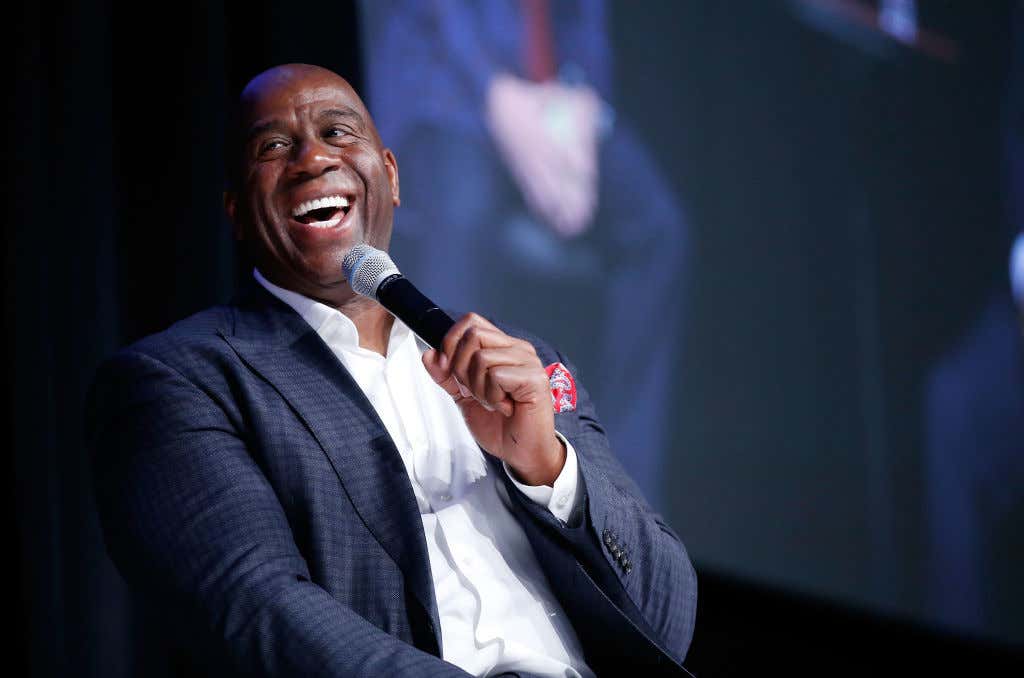 Jesus, just this past August I blogged about how Magic and the Lakers were busted for violating anti-tampering rules when it came to Paul George, and now here they are just 6ish months later doing the exact same thing. When will the league learn? Magic does not care for your rules because chances are he has no ideas what the rules are. He just goes about his day smiling and saying whatever he wants because he’s Magic fucking Johnson and that’s what makes him so great.

I’m not really sure how the first offense was 500k, and now a repeat offense only costs him $50K? You don’t think that tradeoff is worth it for the Lakers? Pay 50K now to maybe one day have the inside track on Giannis when he becomes a unrestricted free agent in 2021? It’s sad really, that a once proud franchise has to resort to these sort of methods just so they can keep selling it to their fans that they will bring in superstars, but it’s time Adam Silver wakes up and starts taking picks. All the picks. Hit them right where it hurts to ensure there is nothing fishy going on. If the NBA is known for anything, it’s for being a respectable league where nothing shady ever goes on behind the scenes. Here are the Lakers potentially blowing that all up. It’s not right, it just is not right.

Obviously, it’s so funny the NBA even cares about “tampering”. No shit teams tamper, players tamper, hell who hasn’t tried to tamper on Twitter? It’s one of these rules where the league probably hopes public shame is a big enough deterrent or something, which is pretty laughable.

Screw the Lakers though those cheating bastards.