Alright so obviously Philly got after it last night. We’re gonna keep getting after it all week and I have no idea when it will stop. We’re new to this thing. If you’re from Philly, last night was one of the greatest moments of your life and this city deserves this moment more than anything. So sure, maybe a few parts of the celebration got a tad out of hand last night. Maybe eating some horse shit isn’t exactly the most traditional way to celebrate a championship. Maybe ripping down a few traffic lights and street poles is a little much. But like I said, this city of Philadelphia earned this one and after everybody who has ever been an Eagles fan has had to mutter to themselves “Next year is our year” their entire lives, it finally happened. The Philadelphia Eagles are World Fucking Champions so pardon us for getting a little rowdy about it.

However, I would just like to reach out real quick and offer a sincere thank you to the Ritz-Carlton awning for sacrificing itself for the city. Spin zone, the Ritz is now the most iconic hotel in the city so losing an awning is just a small price to pay. 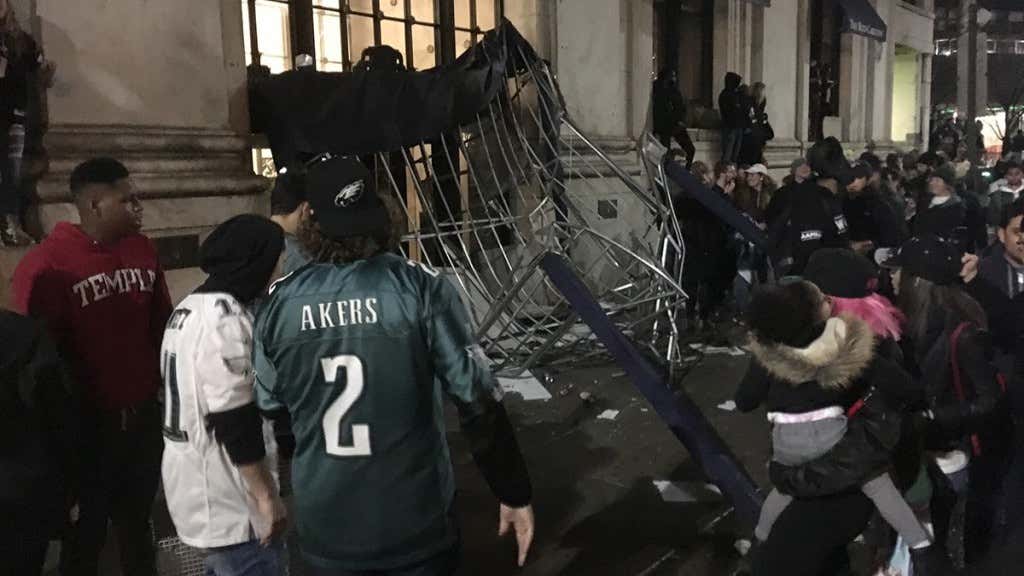 Heroes get remembered, but legends never die. And the Ritz-Carlton awning is forever a Philly legend after last night.