Guess whose back? Thats right, Hitler reaction memes. May I present for your 2018 Oscar Consideration- Hitler Finds Out The Patriots Lost: 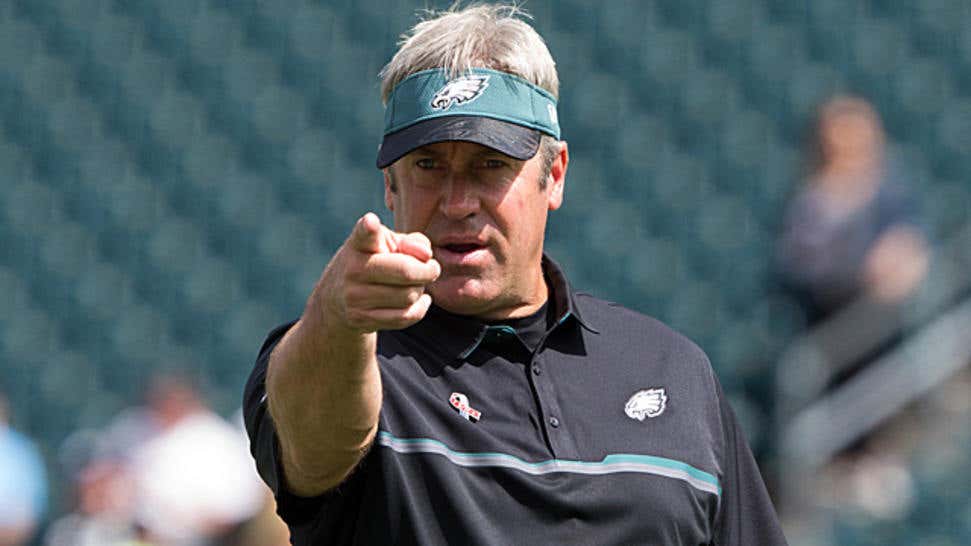 I think no matter who you were rooting for here, this has to cement Pederson on the Mount Rushmore of Dougs. The Eagles coach Doug deep into his bag of tricks aka his scrotum and came up with some of the ballsiest playcalls in Superbowl history including a 4th down pass were he had Alshon Jeffery cheat by lining up off the line of scrimmage in order to distract the defense away from turning his QB into the next Julian Edelman. Between Foles and Pederson the Eagles combination of head coach and QB have on aggregate the largest genetalia on any roster in the modern era and its unlikeley to ever be topped

1.  Sometimes life is more about playing chess then checkers, and Belichicks Superbowl loss might be one of those one step backwards, two steps forward type of deal as the Patriots shrewdly saved the extra $56,000 they would of had to pay there former QB Jimmy Garropolo had they won. The Patriots had been paying child support for each playoff win and writing that check every week must of felt exhausting for New Englands front office. Expect Belchick to use that extra $56,000 on 5 defensive qualty control coaches who will work for 90 hours a week, a few new blue dress shirts with white collars for Mr Kraft,  or a new terrerium and sunny rock for Ernie Adams.

2. Tom Bradys lack of receving abilty is why he fell to the 6th round and is sweet vidication for all the teams that passed on him 198 times.

What was wrong with Brady in the first half? Well heres as good a theory as I’ve seen:

3. Commercial of the night goes to Dodge for there tasteful use of Martin Luther Kings sermon warning about the dangers of extreme campitalism and materialism to sell cars. We all know that pickup trucks have long been regarded as the most culturaly progressive automobile so the only issue I take with it is that Dr. King clearly would of preferred the increased towing capactiy of a Silverado. Would of liked to of seen almost a Paula Abdul/Clark Gable type combo ad with Denis Leary and Malcom X discussing the importance of traction control and torque. Currently setting my DVR in anticpation of the commercial that has Ghandi endorsing golden corral

4. New England finished second but the Patriots werent the only one on the receving end of a number 2 from Foals as this guy from Philadelphia literally ate horse shit:

5. The New York Giants found a way to upstage the Patriots on Superbowl sunday yet again with a remake of Dirty Dancing. Thats the diffrence between New York and New England- the Giants know that no one puts a baby in the Corner, but Belichick will start him there in the biggest came of his career with 15 minute’s notice.

6. Just as I get depressed about the NFL offseason kicking in, the football gods give me the best present of all:

If you think Coach Schiano gives up 41 points to Nick Foles you dont understand football. Coach Greg would of had his guys diving low at Foles’ knees or even lower at the tip of his penis in order to send a message that this is a grown mans game instead of sitting back in coverage and letting the Eagles pick you apart. A true Patriot would understand that you have to fight fire with fire and the only way to take down a Reich offensive is with a blitz of your own.

7. The city of Philadelphia repsonded to the win in the most Philadelphia way of all time by literaly lighting everything on fire and having a jazz funeral for themselves. The biggest loser wasnt the Patriots, but rather the entracnce to this hotel:

First of all there arent four seasons there are only two- football season and Comeback Szn. An awning is just a roof for indecisive people, and Delaware County is a shit or get off the dinner plate kind of town.

8. Credit to the city of Philadelphia for covering utility poles in highly flammable liquid in order to prevent destruction of public infrastructure. Its just my hypothesis but lubing up those 30 ft poles may of just been a training simulation for preparing Nick Foles for intercourse. By the way, Westlake High School QBs are undefeated in Superbowls with big wins by Drew Brees and Nick Foles. Foles. For the first time in his life Foles was able to fit something in a tight window.

9. Greg Olsen was on todays PMT and dicsussed at length Cam Newtons weird hyroglyphic posts on instagram. Later today Cam Newton deleted all of his posts? Trouble in paradise? Not the first time Newton has refused to issue public statements after a Superbowl

10. Reports are starting to emerge that Malcom Butler was caught with marjuana the night before the Superbowl which is even more puzzling that he was benched given no one else on the Patriots seemed to know how to wrap up a Blount.