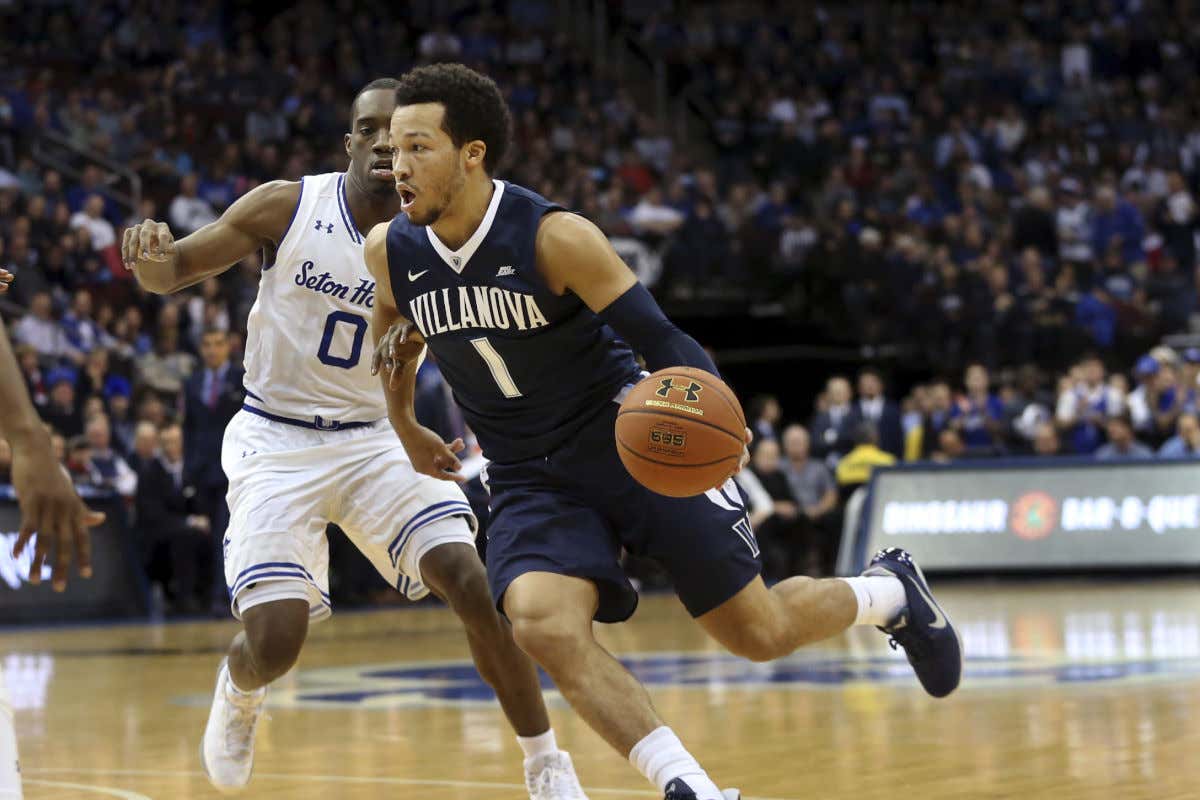 A nice little lead up to the big game today is Seton Hall traveling to Villanova in what I think is a wildly intriguing game for both teams. Nova hasn’t missed a beat despite losing starter Phil Booth to a fractured hand and having minimal depth with him and Samuels both out for the time being. The last two games without him Jalen Brunson and Donte DiVincenzo both have really stepped up – even more than Brunson has all year. Brunson went for 35 against Marquette and 19 against Creighton while DiVincenzo has gone for 23 and 17 and hit three 3s in both games.

What we’re going to see today though is Seton Hall try and force Villanova’s interior defense. Nova likes to run the 1-2-2 3/4 court press and then drop into its man-to-man in the halfcourt. If Seton Hall isn’t able to really attack the press and plays in the halfcourt, Omari Spellman will be tested early. The Pirates will try and get the ball to Angel Delgado early and let him go to work against the freshman. The other thing Seton Hall will try to do is get Desi Rodriguez driving to his left. He’s going to likely have Mikal Bridges on him, which is one of the more intriguing individual matchups in the game. If he can get a couple of fouls on Bridges early and force Nova to either throw DiVincenzo or perhaps Paschall on him it’s a win for Seton Hall. Where Seton Hall can really attack Villanova though is on the offensive glass. The Pirates are the 19th best offensive rebounding team in the country while Nova is just an average defensive rebounding team. You’d assume most of this is due to Delgado, but Sanogo and Nzei both rank in the top-500 nationally in offensive rebounding percentage. Nova is really going to have to check out and I expect to see the guards get a good amount of rebounds.

There’s a reason Nova is the No. 1 team in the country and it’s due to balance scoring and the fact the Wildcats are so skilled on both sides of the ball. That said, Villanova will be challenged to shoot the ball today. Seton Hall does a great job in the man to man and the matchup zone Willard learned from Pitino and his dad in the halfcourt. They limit the amount of threes taken by their opponents, ranking 111th in the country in defensive 3PA/FGA. Along with that they let teams shoot just 32% from the 3-point line against them. If Seton Hall is able to stay at home and switch on screens where someone is running off ball, they should be able to limit what Nova does best.

I think Nova wins this game, especially with it being in Philly. That said, I think it’ll be close, I’d take Seton Hall with the points here.