They say that a picture is worth a thousand words. Well, folks, here’s 4 thousand words on what to expect out of tomorrow night’s game. 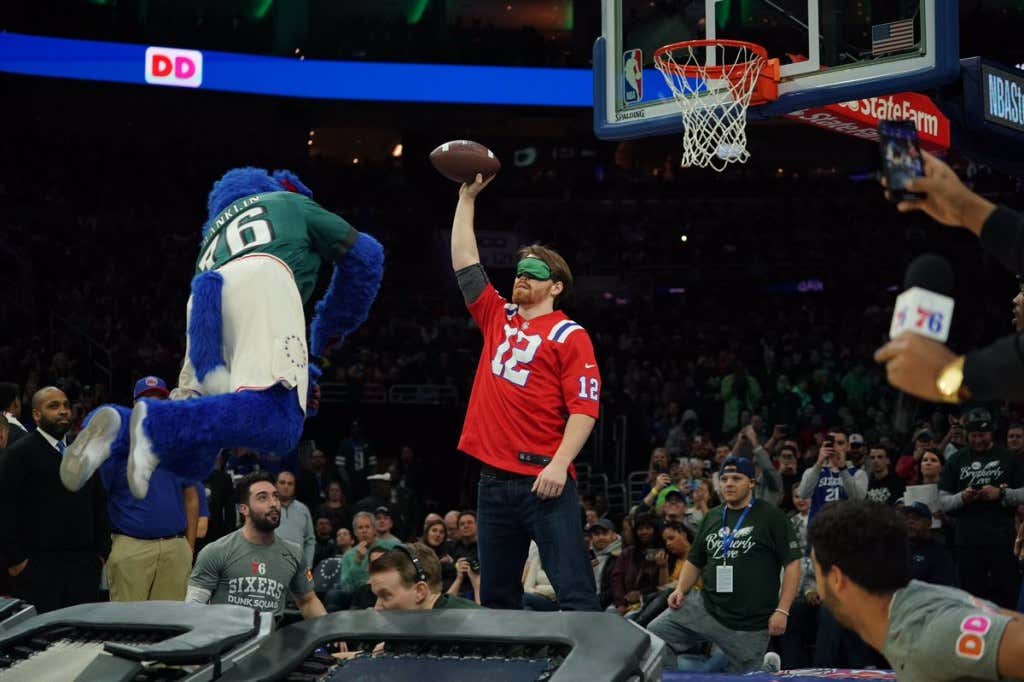 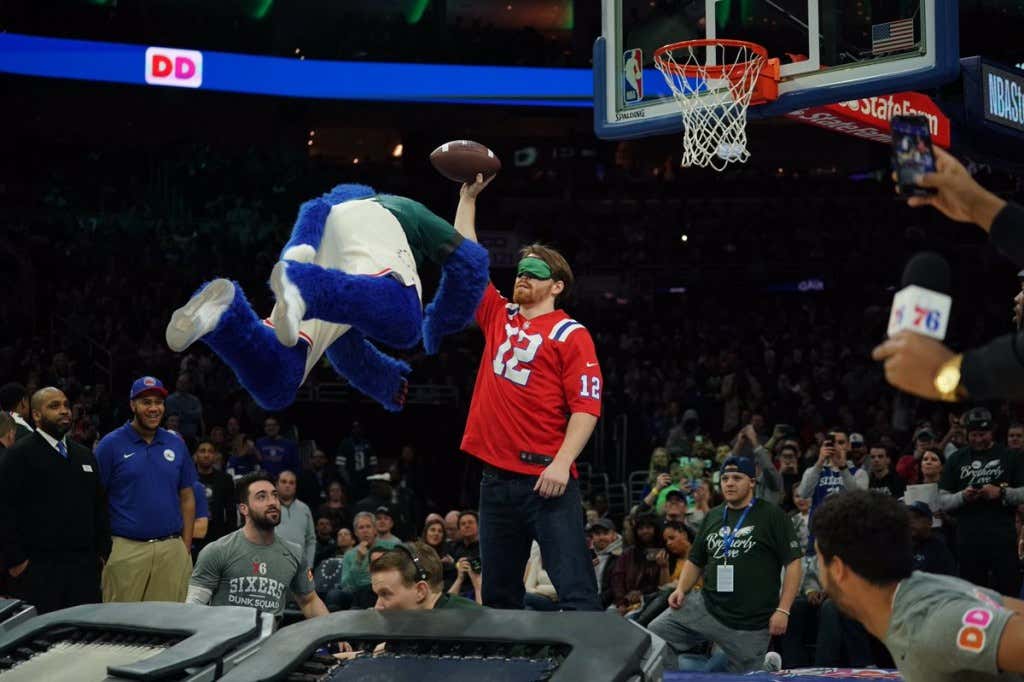 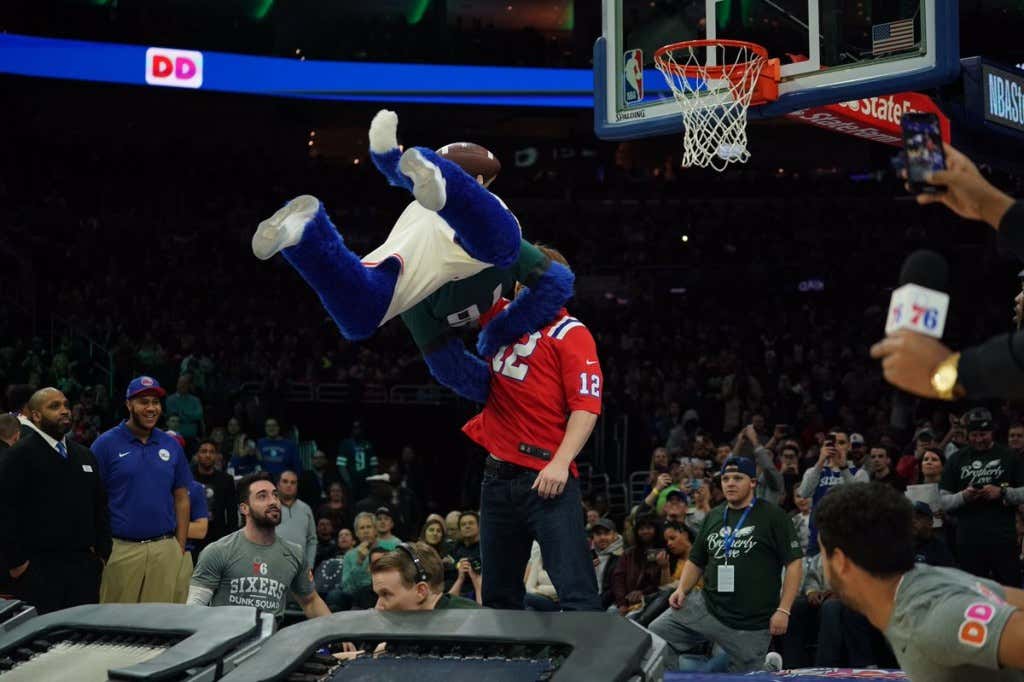 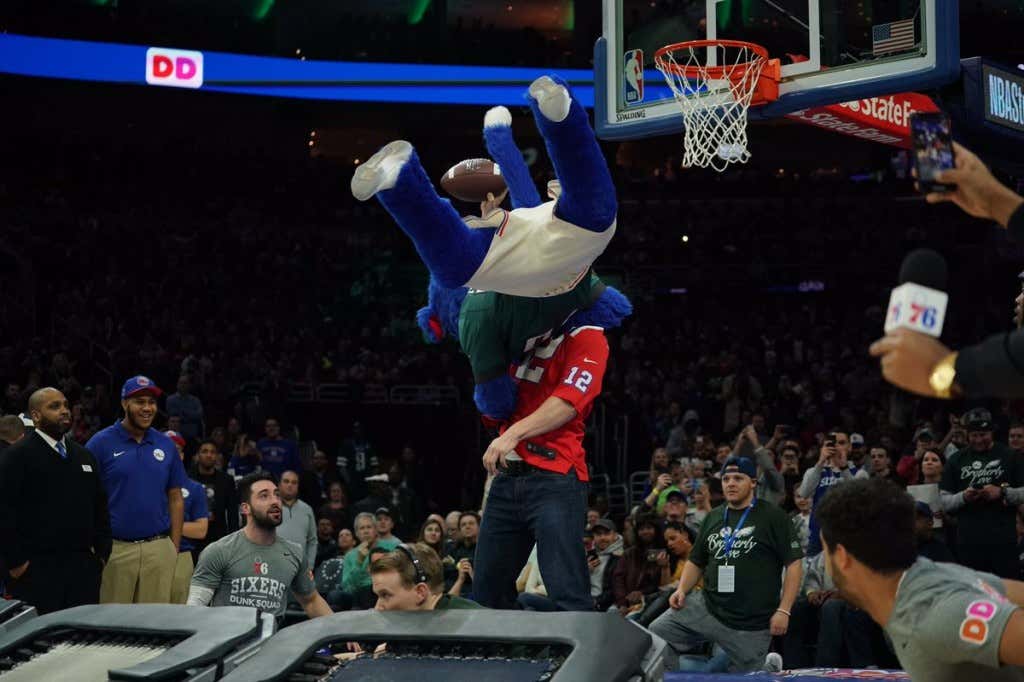 A dog ending Brady’s life? Seems about right to me.

Staged? Definitely. Do we care? Not in the slightest. We’ve heard it roughly 17 million times in these two weeks leading up to the Super Bowl. The Eagles’ front four is going to decide how this game goes tomorrow night. As long as they bring the pressure up the middle like our boy Franklin did here last night at the Sixers’ game, well then Tom Brady is going to be having Dreams and Nightmares for the rest of his life about how much Cox he’s about to take.

Sixers win last night. Got the Flyers and the Sixers both with games today. Then it’s go time tomorrow. Final Prediction? It’s going to be a weekend of Philly sports dominance. Well, maybe besides the Flyers. They’ve been playing like shit heads lately. But still a pretty dominant performance from Philly sports this weekend nonetheless.