I know I already blogged about The Two Bills and the Jets earlier, but there was one more scene I wanted to talk about. I mean I would love to talk about how much I miss/love Pat Summerall, John Madden, the old Giants helmets, the old Giants teams, and like a million other things. I had the biggest, dumbest grin on my face for the entire 30 For 30 except for when they talked about how BB could have been the HC of the NYG if BP had resigned a few months earlier. But even that feeling of sadness went away when I found out later in the episode that the two people fighting for ownership of the Jets were Woody Johnson and James Dolan.

I mean can any Jets fan really hate Bill Belichick for passing on a job where he knew he was either going to have Woody Johnson or James Dolan as his boss? I’ll be honest, I didn’t remember that Dolan was potentially going to become Jets owner after Leon Hess died. But based on his very vague quote, that clearly had a lot to do with Belichick’s decision. Poor Jets fans never stood a chance once Hess died. Belichick watched his potential Super Bowl contender Browns team die because Art Modell ripped Cleveland’s soul clean from its body years before LeBron James did it. I imagine dealing with another owner that could completely fuck up a team in BB’s 2nd and potentially last chance as a head coach wasn’t all that appealing.

Just seeing the picture of those two on screen together sent a shiver down my spine. So I imagine it made every Jets + Knicks fan on the planet cry, puke, and/or leak some other form of human fluid from their body. I mean just look at these two dickheads. 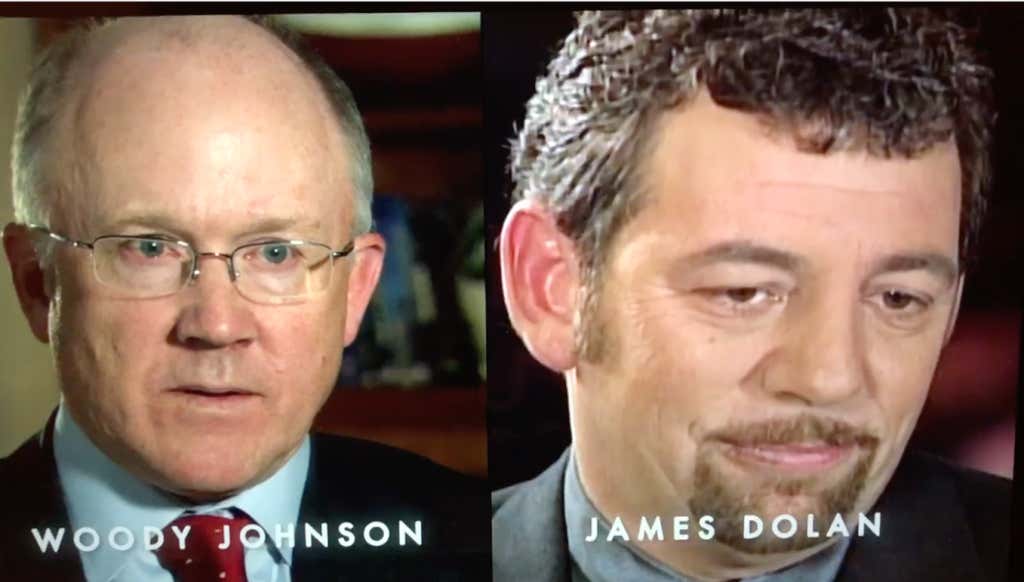 I don’t know if there has ever been a bigger beatdown in the amount of sports knowledge and success than when the screen went from that to this: 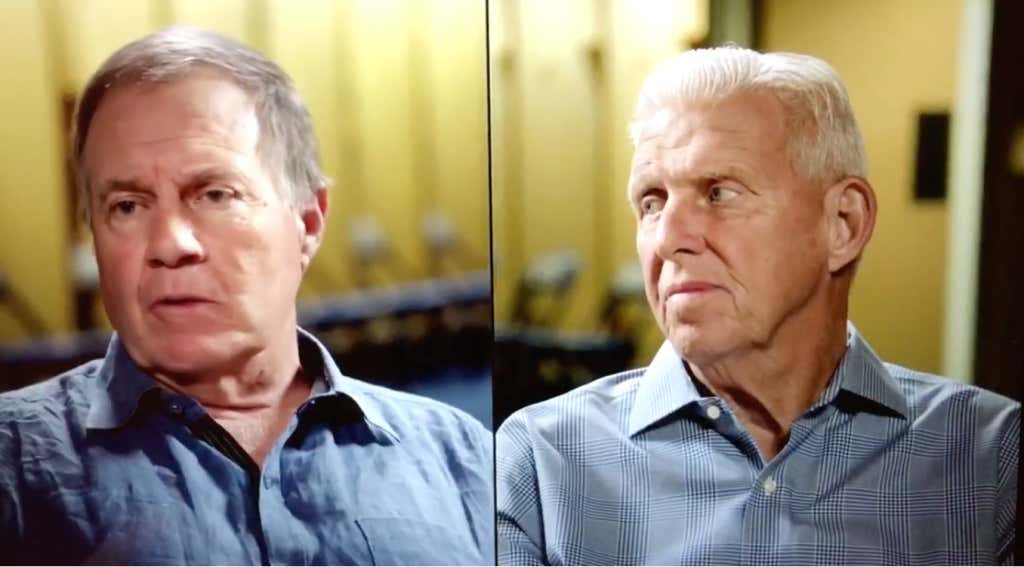 Look, I get that the way everything went down was shady as fuck. I still loathe everything about Pat Riley and the Heat for Pat The Rat faxing his resignation to the Knicks before slithering down to Miami. But Belichick clearly had to know he was dealing with two Mount Rushmore figures of New York Sports Ineptitude of the 2000s when he met them, right? If Bill Belichick is a genius, he has to know when he is around a moron. We know how the Jets have operated under Woody Johnson. If you want to know what the Jets would have looked like under James Dolan, just look at the Redskins during Daniel Snyder’s reign of terror since they have done pretty much the same shit during their run as owners. And can you imagine the greatest coaching mind of our lifetime working for a dickhead that willingly does this?!?!?

Jets fans can hate Bill Belichick for resigning from their franchise on a fucking cocktail napkin. They can hate him the way he has ruled the AFC East with an iron fist. And they can hate him simply because he says their team’s name with the same disdain I say the word vegetables.

But they can’t hate him for choosing Robert Kraft over the Lloyd Christmas and Harry Dunn of sports owners.