It’s been 7 years and I can still smell the fresh paint. The stadium had barely been used. The bootleg rollup bleachers had never been sat in. Super Bowl 45 was called the game of dreams, and it was. It really was… 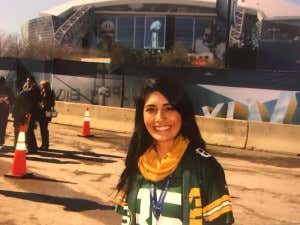 The date was February 6, 2011 and the Dallas-Fort Worth Metroplex was covered in ice, which happens never. Flights were cancelled, roads were deemed un-driveable, Jerry Jones crushed the souls of 400 people by selling them tickets on portable bleachers that were pulled by the fire department right before the game, an act I wouldn’t wish on my greatest enemy.

But alas, I was there. The Packers were playing the Steelers in the Super Bowl and I WAS THERE.

I waited my whole life for this moment, and I was balls nervous. Like I couldn’t even drink a beer because I felt like throwing up.

Passed out twice during the game from screaming. (Shout out to my step-dad who saved me from falling to my death after apparently blacking out for 5-8 secs.)

Yes, I sound like a loser, but I keep it real, and this is all unfortunately and embarrassingly true. Frankly, at some point I was just ready for the game to be over because my anxiety was out of control. 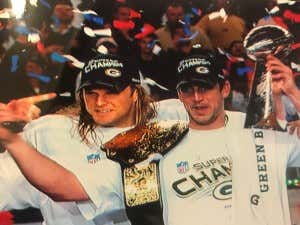 WE won. (And yeah, I can say “we” because the Packers are the only publicly-owned team in the NFL and as a share holder, I can say “we.” *Mic drop.)

Honestly, I feel bad for any future children I may have, because their birth will only come in second to this day.

I also feel bad for Dave. He’s experienced so many Super Bowl wins, he’s forgotten this feeling. Does he even really even enjoy the win at this point? Can he relish in the victory when all he knows is victory? You always remember your first… do you remember your 6th?

Fuck I miss winning and this season blew.