Terez Owens- Remember when the former MVP has decided to take time away from the Cavaliers and weigh his basketball future, well reportedly he was just getting hitched. According to our source, Derrick reportedly eloped with his longtime girlfriend Alaina, who is pregnant. Our insider explained, “Derrick and Alaina wanted to start their family as a married couple.” We’re told that the wedding was small and private. At the time of his hiatus, former league MVP Rose claimed that he was taking personal time “to evaluate his future in the NBA ” and that his numerous injuries were “taking a toll on him mentally.” Nope, just needed to get married.

Does that headline make sense? Yes? No? Who cares, you clicked anyway!

So this rumor has been flying across the World Wide Web over the last day or so and that’s exactly what it is for now. When it comes to breaking stories about stuff like this, I tend to be hesitant to believe it anything until I get a Woj Bomb, a Shams Wow, or a No Neck Notification.

HOWEVA, this is Derrick Rose we are talking about. The same guy who sat out games so he could save his body in order to be able to walk at his son’s high school graduation like a decade and a half later. The same guy who straight up ghosted on the Knicks before a game last season and flew to Chicago because he “missed his family”. The same guy who was posing for pictures with jurors after they was found not liable IMMEDIATELY after a sexual assault case.

Again, I’m not saying any of this stuff proves that Derrick Rose left the Cavs for two weeks to secretly get married. But I’m saying that there is clearly a Derrick Rose Zone where you cannot be truly shocked about any rumor involving him. Weird shit seems to have been following him around since his SAT scores were being questioned. And out of all the stuff I just mentioned, I haven’t even brought up the craziest thing Derrick Rose has ever done in his life.

Now if this rumor turned out to be true, most people would say Rose should have waited until the end of the season to get married. But clearly Rose’s brain doesn’t work like that. You know how I know that? BECAUSE HE LEFT HIS TEAM WITHOUT TELLING ANYBODY TO FLY TO CHICAGO LAST SEASON AND CAUSED A MEDIA SHIT STORM. Plus Rose likely knew if he had a wedding in the offseason, he would have to invite his Cavs teammates or at least LeBron. Rose knew LeBron would end up doing Michael Scott shit all weekend to make it about himself while also making 100 Instagram Stories. And can you imagine how LeBron would react if he found out months later he was not invited to a teammate’s secreate wedding? Probablyyyyyy a subgram like this that everyone thought was about Isaiah Thomas. 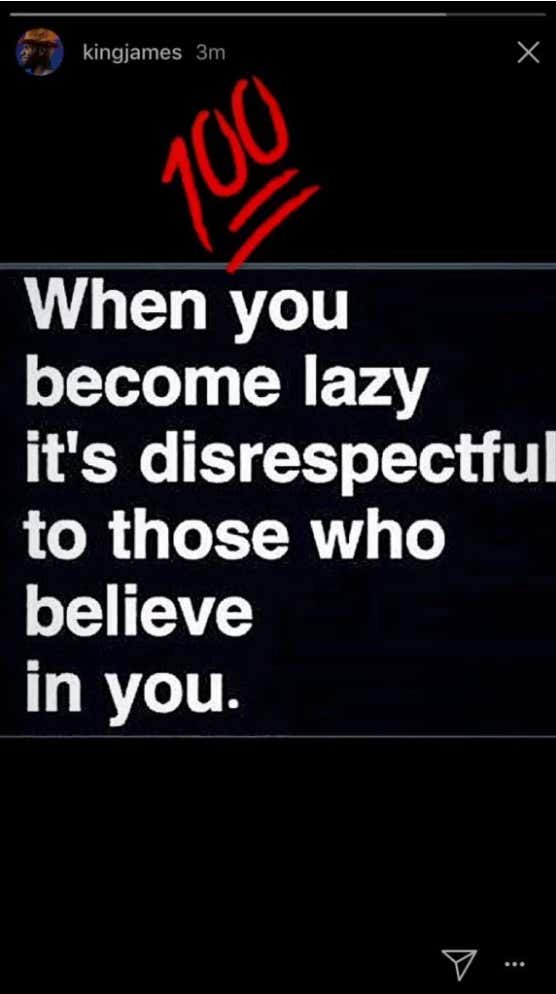 To those who say Rose could have even gotten married during the All-Star break don’t understand that Rose probably thought he’d not only be starting in the All-Star Game, but probably even be a captain. One (1) year of blogging about Derrick Rose has taught me a lot about his brain. 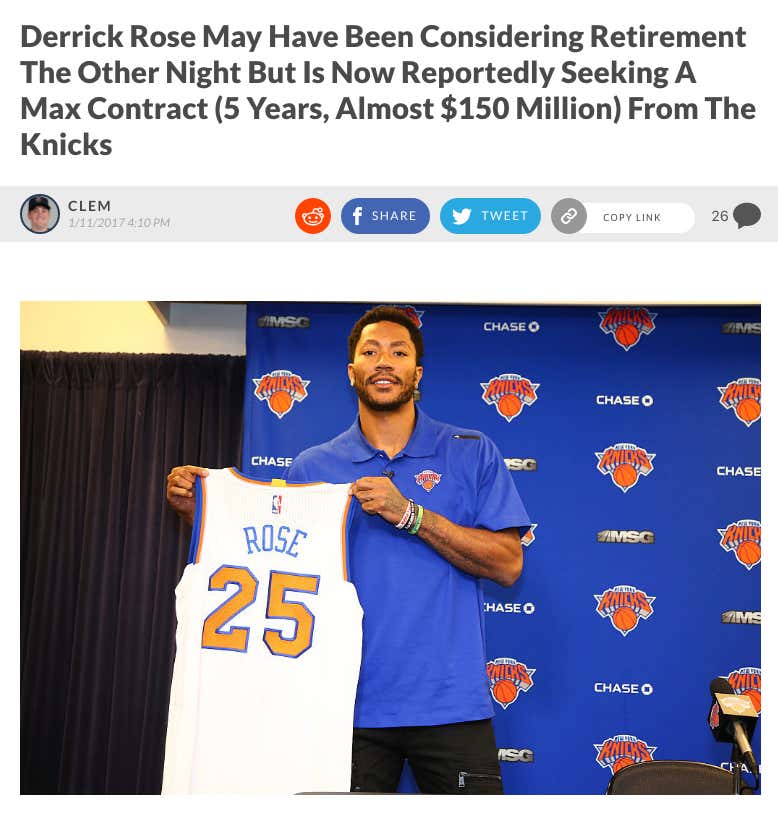 Regardless, I hope these rumors are true for two reasons. One, because I’m a sucker for true love. And two, because I’m pretty sure Isaiah Thomas keeps offering a pound to Kevin Love just to see if Love daps him with his fractured hand so IT can out Love as a faker while Derrick Rose took a two week vacation to get fucking married. I’m just as much a sucker for love as I am other teams locker rooms devolving to Defcon Knicks.