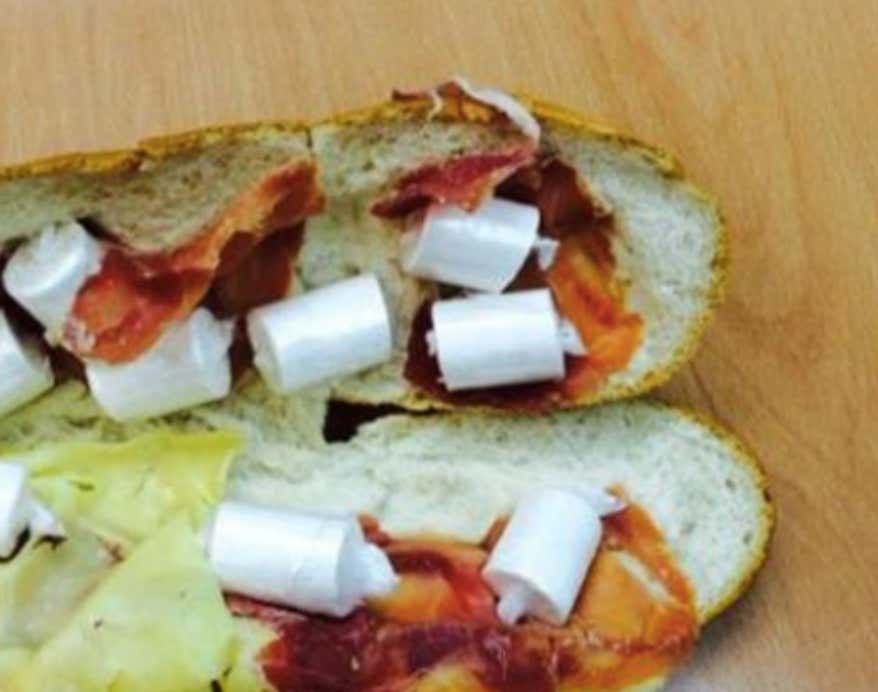 The nearly 47-minute video posted by the Northwest Indiana Times shows a woman pick up an order of food from Broad Street Gyros in Griffith in late November.

Griffith Police Cmdr. Keith Martin said before she could even get home and open the bag, the woman received frantic calls from the business.

“The people actually looked in their bag and found an extra container,” Martin tells WBBM Newsradio. “That contained a white, powdery substance which we later tested and tested positive for cocaine.”

Once she allegedly realizes the drugs went to the wrong customer, Demoff is seen yelling at a co-worker and frantically calling the customer.

She’s been charged with possession and attempted dealing of cocaine and is currently free on bond.

At this point, I’ve been blogging for a good 4 years. And at this point, I’m convinced every single fast food place is also selling drugs. Every single one. The heat map for quick dining establishments that double as fronts for drug dealers looks something like this 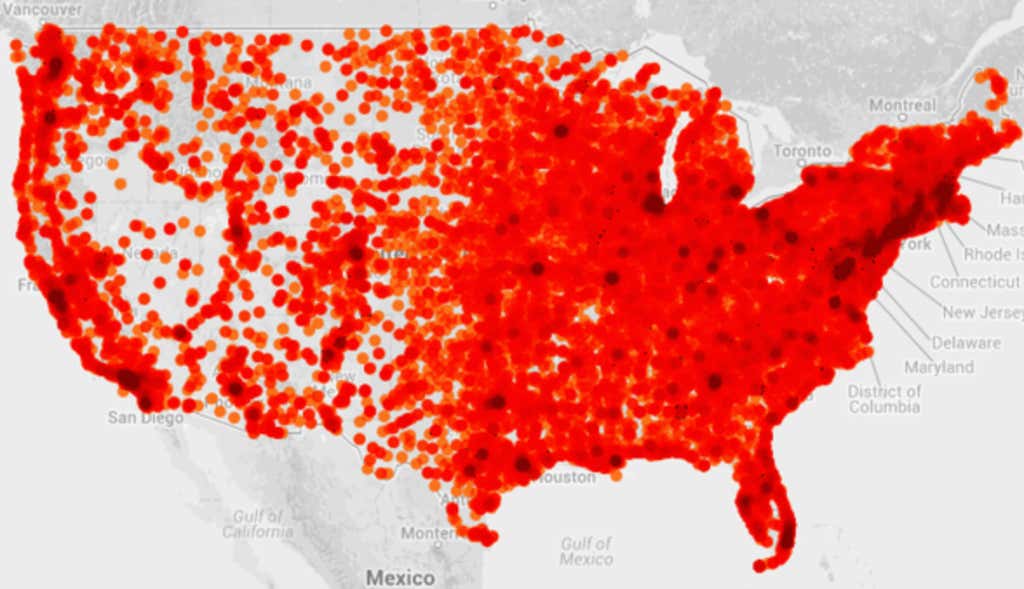 What I don’t know if this is a new thing, or if drug dealing and frozen meat have always gone together like lamb and tuna fish. I have a feeling it’s the latter. It just seems like a really convenient way to move product, especially back in the day before credit cards. Everything being handled in cash, books could be manipulated, cocaine could be stored easily, and security cameras weren’t a thing. They just threw Ronald McDonald on their signs to make everything look hunky dory, and then next thing you know you have a full-fledged cocaine ring at the Golden Arches.

So when you think about…Gus Fring from Breaking Bad was the worst thing to happen to fast food restaurants since they started putting calories on the menu and claiming processed foods were “bad for you” and eating McDonalds every day is “detrimental to your health”. Los Pollos Hermanos…actually narcs? Scary to think about.