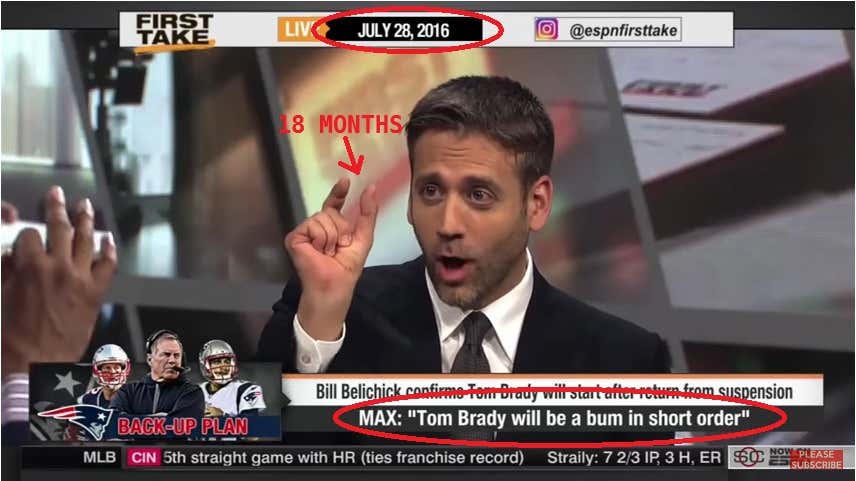 It’s a busy time around here, obviously. We’re just six days away from a Super Bowl between two of Barstool’s biggest cities. There are stories to be covered. Grudges to be made. Hatred to be shown. Parties to be attended. A Mall to visit. I guess. But no matter how much is going on, it’s still important to make time to recognize special events.

Today is Tom Brady Cliff Day in New England. We are now officially one day beyond the day Max Kellerman said Brady would become “a bum.” Back on July 28, 2016, Kellerman went on ESPN’s signature talk show and said that the GOAT had 18 months before he fell off “the cliff.” At most.

Not that I’m hating on Max Kellerman. The last thing I’d want is for anyone to remind him of today’s date via his Twitter account @MaxKellerman because he’s talked before about how duuuhhh dumb they all are and how he hates hearing from them. I only bright this up because halfway through his explanation he said how no one will remember he said this.

Well he’s wrong. I remember. And I’m sure Stephen A. remembers. I’ve had this same expression listening to this buffoon ever since. 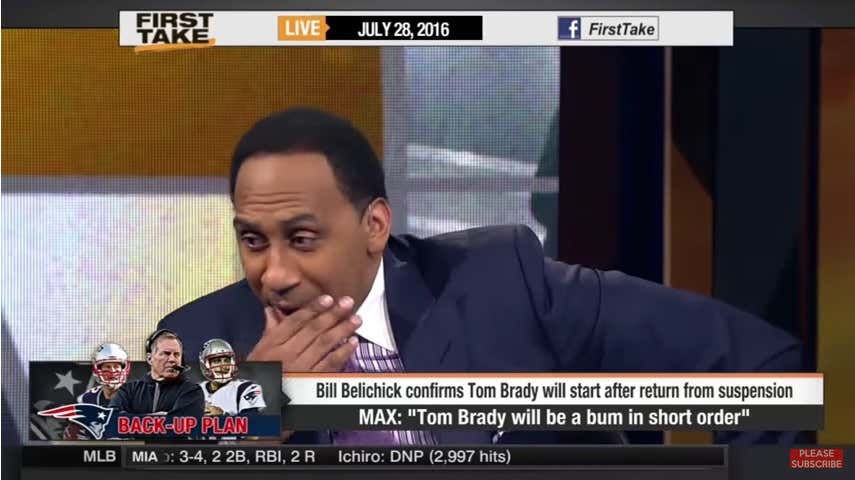 P.S. Reminder: Do NOT contact him at @MaxKellerman. He does not want that.