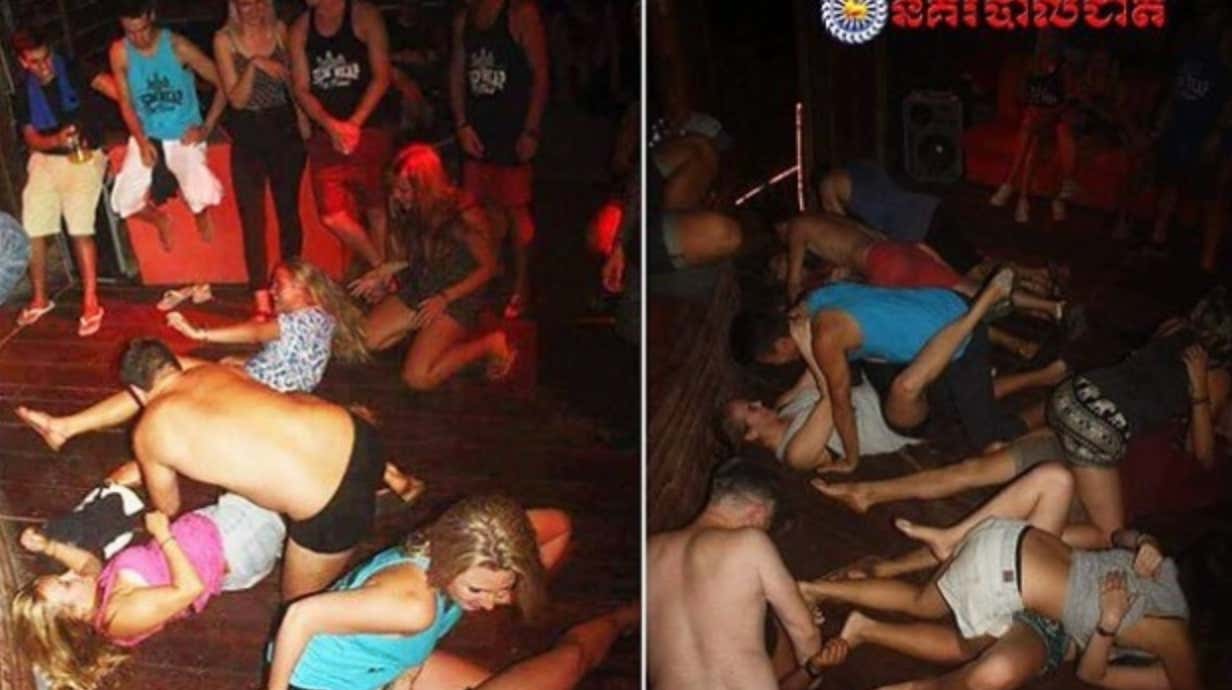 CBC- Two Canadians are among 10 foreigners charged in Cambodia with producing pornographic pictures, after they were arrested at a party in Siem Reap where they were dancing and rolling around on the floor with clothes on.

Police said they raided a rented villa near the country’s famed Angkor Wat temple complex on Thursday where the foreigners were taking part in what organizers billed as a pub crawl and found people “dancing pornographically.” While almost 90 foreigners were detained, all but 10 — the alleged organizers of the event — were released.

The others arrested include five British nationals, one Norwegian, one New Zealander and one from the Netherlands. The statement on the arrests posted on the National Police website Sunday included photos showing clothed young adults rolling around together on a dance floor.

The prosecutor of the Siem Reap provincial court, Samrith Sokhon, told The Associated Press by phone that those charged face up to a year in prison if convicted.

“Any people producing pornography is contrary to Cambodia’s traditions,” he said.

Producing pornography is contrary to Cambodia’s traditions? Hmmm. Let’s take a little look at some of Cambodia’s “traditions.” From 1975-1979, the Khmer Rouge regime murdered between 1.5 and 3 MILLION people. Anyone suspected of having ties to the former government, anyone considered to be an “intellectual” (which amounted to having a college education or playing an instrument, for example), and anyone without agricultural skills was systematically executed and buried in the mass graves that became known as the killing fields. It was a genocide that wiped out around 25% of the country’s population. Even today, almost 40 years later, they’re still discovering the remains of the victims. 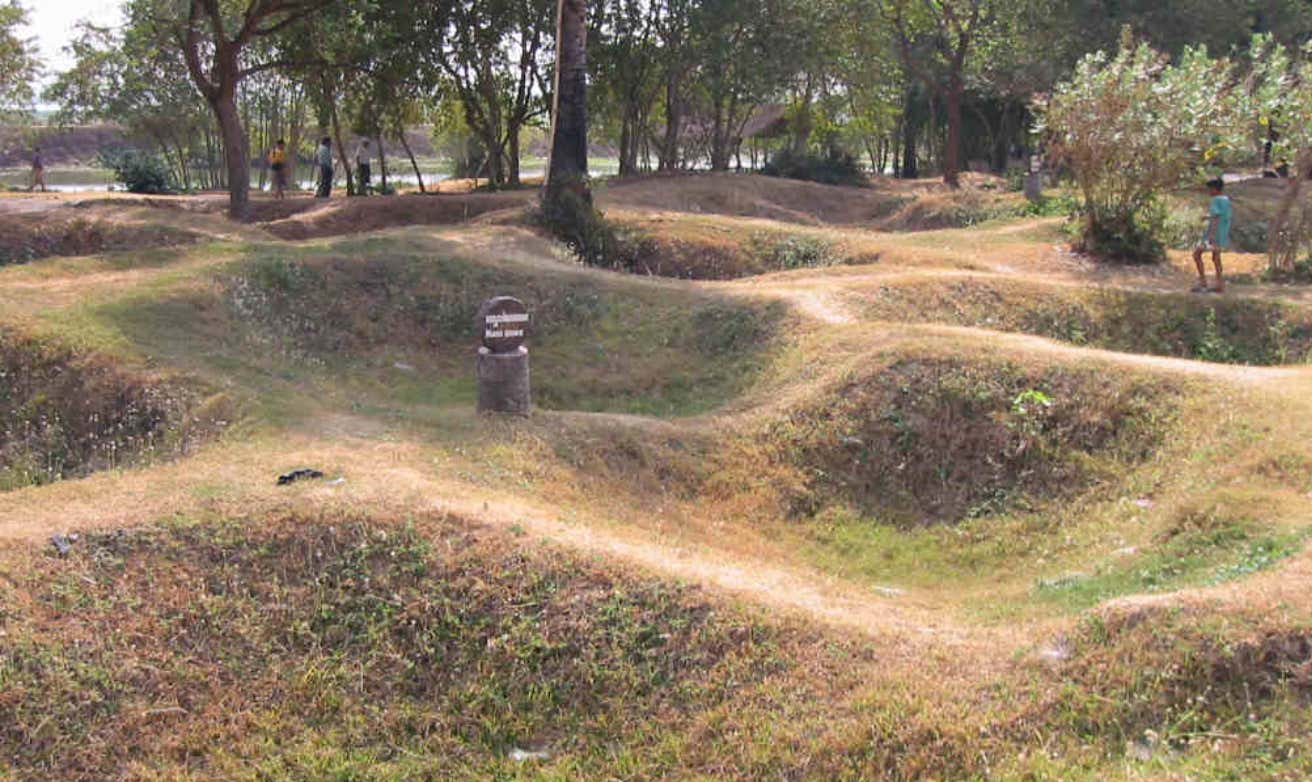 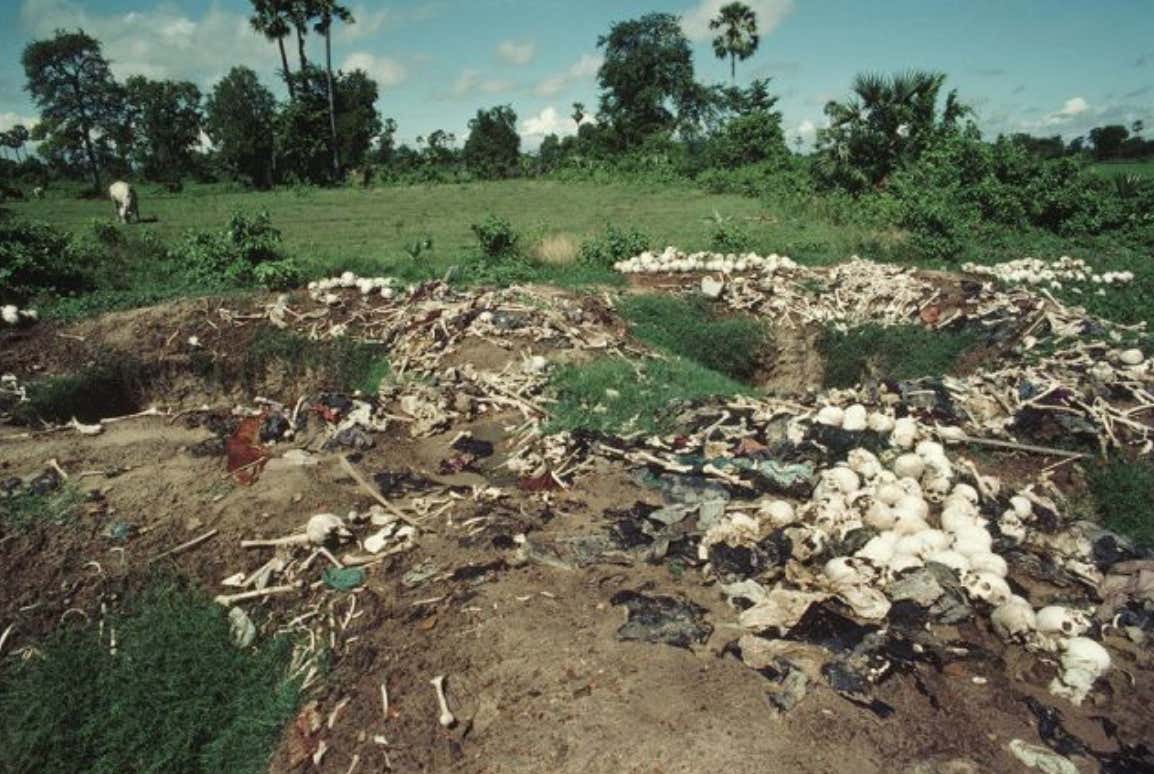 All I’m saying is, a little pornographic dancing doesn’t look so bad against Cambodia’s “traditions.” Check your Wikipedia page before you start claiming a rich history of good behavior, Cambodia. And that’s talkin’ history! Now, on to the dancers… 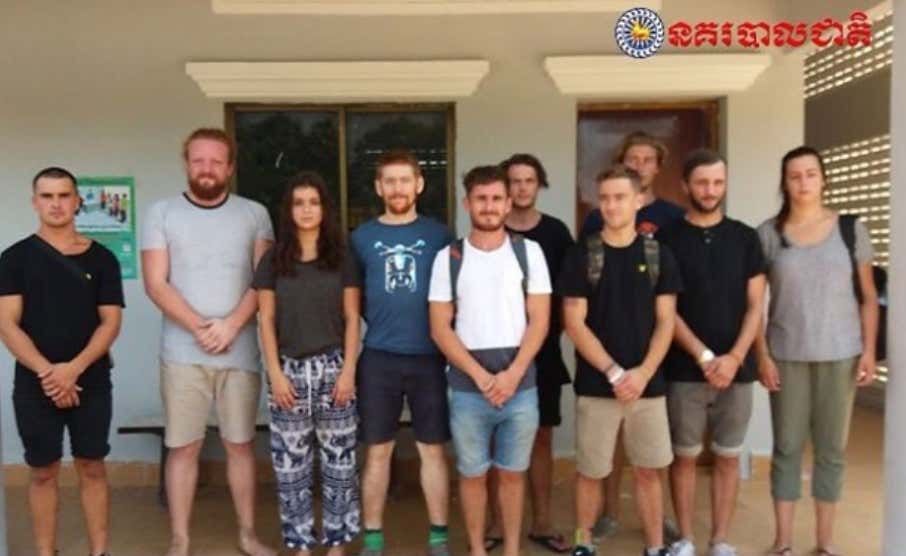 Seriously? This is the crew that was daggering on a pub crawl in Cambodia?

I know you shouldn’t judge a book by its cover, but it’s so rare to see daggering performed by a guy wearing khaki cargo shorts and a fanny pack. That picture looks like the Christian group you’d send to build hospitals in Guatemala. If I had to guess, I’d say these kids got their hands on some  Cambodian tree frog saliva that helps you communicate with the forest. Side effects include humping a partner on the dance floor– the actual floor.

I’ve never been to southeast Asia but you hear a lot of stories about western tourists getting locked up for smuggling drugs or spitting in the streets. I’d like to think that if I went over there, I would be on my best behavior. But I’ve also never tried opium, so there’s no telling what could happen. We all like to let our hair down on vacation. But if you want to turn the floor of your mud hut into a twister board, maybe head to Mexico instead.

Based on the distance between him and the next guy for the group photo, something tells me this guy took his dick out a little too early:

Don’t be that guy. And really, don’t be any of these people. Cambodian prison is no joke.