Tom Brady cuts his weekly interview short on WEEI, saying he was disappointed to hear of news that host Alex Reimer made a disparaging remark about his daughter when discussing the “Tom vs. Time” documentary. Brady said he is evaluating if he wants to be on the show again. 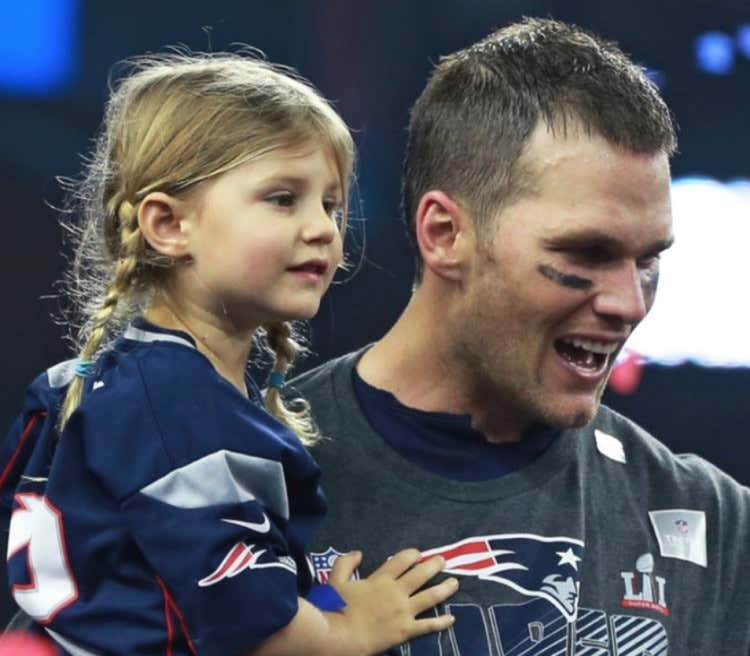 So Tom Brady did his weekly phone segment on WEEI this morning, took one question about a part time co-host named Alex Reimer calling his 5-year-old “an annoying little pissant,” calmly and politely cut off the interview and cast doubt on whether he’ll ever come back on. And if two years of being full time with WEEI taught me anything – and it did – right now people at all levels of management are on their knees with their arms around a toilet, stress-puking their guts out.

And you can chalk up another victory for Brady in the 100 Years War between him and the Boston sports media. He could have just blown off the call and everyone would have understood. The team flies out for Minneapolis at 9 a.m. He’s got the weight of the football world on his perfectly pliable shoulders. He just had the stitches removed from his throwing hand. And some creep from the show he calls into was bullying his daughter on the nighttime show just a few of days earlier? The entire human race would’ve been on his side.

But instead he took the high road. He went total The Four Agreements on them, and met his obligation to come on. But delivered a message loud and clear that the media needs him a lot more than he needs them. Between Kirk & Callahan, Felger & Mazz, Dan Shaughnessy, Ben Volin, the failing Boston Globe and practically everybody on NBC Sports Boston, Brady has taken grief over TB12 Fitness, his recipe book, deflated footballs, Trump, allegedly stealing money from Best Buddies, The TB12 Method book, Alex Guerrero, PEDs, supposedly being all bitchy about Jimmy Garoppolo and for making his own documentary series. Just to name a few. And finally he’s had e-fucking-nough.

They broke Tom Brady. It took someone coming after his little girl, but they finally learned that is where he draws the line. Having some unit off the assembly line at the Sports Radio Host Droid Factory trying to make a name for himself  giving shit to his preschooler was the last straw. They finally went one Edgy Hot Take too far. So now Brady will spend the morning getting a send off from a throng of Pats fans on his way to his eighth Super Bowl, while Reimer is being sent home from Minneapolis as WEEI tries to put out this fire before it burns the place to the ground.

UPDATE: WEEI has suspended Reimer indefinitely. And that makes the score currently The GOAT: 1 Billion, The Boston Media: 0.