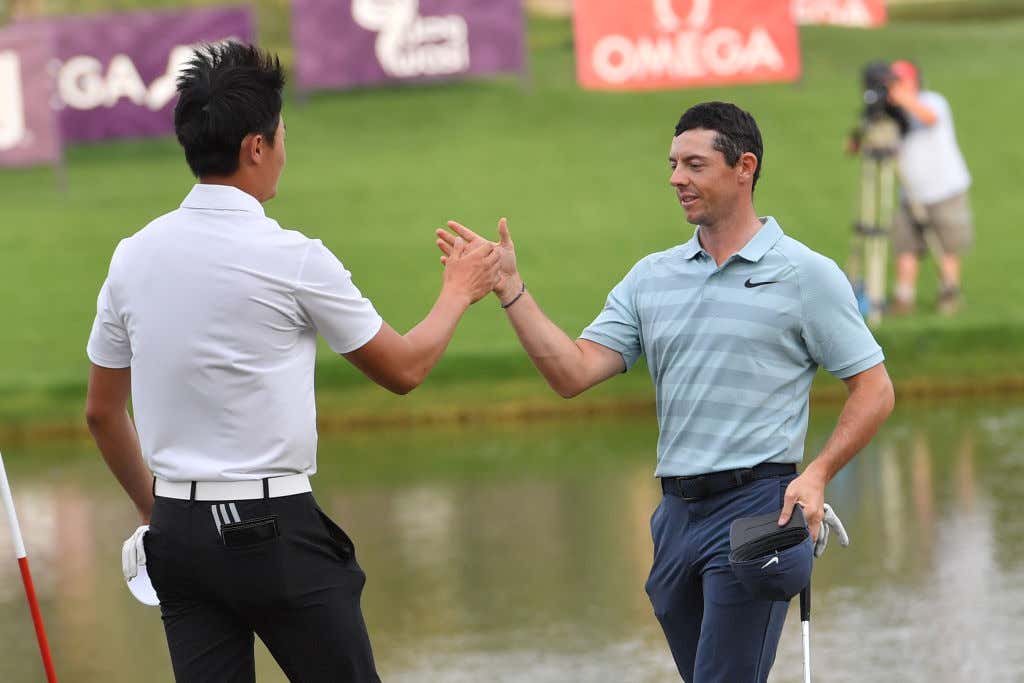 Things got very tight down the stretch. After a lock of back and forth, Li buried this birdie bomb on 15 to tie the lead.

After Rory bogeyed 16, he trailed by 1 and needed this up-and-down for bird on 17 to keep the pressure on.

Pure sex. Watching Tiger scramble this week and Rory here reminds you what wizardry these top guys possess around the greens. It’s shocking.

Haotong had to answer to hold the lead.

Rory then roasted a good one on 18 and reached the green in two while Li found the rough and had to layup. With Rory a lock to birdie, Li needed 4 to win.

Incredibly gutsy stuff from the 22-year-old Chinaman. This is Li’s second European Tour win; the current no. 60 in the official world golf rankings will certainly climb several spots this week.

In back-to-back starts after 3.5 months off, Rory’s finished tied 3rd and now solo 2nd. He’s 40-under par in those two starts with a scoring average of 66.7. He leads the Euro Tour in driving distance with an average of 318.5 yards.

PS — Bonus clip from The Mechanic.