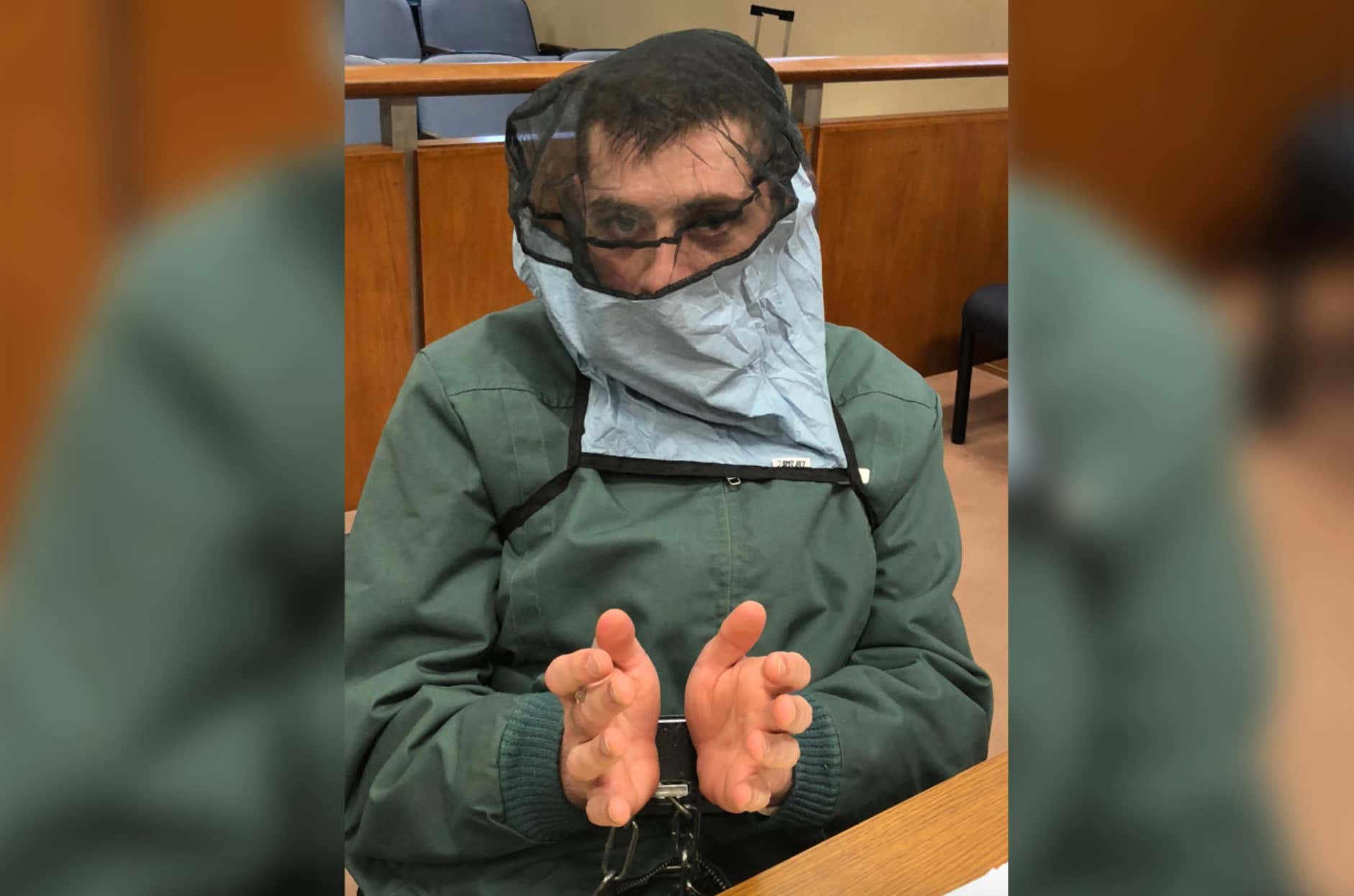 NYP- An accused heroin dealer is being forced to wear a “spit shield” at the defendants’ table — because he has a history of splattering his attorneys with saliva during court appearances.  Brooklyn native Tyson Poulos was ordered to don the Hannibal Lecter-style headgear following two surprise sprayings in upstate Warren County Court — and after a letter revealed his plans for hocking on the judge’s face. The 33-year-old loogie man’s latest lawyer this week tried and failed to convince the judge to have the facial contraption removed — arguing that it makes his client look guilty, and that his predecessors are just full of spit. “He completely denies that he ever spit on these attorneys,” defense attorney Norman Steiner told The Post. “I meet with him all the time. I sit a foot across from him. I have no fear of him. I don’t think he’s ever going to spit on me.” But that’s what the last guy said. Poulos was first fitted with the facial contraption in 2014 — after he reportedly spat on an attorney and claimed he had hepatitis, according to local paper The Post Star.

Laugh out loud funny. That’s straight out of Sons of Anarchy. Kurt Sutter 100% wrote a scene where one of the Sons spits in a judge’s face after handing down a guilty plea.What a way to make a name for yourself if you’re a criminal. You don’t often see a criminal stand out in court. They’re usually wearing an orange jumpsuit and that’s that. Not this spit-launching heroin dealer. It’s gross but it’s pretty badass at the same time. The article references Hannibal Lecter which is a great comparison and that’s great company to be in. I don’t wanna walk into court like every other loser criminal. I wanna open eyes. This guy has done it.

By the way, I love how the dude’s lawyer fought against his client having to wear the spit shield cause it makes him look guilty. Uhhhhhhhh yeah dude that’s true. It makes him look like the most guilty person who has ever sauntered into a court room. But maybe your client should’ve thought about that before he started letting his saliva rain all over the court room. My guess is the spitting heroin dealer doesn’t care if he looks guilty. Once you make the decision to be the guy who spits on attorneys in court, you decide that you’re gonna go to prison.