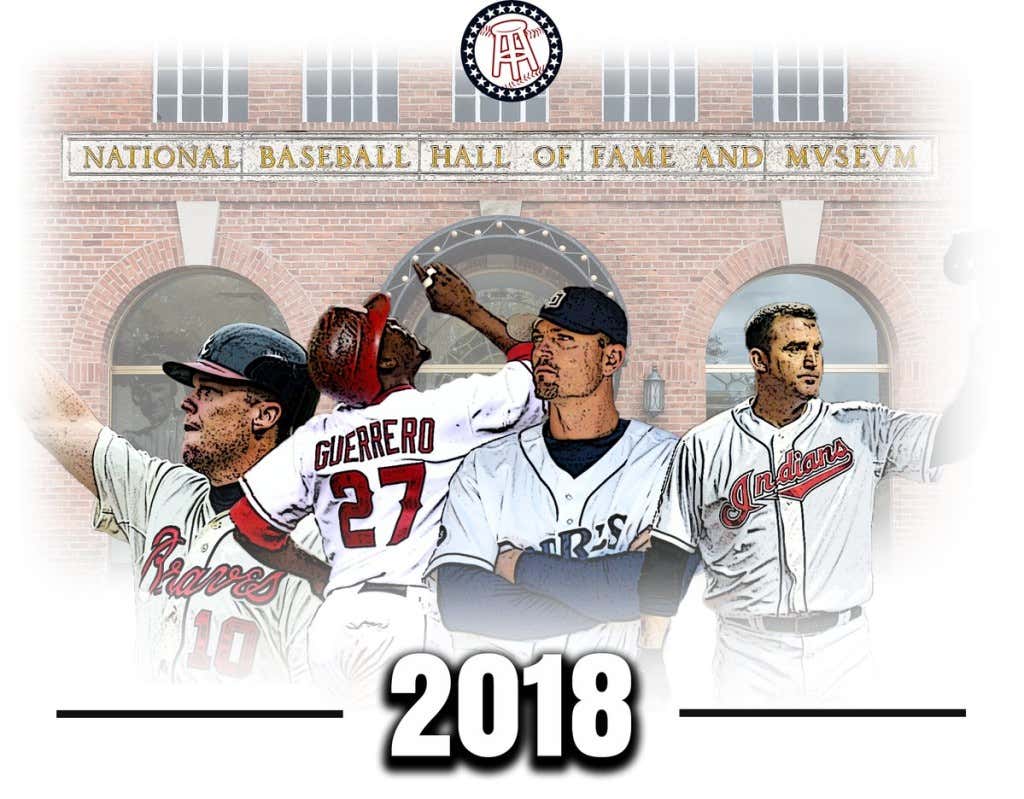 For some reason unbeknownst to me, the baseball Hall of Fame is more cared about, more discussed, more debated, and is held in a higher regard than any other sport or activity in the world. It’s a gift and a curse. It tells us that the game of baseball is still alive and well in the hearts of passionate sports fans, but it’s also one massive fucking headache to deal with, since the whole Steroid Era players on the ballot thing isn’t exactly a new development anymore. Because of this, you’re going to have a tough time convincing either fans or voters on how to feel about it since their stances are already firmly established.

Chipper Jones is in, Jim Thome is in, Vlad Guerrero is in, and Trevor Hoffman is in. Those are all no-brainer Hall of Famers for me and for most people. But then you take a look at the fringe guys, and thus we’ve created another heated debate for another calendar year until Hall of Fame voting season rolls around again. Edgar Martinez. What the fuck, man? HOW IS THIS MAN NOT IN THE HALL OF FAME? HOW! I would love to hear a non-voter’s attempt at a rational explanation to keep this man out of Cooperstown. Someone find me the names of these people so that I can body them on Starting 9. I’ve already written extensively about Edgar’s Hall of Fame case; he’s a Hall of Famer.

I don’t know where Mike Mussina fits in all of this. There’s no real reason as to why Mussina isn’t in the Hall of Fame yet, outside of the dominance argument. He never won a Cy Young award, but he finished sixth place or higher nine times, including a runner-up in 1999. I’d say nearly a decade’s worth of being one of the top pitchers in the game, plus 270 career wins is more than enough to gain entry into Cooperstown.

THEN, you get to the steroid guys. Like we discussed on the Evening Yak last night, if you’re a voter who prides themselves on keeping steroid users out of the Hall of Fame, just give up. You’ve already failed. There are steroid users in there already, and more will get in with or without your vote. Looking at it on a case by case basis is the best way to go. I’m not saying that all steroid guys with Hall of Fame credentials should get in. For example, I don’t think Sammy Sosa is a Hall of Famer. He was completely a steroid creation whose game was solely built around hitting home runs.

But Barry Bonds? Roger Clemens? I don’t give a fuck if the stage is empty because all of the active Hall of Famers organized a walkout to protest their induction ceremony. Get ‘em in. They’ll get over it. And if they don’t? Fuck ‘em. I’m sure there are plenty of Hall of Famers who might not have taken steroids, but certainly took something to enhance their performance. And if they had played during the Steroid Era, some of them sure as shit would’ve either been tempted to or actually convinced to juice up with 80% of the rest of the league who did the same thing.

I love baseball. I think we’ve made that abundantly clear here. What I don’t love is that here we are, the day after the new Hall of Fame class got announced, and we’re barely talking about guys like Chipper Jones, Vlad Guerrero, Jim Thome and Trevor Hoffman. And damnit, we should be. But we also have to speak up for guys like Edgar Martinez, who probably wants to shout from the highest mountain, “HOW THE FUCK AM I NOT IN THE HALL OF FAME YET!” But instead, he tweets something like this because he’s a classy dude.

Next year is his last year of eligibility on the ballot. He earned 70.4% of the vote on this year’s ballot, falling just short of the 75% needed to get in. My guess is that he’ll get in on his last try, but it’s bullshit that he had to wait this long. His numbers didn’t improve over the last ten years. His numbers when he (hopefully) gets in next year are the same as they were ten years ago when his name first appeared on the ballot.

I’m crossing my fingers here, but I think next year will be a big year for these fringe players that we talked about here today to make some big leaps. Roy Halladay will posthumously get inducted as a first ballot Hall of Famer next year, as the deceased are allowed to bypass the rule that you must wait five years after retirement before appearing on the ballot. Mariano Rivera is an automatic, Todd Helton is an interesting discussion to be had, and Andy Pettitte is another one who will be fun to put a case together for. But the door will be open for these other guys who have been waiting for several years to gain some major traction.

Next year, I predict that we’ll see a Hall of Fame class of Rivera, Halladay, and Martinez. I think Mussina is about two years away, and I also think that the voters will make Bonds and Clemens sweat it out. Kind of like how the voters prevented Roberto Alomar from having the distinction of being called a first-ballot Hall of Famer over the John Hirschbeck spitting incident, I wouldn’t put it past the gatekeepers to hold off on putting Clemens and Bonds in until their final year of eligibility four years from now.

Schilling? Schilling should’ve been in on the first ballot. I’m sorry, but if we kept baseball players out of Cooperstown for the dumb shit that they’ve said or done over the course of their entire lives, then there might be like two dudes with a Hall of Fame plaque. Get the fuck over it, you high and mighty losers, and vote for Schilling. His baseball resume speaks for itself. Nobody’s ever made it into the Hall of Fame for their tweets, so it’s a little ridiculous that we’re holding people out for them, too.

And last, but not least, a big time congrats to Chipper Jones, one of the greatest switch-hitters of all-time. To Jim Thome, one of eight men in baseball history to amass 600 home runs. To Vladimir Guerrero, whose career OPS+ (140) is the same as A-Rod’s. And to Trevor Hoffman, who retired as baseball’s all-time saves leader. Hell of a career, and a hell of an honor achieved to all four men. Welcome to Cooperstown, boys. Enjoy your immortality.