Subway Restaurant: home of the five dollar footlong and blacked out, gravity-defying college students everywhere. Based on his can do attitude I’d say he was drinking whiskey. Chances are if that video was filmed twenty minutes later he would’ve had a pee stain on his crotch. Not that there’s anything wrong with that. 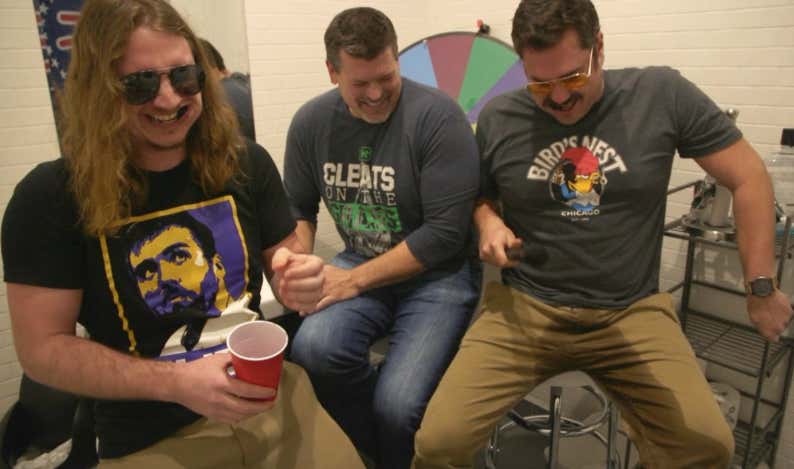 Granted, we don’t know what happened after his friends slingshotted him out the door. He could’ve been hit by a car, fallen in a river, been abducted. Who knows? And who cares? As long as everyone gets a laugh am I right? College is the only time in a young person’s life when it’s acceptable to film yourself attempting to coax your friend to an early death and then laugh about it the next day. Good on them for taking advantage. It’s also the only place where you can get so drunk that your chest caves in causing you to walk around like a twenty-first century cave man. 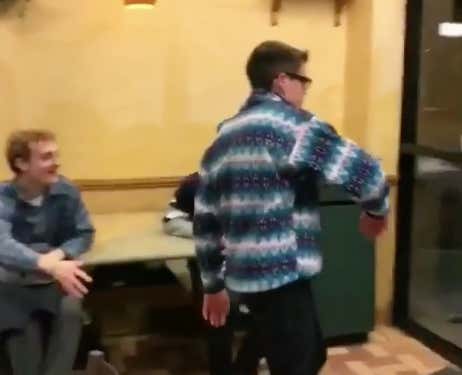 Initially, this video made me miss college but the more I watch it the happier I am that I never have to go back. I have six beers and I’m hungover for a week.  If I drank like those dudes I’d be in hospice. So live it up, boys. Once the hangovers hit the fun’s over.