8 minutes into the 2nd period of last night’s Toronto vs Colorado game, Auston Matthews scored what looked to be the go-ahead goal to put the Leafs up 2-1. However, Matthews got a piece of Bernier’s blocker while he was stuffing that one home which was enough to call off the goal for goaltender interference.

These video reviews usually seem to be rigged in Toronto’s favor but not this time. And Auston Matthews clearly wasn’t a fan of the call.

But instead of continuing to bitch and moan about the call, Matthews got back out there for his next shift about a minute later and reminded everybody of the most important rule in hockey. “Puck don’t lie”.

And this time he made sure to call his own goal before the shit bag refs could take this one away from him too. 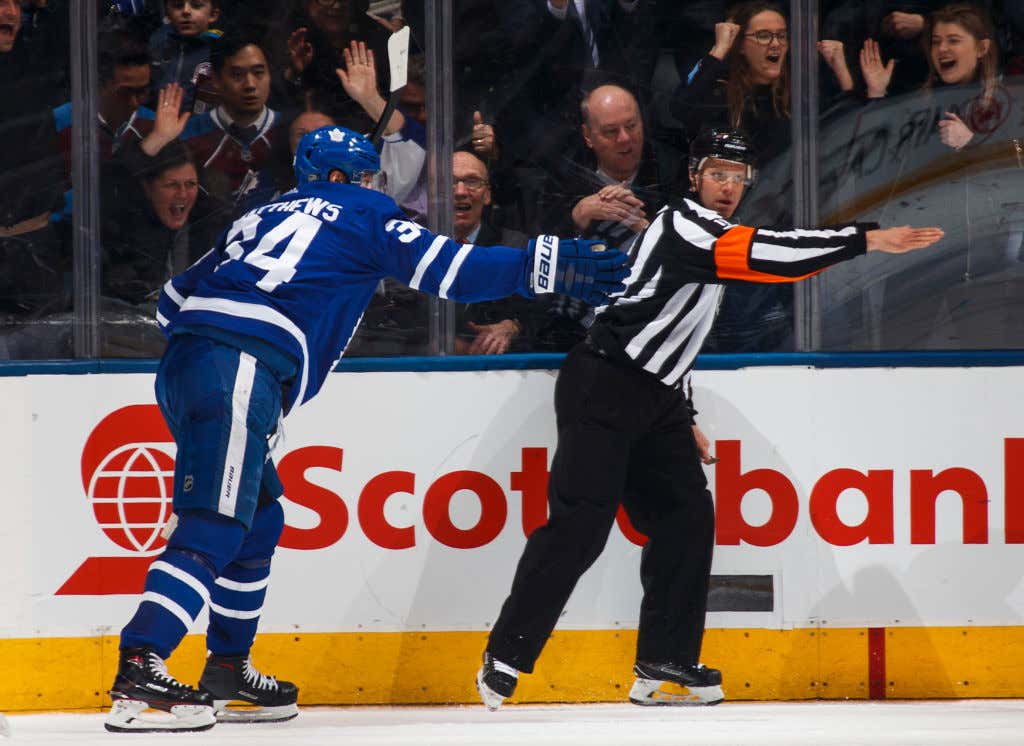 What a beauty. Not too flashy but still cocky as hell. That’s what makes Auston Matthews the superstar in this league that he is.

Unfortunately for Matthews, this would be the last goal that Toronto would score on the night and Colorado followed it up by scoring 3 more of their own. That’s now 10 wins in a row for the Colorado Avalanche. And their first win during this stretch where they didn’t get a point from Nathan MacKinnon.