Digital Spy - Idris Elba, Tom Hiddleston, James Norton… there’s been loads of talk over who will play the next James Bond when Daniel Craig eventually hangs up his tuxedo – but the latest rumour is sure to shake (and stir) things up a bit with a younger audience.

According to Spectre’s film editor Lee Smith, former One Direction star Harry Styles could well take on the role of 007 after his success in last year’s Dunkirk.

Speaking to the Daily Star, Smith said: “Harry could do it. If they wanted a younger Bond then why not? He has got it.”

And it would make sense, as Dunkirk director Christopher Nolan has been tipped to helm the next Bond film.

I gotta be honest – I feel like I should hate Harry Styles, that that is what is expected of me, that I should be hardwired to dislike him.  I wasn’t a 1D guy and a “former teen heartthrob boy band member” kind of just lays out the welcome mat for you to despise him.  But…I don’t think I do?  I think maybe he’s actually super talented?

His solo album was shockingly good.  It was mature and cool and laid back and, dare I say – real music.  His job in Dunkirk was amazing as well.  First acting gig in an Oscar caliber movie and he nailed it.  And now he’s in talks to play one of the most (if not the most) iconic movie characters of all time – James Bond.  What a fucking career trajectory.

I’m still 1,000% team Idris Elba as Bond.  But I could at least entertain the thought that Harry could pull it off. 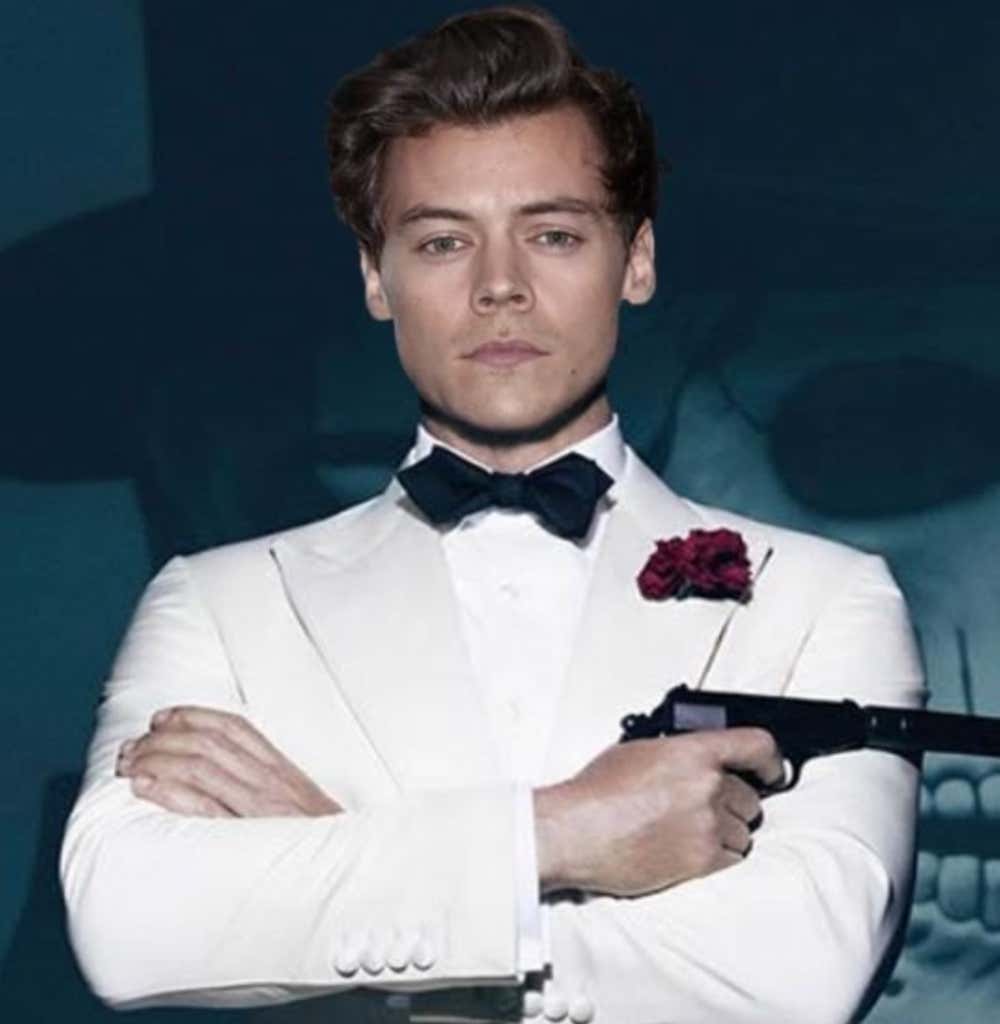