While everyone, including myself, was celebrating Stefon Diggs, Case Keenum, and the Vikings miraculous win over the Saints last night, we forgot about the most important member of the squad, Grandma Millie. Millz is nearly 100 years old, and was given the gift of seeing her Vikings live for the first time since she fought along side of them in the late 7th Century.

And Grandma F Millie had the time of her life. She had her hair up nice, not quite as well done as Joe Buck’s hair, but close, she had her signs, and she had her great-great-great-granddaughter along for the ride. 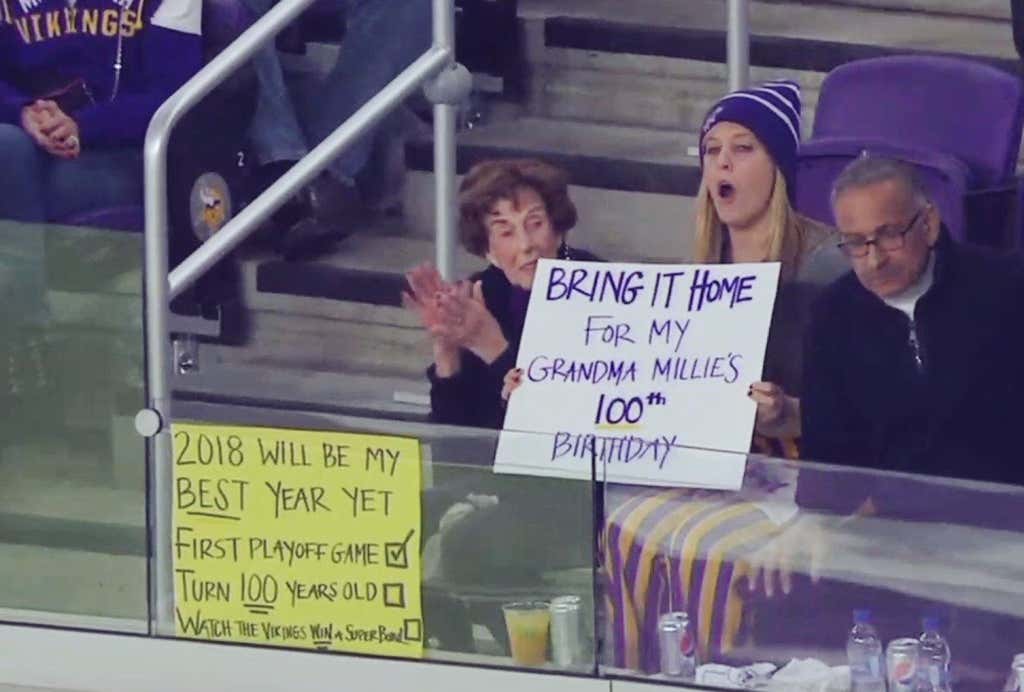 And the best part, of course. Grandma Millie thinking this would be the last Vikings playoff game she’d see live, pounding down some grog like she used to during prohibition. 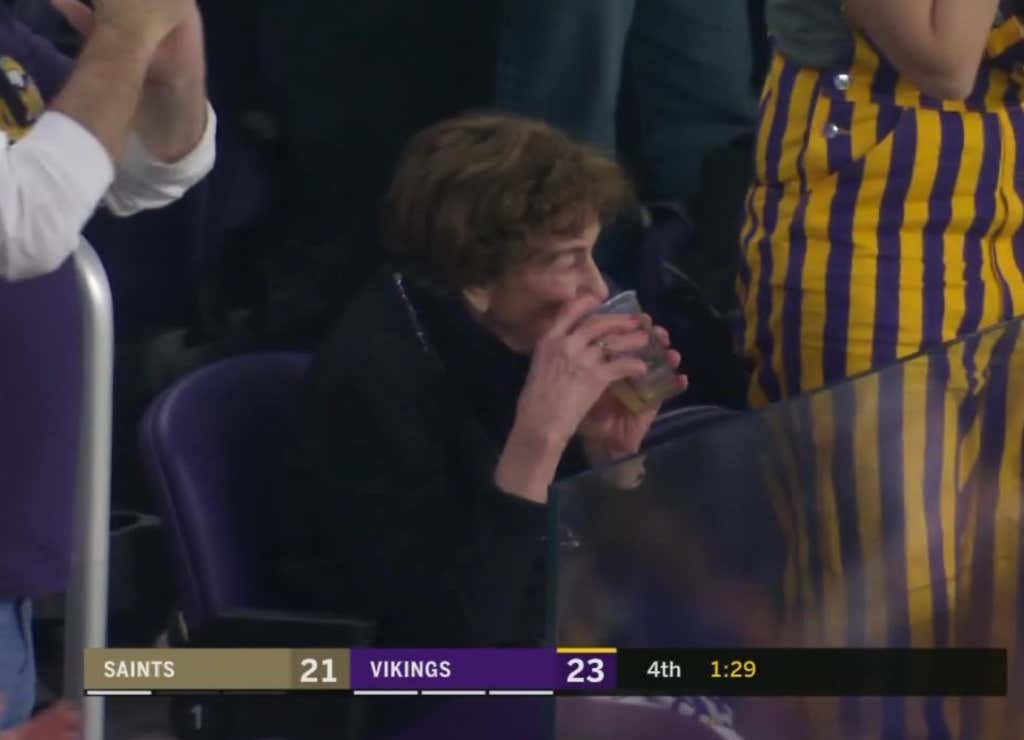 But alas, the Vikings won and now our girl is going to the Super Bowl after the Vikings bye week vs the Eagles next week! 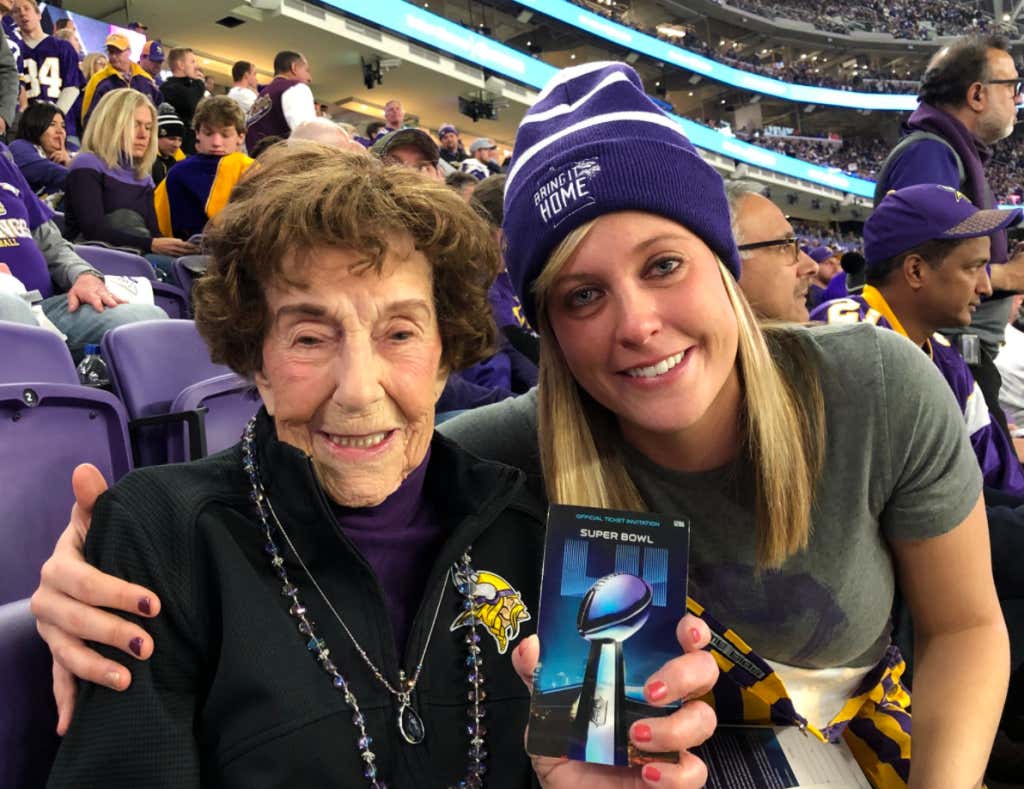 Granny M giving me hope that when I’m 99, I too will get to see my team win a playoff game. Just kidding, I’ll be well dead and gone by then, just have to hope Dan Snyder dies first and someone with an actual brain buys the team. But that’s neither here nor there, go Vikings, do it for Grandma Millie.