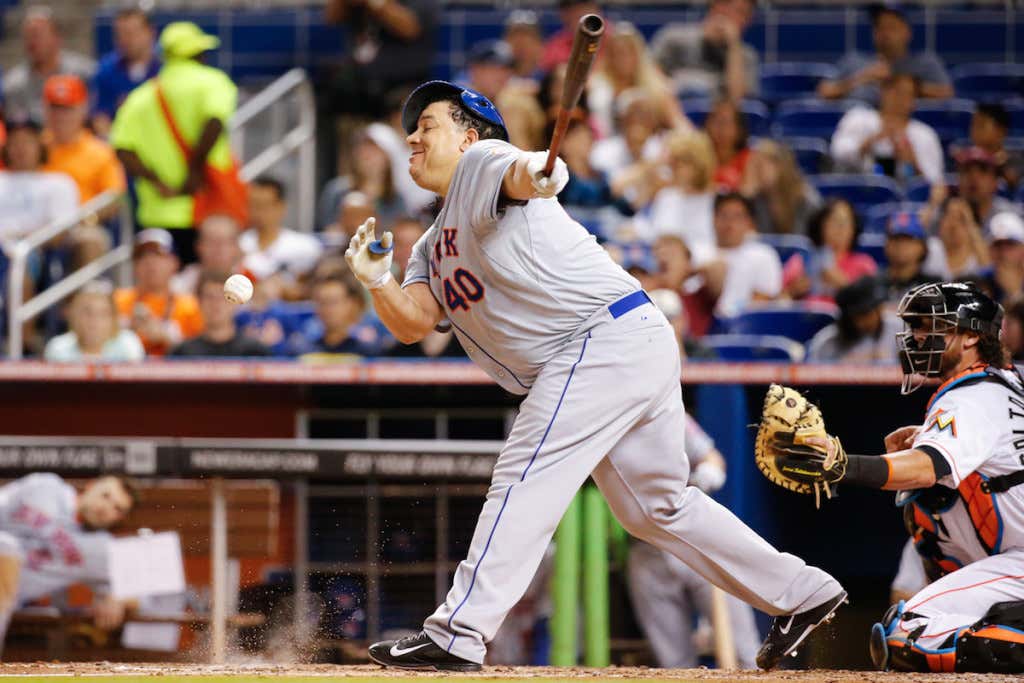 If you wanna piss off a fan of a National League team, just talk about how great the DH is. I’m obviously biased, because I grew up a fan of an American League team who also happened to have the best DH in the league for a decade and a half, but NL fans wanting to see their pitchers hit has always been baffling to me.

I get it — watching Bartolo Colon attempt to hit a baseball is entertaining, and watching guys like Madison Bumgarner and Zack Greinke hit two home runs a year is exciting when it actually happens, but you know what’s even more exciting than that? A guy who hits home runs all the time. You know, like a DH.

“I am against the DH in the NL. But there is a big but. But, I could see it happening. I do feel there is more momentum going into that for the future.”

I just asked all the NL fans in the office if they were for or against the DH in the National League, and this is how it shakes out:

Of course, to the NL fans who didn’t want the DH, I asked why. Literally every single one of them used the buzzword “strategy”. It’s actually insane that fans would rather see a pitcher bunt runners over to second and third than see a DH hit a baseball into the 18th row for a three-run home run. Kevin talked about the strategy that goes into whether or not to use a pinch hitter in the seventh inning if your starter is still throwing the ball well, it’s a tie game and you’ve got runners on base. That, I can see as appealing, sure.

That brings us to the other buzzword that was thrown around by everybody, which was “chess game”. And that’s fine if that’s what you’re into, but I’m not watching baseball for strategy or a “chess game”. That’s not to say that I don’t love a good pitcher’s duel, because I one thousand percent do, but nothing gets the crowd roaring like an absolute bomb from a big-time slugger. Pitchers will do that very rarely, which makes it exciting when they actually do, but give me the guy who hits 40 homers over the pitcher who, at most, will hit two a year.

I mean, if “strategy” is your main argument for keeping the DH out of the NL, then let’s think about that for a second. The team who scores the most runs wins the baseball game, correct? Okay, well what gives you a better chance of accomplishing that goal of scoring more runs than the other team, a pitcher or a DH? There’s your strategy right there. Using a good hitter over a guy who can’t hit is actually a pretty good strategy that might pay off more often than not.

I also understand that NL fans are going to be furious with this blog post so please don’t tweet me about this. I’m having a good day and I’d appreciate it if you didn’t try to ruin it. Thank you.