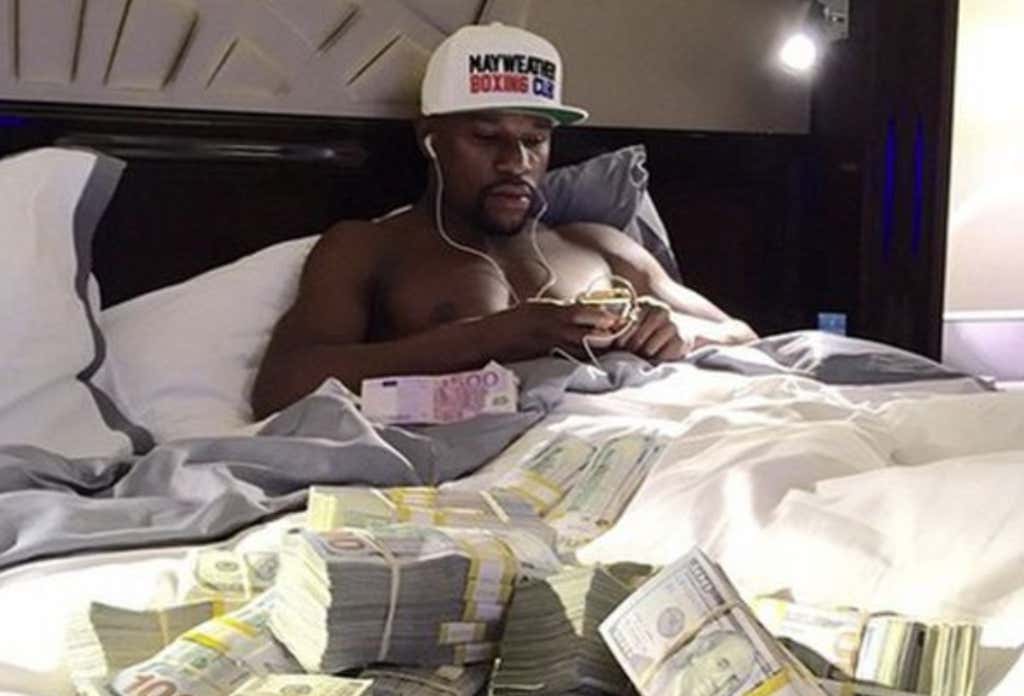 Ok, brace yourself, because you aren’t going to want to laugh but it’s maybe the funniest interview exchange ever. From Men’s Health:

The #MeToo movement. Women speaking out about sexual assault.

This is a very different —

I mean, what can you even say? You can’t be mad. That’s just Floyd being Floyd. The interviewer brought up this very serious topic to Floyd Mayweather, expecting some sort of thoughtful response, that’s on her. Everything in Floyd’s life is about money, hitting women, and not knowing how to read. That’s what his life revolves around. He doesn’t know what the #MeToo movement is any more than he’d know how to solve the ongoing conflict in the Middle East.

There were a few other gems in the interview too. He said he wasn’t carrying any cash on him. 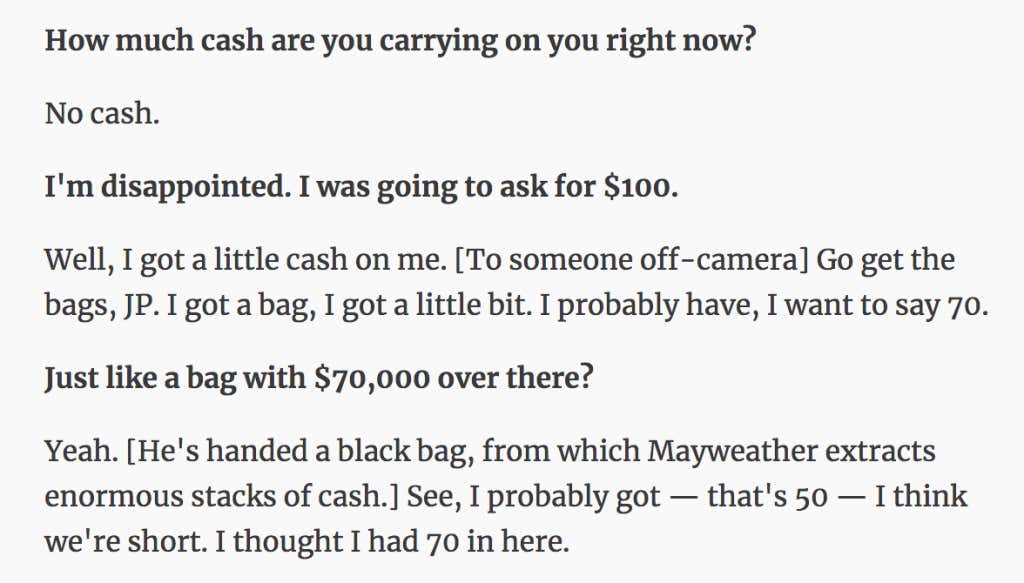 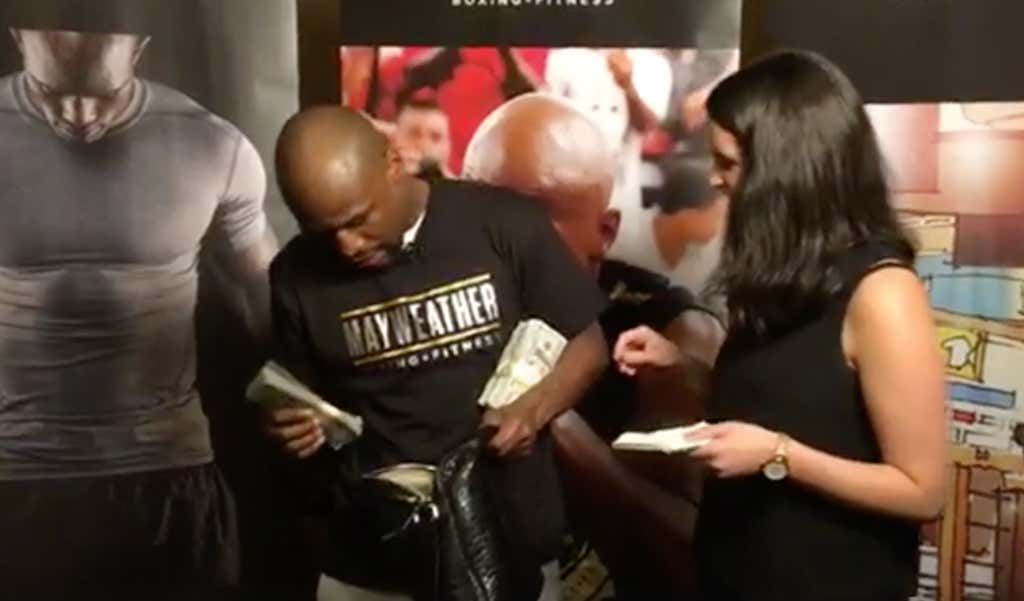 He is legitimately a real life version of how an HBO show about a champion boxer would be portrayed.

Here’s the full interview if you want to watch: