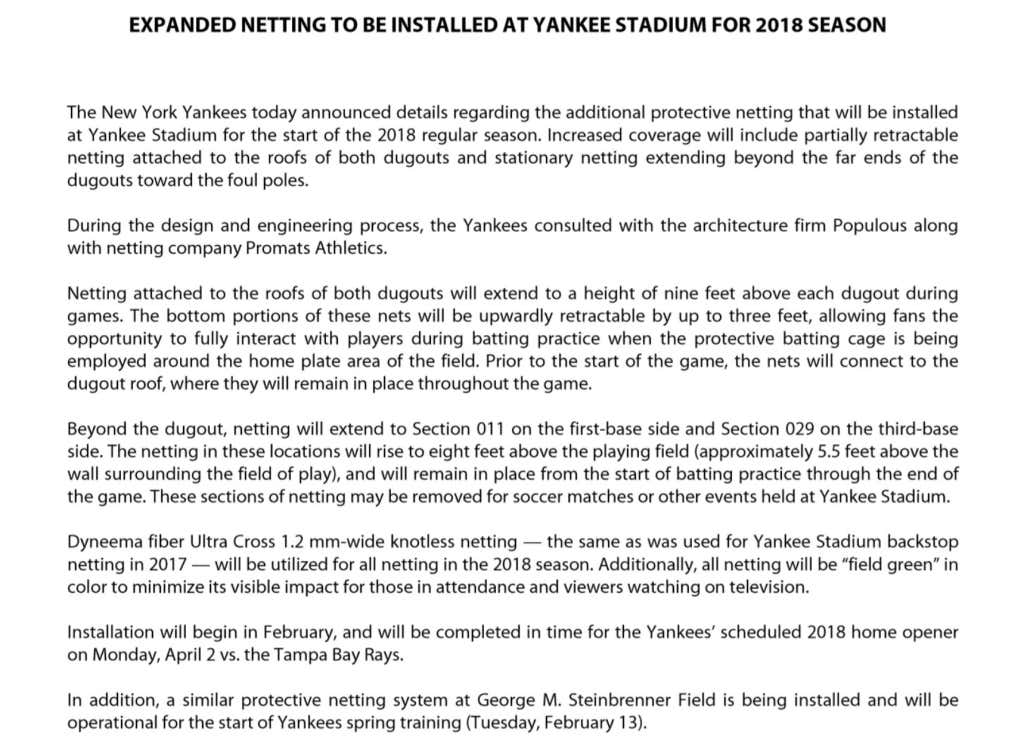 I wonder if there’s going to be actual backlash from this. I honestly don’t know. Back in September a young girl sitting near the 3rd base dugout was drilled in the face by a Todd Frazier foul ball. When this topic got brought up I caught a lot of heat from Dave about having a soft stance on protecting fans. I guess we can’t bring kids to baseball games anymore huh? These balls come in so fucking fast these days there’s sometimes nothing you can do but hope you’re not in the direction of these missiles.

Reporters called Randy Levin to get his thoughts. That weasel seemingly dismissed it like the prick that he is

“I’m not going to talk about the netting,’’ and then ended the phone call. -NY Times

The solution was simple at the time and it still is today. You extend these nets down the foul lines and protect these people from getting hurt. Citi Field did this recently and I went to a game to get a taste of it back when the Rays had their game cancelled because of the hurricane and had to play in Queens. Tickets were literally $25 so I sat like a rich person just to the left of home plate, out of the usual range of the home plate netting. To be honest, I never noticed a difference. To say the netting blocks or distorts your view of the field is legitimately a crazy take. You’re lying through your teeth if you say it bothers you to the point you can’t sit there. As of the end of 2017, 10 major league teams had extended their netting, with others coming out promising to address the issue in the offseason including the Reds, Rockies, and Padres. Others have promised to have discussions on the matter and I suspect it’s only a matter of time before every team has extended netting that at least covers from home plate to the dug outs. This may be a bit unpopular of a move, but it’s without a doubt the right move.