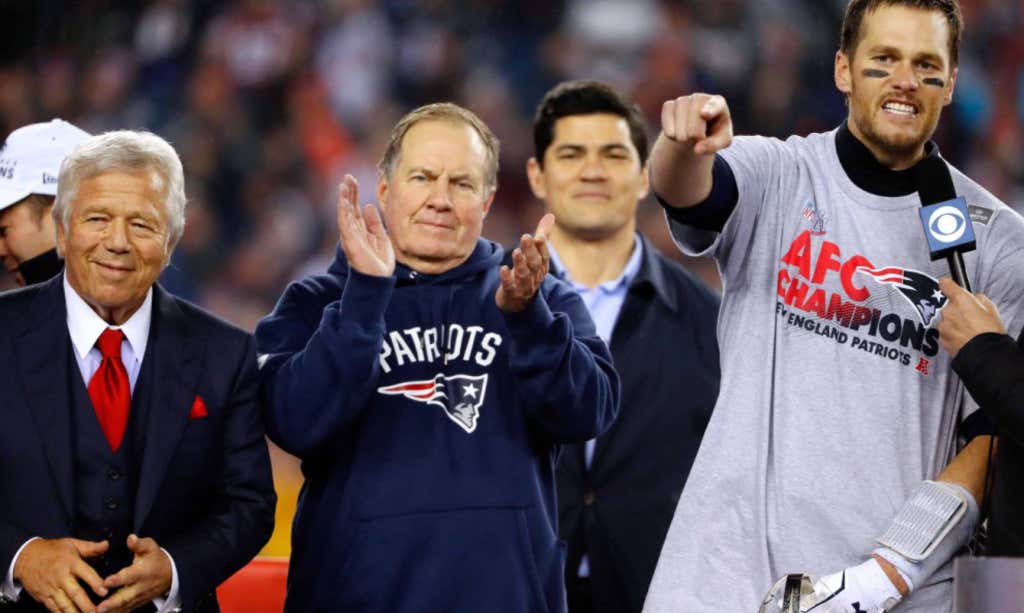 I’m sure Jerry will have a more thought out piece tomorrow but things like this gotta get up and, while no one hates a tepid take more than me, guess what? I believe this and I don’t think it matters and I don’t give a fuck. That’s it. I’m sure you’ll get a lot of Bostonians screaming ESPN lies and fake news, but this story has been around long enough and on enough stations (Minihane has been reporting the same) that it’s hit “where there’s smoke there’s fire” level. Maybe there’s some exaggeration (I personally doubt it’s their last year together) and maybe there are some inaccuracies, which I’m sure people will try to pick apart so they can think that proves the thesis wrong, but generally speaking I believe this. That’s alpha shit between a bunch of alphas. That happens. They can duke it out amongst themselves about who gets credit for #6 in a few weeks, I don’t care, but you’re insane if you think a rift or a story like this is gonna stop them. Yeah, at some point this incredible, dominant run will end and nothing ends pretty (you even poop yourself when you die, you know) but I’m good at keeping the memories of vigor and life rather than the death bed ones, so I’ll be good.

But guess what you guys all just did? You made them angry. You poked the bear. Nothing galvanizes a friendship and a locker room like “fuck everybody else” and that’s what you just did.

PS – Just so we’re all clear the “credit” order goes