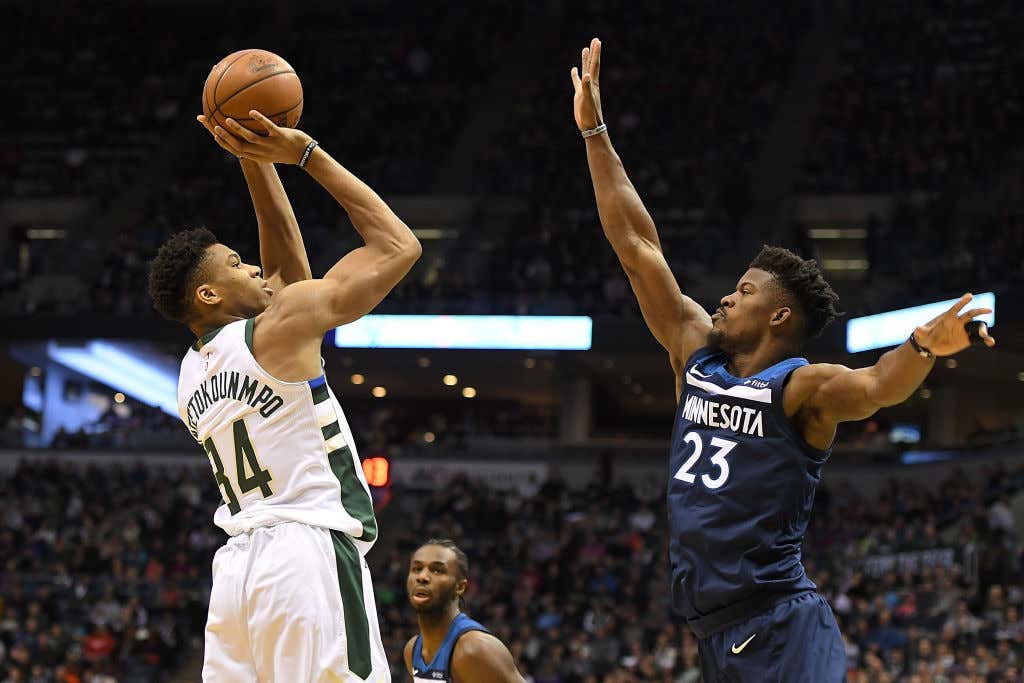 Welcome back to another edition of Last Night In The NBA where we catch you up on everything that happened from the night before in the Association. There was a common theme among the majority of the 5 games played last night, and that’s anybody who’s anybody had a dominant comeback win. If by chance you weren’t able to catch it all, it was a weird night in the NBA, here’s what happened

You know the Magic right? They stink. Well, they also ended a 9 game losing streak against DET with this win. In fact, it’s been weeks since the Magic actually won, and here they went turning a 5 point deficit into a 13 point lead in the fourth quarter. I suppose it helps when you get 30 from Speights and Aaron Gordon

At this point I’m not sure why ORL is trying to win games, but hey it’s the holiday season

For DET, your bench stunk out loud, and kinda let you down here. Just 12 points on a combined 3-22, that ain’t gonna cut it. In fact, the second unit basically ruined what was a pretty good night offensively for the starters. Tobias Harris had 21 on 8-17, Drummond his usual 17/18/5 and even Ish Smith had 18/7/5

This was a game you clearly felt the absence of Avery and Reggie Jackson, and not the best loss with SA on deck.

If not for the Celtics comeback, you’d be looking at the best of the night. Down 20, MIL stormed back and not only put the clamps down in the fourth but also got a huge run from Eric Bledsoe to close it out. Now you don’t come back from 20 by yourself, and I would say that Giannis’ 22/10 helped

John Henson also didn’t miss a shot in his 28 minutes going 7-7, but the Bucks don’t win this game if they don’t defend like they did over the final 12 minutes. Holding MIN to just 12 points after they had just gone 30 then 28 is impressive.

For MIN, not often I’d imagine that when you get 63 points from Butler/Wiggins/KAT the Timberwolves come away with a loss, but here we are. In control for most of the game, MIN looked well on their way to a dominant road win. They were doing it all, moving the ball

taking it to the rim

and letting KAT just make a bunch of threes

But you gotta score in the fourth quarter, and score they did not. This was a loss to open a little two game trip, then MIN is home for the Lakers then back on the road for BKN/BOS before a giant homestand. At 10-8 they are more than capable on the road, and will have to close things out much better on Sunday against IND

You can read all about the comeback that tied GS for the largest in the NBA, here

Sadly, there was no comeback for the Knicks. Nope, they ran into the buzzsaw that is the SA Spurs and their 51/45 9 TO performance. No starter under 14 points and 32 bench points while getting to the line 39 times! My word.

Oh, did I mention this was without Kawhi? Anyways, you know what’s crazy? The Spurs brought in these fans that are 100 and they’ve seen just 8 losing seasons and some of those came when the Spurs were in the ABA.

For NYK, a rough road loss no doubt, but they’re hardly the only team that will lose to the Spurs in that building. Look on the bright side, Porzingis and Beasley did stuff!

It’s only fitting that we end the blog with one final comeback, this one being 18 points. The Sixers had that kind of lead in the third quarter, and then Shabazz Napier went nuts and the Sixers fell to 4 games under and 2-8 in their last 10.

With no Damian Lillard in the lineup someone had to step up and help CJ McCollum and that’s exactly what Napier did. With CJ doing his usual thing with 34/7/4, their backcourt certainly didn’t let them down

But don’t forget about the battle of the big men. Nurkic went toe to toe with Embiid, with 21/12 of his own, and somehow Embiid wasn’t able to foul him out down the stretch, and you could make the argument that Nurkic got a little home cooking, but he was great for POR

Now in one of the more ridiculous things I’ve ever seen, you can’t talk about this win and not mention the 47-14 FTA difference in favor of POR. That is RIDICULOUS. That means of their 26 fouls, nearly all of them led to FTs. If I’m a Philly fan I’m pretty bullshit at that.

For PHI, look, 42 points is a lot to let up in the fourth quarter. It’s not often they’ll have 48/50% splits, make 16 threes, turn it over just 13 times, get these sort of performances from Embiid/Simmons/Saric

and lose. The Sixers are fighting it right now, and are showing signs of their youth. Late turnovers, not closing out games, this is what happens to young teams in the NBA, it doesn’t matter that they also have two incredibly talented young pieces. Winning in the NBA is a process no pun intended. As of now they sit 3 games out of the 8 spot and 2 games under .500 on the road. With Embiid in the lineup they’re 14-12, so it’s not all him sitting either. It’s a long season and they should have the talent to get them to at LEAST an 8 seed, but they need to snap out of this funk.

And that’s it! You’re now all caught up on everything that happened the last night in the NBA. We have a good amount of games on tonight, 9 in total, including some good matchups like HOU/WSH, IND/CHI, MIL/OKC, and LAC/LAL. As always, you can check back tomorrow morning for anything you may have missed