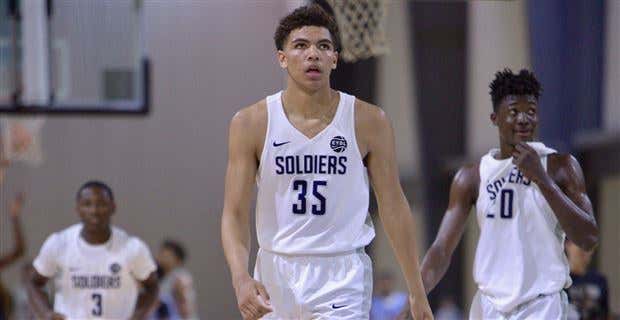 [LA Times] - But according to a person with direct knowledge of the college basketball bribery case, Cherry is the USC recruit identified as Player-8 in the federal criminal complaint against Trojans associate head coach Tony Bland.

I talked a little bit about Taeshon Cherry over the weekend. He had just decommitted from USC on Saturday and became the second player in the class of 2018 to do just that. The other was J’Raan Brooks who just committed to St. John’s. So why is this important?

The fact that Cherry is now back on the market as a recruit. He chose USC over the likes of Arizona, Florida State, Oregon, San Diego State, Gonzaga, UCLA and Texas A&M with everyone thinking Arizona was the true runner-up. The question is now does he go to Arizona – another school listed in the FBI investigation? Does he end up similar to Brian Bowen where schools are afraid to touch him due to eligibility questions?

Now it is worth noting that Cherry’s mom denies any involvement and says that Cherry is not player-8. According to the documents a relative of Player-8 met with Christian Dawkins, Munish Sood and one of the undercover FBI agents who posed as a financial backer at an LA restaurant on August 30. From there it was said that there was an envelope with $4,000 that was supposed to be given from Dawkins to the relative. They also wanted Player-8 to join them at a later meeting. The purpose of the meeting was to have Player-8 use both Dawkins and Sood’s services once he made the NBA.

Cherry’s grandfather says the USC situation reminds him of the Reggie Bush scenario and that the school is purposely holding out of anyone associated with Tony Bland. Paul Phipps, Cherry’s grandfather who was at one point the general manager of the San Diego Clippers, said that USC stopped talking to Cherry a few weeks ago, which played an obvious role in the decomittment.

What’s important to watch with this is the fact there is no firsthand account of either man receiving the $4,000 envelope that the FBI agent was supposed to give to Dawkins. Because of that how will the NCAA respond to these allegations specific to Cherry? What role with this play in his recruiting. The LA Times story says 15 schools – including UCLA – contacted Cherry once he reopened his commitment. Cherry is a 6’9″ forward from San Diego that is a top-30 player in the class of 2018. He played for the Oakland Soldiers in the EYBL circuit, including a Peach Jam win in which he had 13 points and 9 rebounds while battling foul trouble. Here’s his obligatory mixtape.