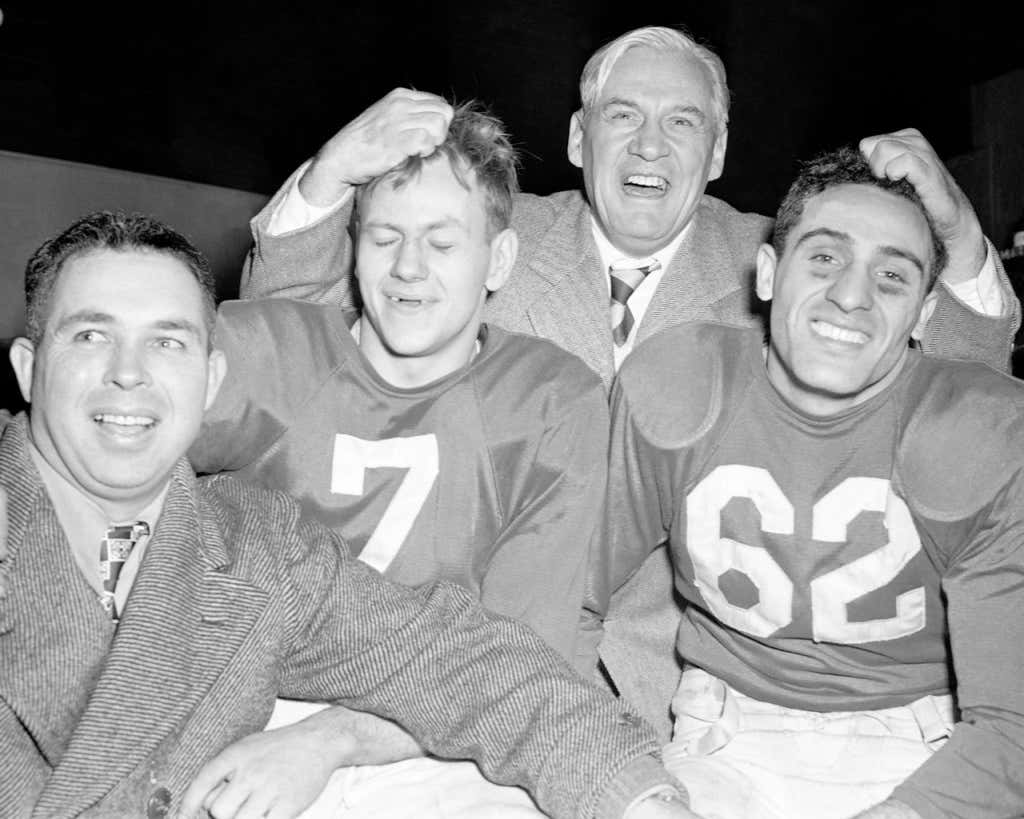 The Chicago Cardinals defeat the Philadelphia Eagles 28-21 in the NFL Championship Game at Comiskey Park. It was the first appearance in the NFL Championship for both teams. The Cardinals entering the game as a 12-point favorite jumped out to an early 14-0 lead and kept the Eagles at arm’s length the rest of the way. Leading the way for the Cardinals was Elmer Angsman who rushed for 157 yards with two touchdowns.

In the 1947 NFL Championship was a matchup like no other, as it had two fresh-faced teams, both of whom had their struggles to keep going during World War II, as each merged with the Pittsburgh Steelers for a season. In 1943 it was the Phil-Pit Steagles, while one year later it was Card-Pitt. Neither team had much success, the Eagles joined the league in 1933 and did not record a winning season until 1944. The Cardinals meanwhile were an NFL charter franchise in 1920 but spent their entire existence in the shadow of the Bears. The Cardinals were credited with the 1925 NFL Championship which was heavily disputed by the Pottsville Maroons.

The Chicago Cardinals dream season came together thanks to the “Million Dollar Backfield,” which included Elmer Angsman, Charley Trippi, Paul Christman, and Pat Harder. The Cardinals coached by Jimmy Conzelman posted a 9-3 record in the regular season. The biggest win of the season came in the final game against the Chicago Bears at Wrigley Field. Each team entered the game with a record of 8-3 with a trip to the NFL Championship on the line. The Cardinals beat the defending NFL Champion Bears 30-21. The Philadelphia Eagles coached by Greasy Neale posted an 8-4 record and finished tied atop the Eastern Division with the Pittsburgh Steelers. Each team was making their first playoff appearance when they met in for a trip to the NFL Championship Game at Forbes Field. The game was all Eagles as they blanked Pittsburgh 21-0.

Influenced by a late season 45-21 win by the Cardinals in Philadelphia, and the Eagles needing to play a Divisional Playoff Game, the Cardinals entered the game as a heavy 12-point favorite. On a seasonably cold day in Chicago, a disappointing crowd of 30,759 was on hand to watch the Cardinals host the Eagles at Comiskey Park. The Cardinals drew first blood, as Charley Trippi had a 44-yard touchdown run in the first quarter. Chicago increased the lead to 14-0 on a 70-yard run by Elmer Angsman in the second quarter. The Eagles answered with a 53-yard touchdown pass from Tommy Thompson to Pat McHugh. The Cardinals used their special teams to get on the board in the third quarter, as Charley Trippi returned a punt 75 yards to build a 21-7 lead. The Eagles answered with a one-yard run by Steve Van Buren. In the fourth quarter, Chicago again went up to two touchdowns, as Angsman delivered his second 70-yard touchdown run. With five minutes left, Russ Craft cut the lead in half with a one-yard score for Philadelphia. The Cardinals though successfully were able to run out the clock to win the game 28-21 to capture the NFL Championship. 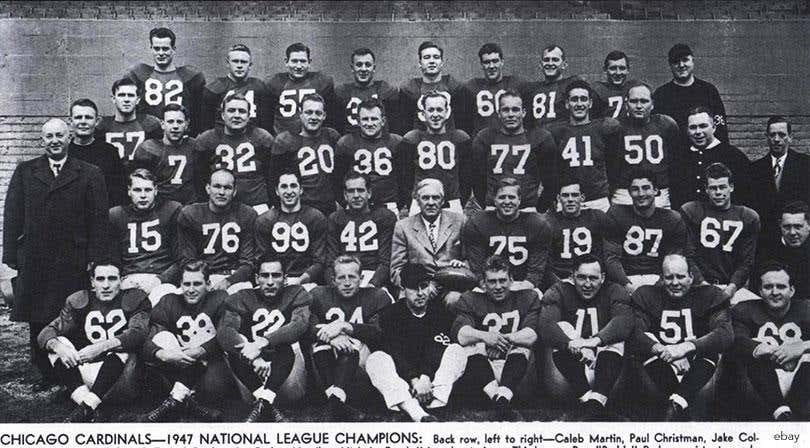 The Chicago Cardinals and Philadelphia Eagles would meet for the NFL Championship again in 1948, this time the Eagles won the game at home 7-0 in a blizzard. The Cardinals have not won a championship since their 1947 victory, the longest drought in the four major sports. The Cardinals eventually moved on to St. Louis and then Arizona, as they went 51 years before winning another playoff game when they beat the Dallas Cowboys in a Wild Card game in 1998.