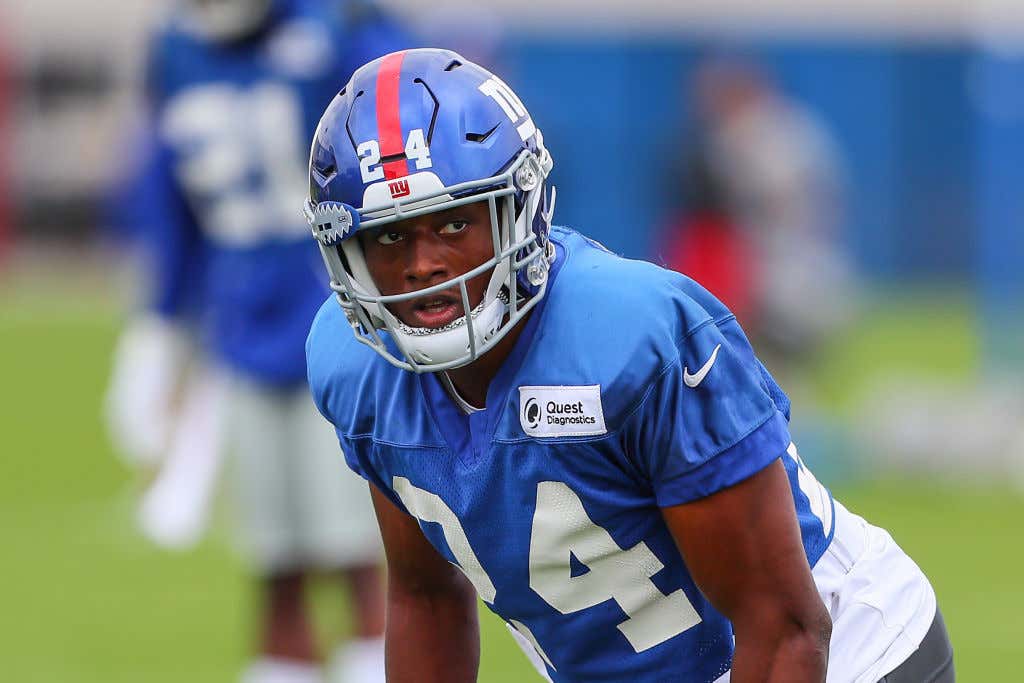 NJ.com- With one off-color comment and an reported outburst at practice, Eli Apple likely ended his Giants career. The fed-up Giants suspended the troubled cornerback for the remainder of the season on Wednesday, right after he told reporters that “I gotta take a sh–” and grabbed his rear end when they attempted to get his comments on the latest turn in his feud with teammate Landon Collins.

Apple also apparently refused to work with the scout team during Wednesday’s practice and got into an argument with the coaching staff, according to ESPN and NFL Network reports.

And there it is! The third and final starting DB for the Giants has been suspended for a game this season! Please collect your winnings if your order of suspensions was DRC followed by Jenkins before being closed out by Not Laremy Tunsil. What a wonderful ride this season has been. I’ve never been in a car that drove directly into a brick wall, but the 2017 Giants season is what I imagine it feels like.

Now the next GM has to decide what to do with his new team’s 2016 first rounder that is loathed by the fans, called out by a team leader, suspended for a game, and has been a thorn in the side of the coaching staff for months while also playing like hot garbage to the point that practicing with the scout team should be an honor. Coming into this season most people thought Not Laremy had a chance to take some major steps forward because of his youth and flashes of talent last year. But all those flashes have led to were a few bright flames in this dumpster fire of a season. At least this move could save from money to whoever is put in charge to salvage the Giants.

Apple’s ban could be a career-altering one. His four-year, $15.1 million rookie deal as the No. 10 pick in the 2016 NFL Draft was fully guaranteed at signing, but this suspension could be used to void all remaining guarantees in his contract. There is language in his deal that will allow the Giants to do so if so inclined, according to ESPN.

You know shit is fucked up when an NFL team is thinking about cutting their first round pick, let alone Top 10 pick, less than two years after they drafted him coming off what could be a 2-14 season. On the bright side, at least Not Laremy Tunsil was never caught smoking weed in college on draft night! And anything outrageous Annie Apple ever said seems like child’s play compared to the last few months Not Laremy has given us. This saeson has gone so far down the cuncel hole, I bet even KFC is impressed at the Giants disfunction. And shout out to Not Laremy for taking a shit today instead of waiting until kickoff on Sunday like he usually does.

A quick reminder of what MetLife Stadium was like before the Giants drafted Eli Apple.

To what it was like after the Giants drafted Eli Apple.

P.S. This scout is definitely walking around with a shit ton of “I told you so” swagger right now.