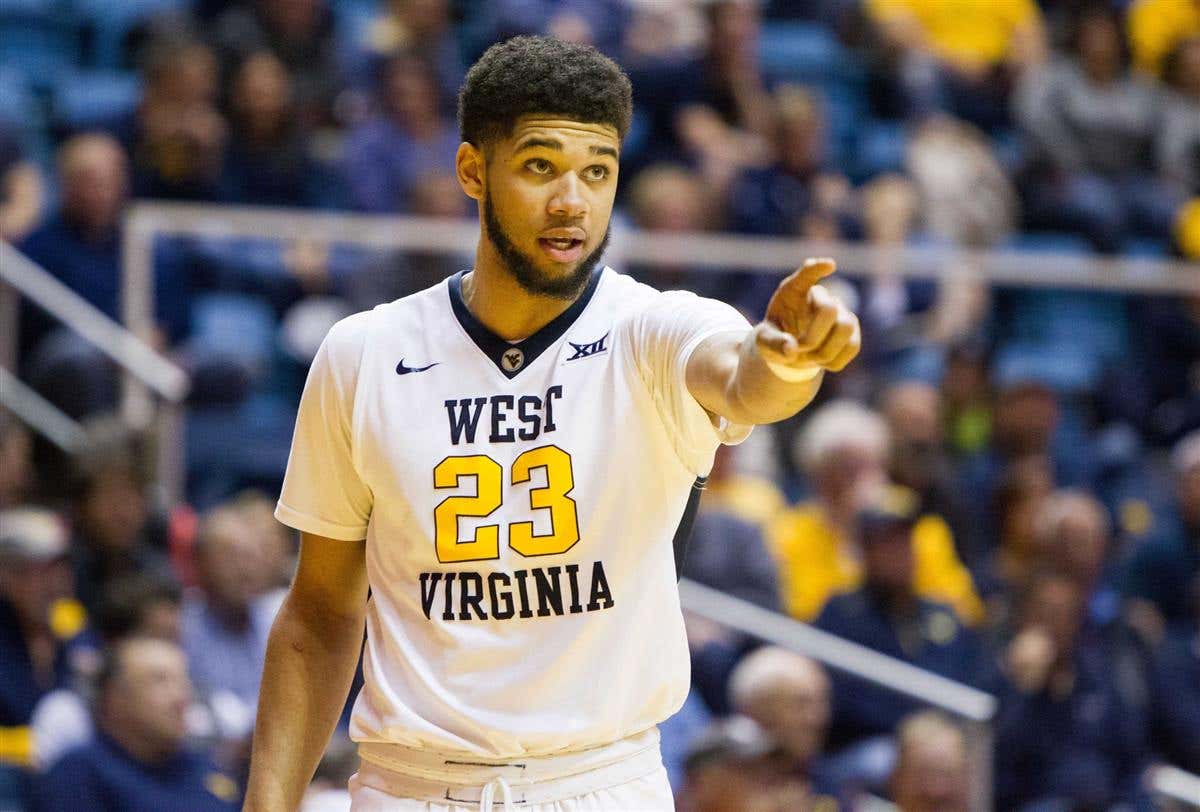 For most college kids they are away from campus and either trying to rekindle high school love, adjust to living at home during break and/or sneaking alcohol from your parents. For others, they are on campus getting ready to play college basketball games. Those are the ones I’ll be talking about here. More importantly we are now at the stage where suspensions are ending and/or second semester transfers are now eligible to play. This list is going to be in no particular order, but rather just take a look at teams that I think will benefit the most from the first semester ending.

For the Mountaineers getting Esa Ahmad back from a semester suspension is going to be huge. This is a team that has quietly rebounded nicely after that season-opening disaster against Texas A&M. They still play lock down defense and force a bunch of turnovers. Now, they are getting a true NBA prospect and a guy who can help in the halfcourt offensively – a place where West Virginia always seems to have question marks. Throw in the fact at 6’8″ he can disrupt passing in the press that they run and has good length to force traps. He was also a 39% shooter from the 3-point line last year.

I talked about De Sousa earlier today and we’re waiting to hear from Self about when he’ll play in a game this year. We’re also waiting to find out exactly when Preston will suit up and play but there’s a safe assumption that both will be playing for Kansas this season. Cunliffe has already played in 3 games, including 20 minutes against Omaha. The Jayhawks are desperate for bodies, especially in the frontcourt and that’s why it’s so vital to get both De Sousa and Preston.

This is a rare situation where neither possible addition is coming off suspension or transfer. Both Vanderbilt and Baker have yet to play this year due to injuries. Vanderbilt is a highly-touted 5-star guy who can play the 3 or 4 spot and can stretch the floor. Baker is a 4-star that is known for being a knock down shooter. Both are desperately needed for a Kentucky team who has been wildly inconsistent on the offensive side of the ball. In a game like the UCLA game, Kentucky needed Vanderbilt to spell PJ Washington, who simply wasn’t finishing shots and plays. If Kentucky can get these two guys healthy and on the floor, Calipari will have even more depth to toy with.

The Sun Devils have been one of the biggest surprises in the sport this year and are off to an undefeated start heading into Pac-12 play. They also just so happen to be adding wing depth – something they desperately needed going forward. We’ve seen Mitchell – the Ohio State transfer – play already while Lawrence is still making his way back from injury. What makes this even more important is the fact Mitchell can step in and be the best defender on a team that needs defensive help. He can guard three positions while being arguably the most athletic player on the roster.

Froling, the SMU transfer, has played in two games so far for Marquette and has shown how he can help this team. He’s a 6’11” Australian that can step out and shoot the ball while being a strong rebounder. The Golden Eagles have one of the best backcourts in the country and arguably the best shooting backcourt in the country in Andrew Rowsey and Markus Howard. The frontcourt has left something to be desired though. Froling will be used in a pick and pop scenario with the two guys listed as well as Sam Hauser while being expected to be a key rebounder while on the floor. He’s noticeably slimmed down since his time at SMU as well as he’s listed at 250lbs.

Kristian Doolittle was a solid performer in his freshman year under Lon Kruger – scoring 9 points per game and getting 6 rebounds. He’s since played in two games this year and has played just 12 minutes. Once he starts getting back into the lineup he provides another wing scoring threat for Oklahoma. Arguably more important, he’s someone who wants to run and can really fill the lane well, letting Trae Young attack or leave passing lanes open – which is clearly a dangerous path to go down. If Oklahoma is going to get out in transition even more, they become that more of a legit threat in the Big 12.

I mentioned Wichita State earlier today in the AAC reset, but this is arguably the most important addition coming. The Shockers have yet to be healthy this year with Shamet/McDuffie and now Morris injured. McDuffie though was the leading scorer and rebounder last year and provides defensive versatility that makes Gregg Marshall’s 50 Gap Defense work. That has been the biggest problem with Wichita this year and something honestly most people would never believe. The defense hasn’t been what you expect them to be. Now while one person doesn’t solve all the issues, it will solve some rotational situations and ability to attack pick and rolls.