So as the tale goes, Bud Light and Barstool hosted a tailgate in Tuscaloosa, Alabama on their homecoming. Everything went great, ‘Bama is beautiful, and Bud Light is even better. The company graciously gave Tex what essentially was a Make-A-Wish dream come true for his kind: Get paid to drink delicious beer and mingle with college football folk. An entire weekend with the finest(?) Bandera, Texas has to offer in his element.

See, the thing about Tex is he’s, well, Tex. There’s really no other way to explain him. Tex is Tex 100% of the time, all the time. It’s not an act, and you’ll see it here. The man is like Cosmo Kramer in that he’s not normal. He’s a great guy. I love him. But he’s a pod. He’s not a human being and has trouble in this reality as we know it. It even started before we even got to Tuscaloosa. Here is us doing a promo for the tailgate with the lights off.

Good times. I guess. We also had to do a press-release kind of blog that announced the tailgate for Bud Light. Basically we just had to keep it light, mention the time and place of the Bud Light tailgate Typical stuff that if you have all the proper chromosomes you can’t exactly mess up. I was going to handle it because I’m the professional righter, but for some reason Tex first gave it a semi-literate shot at corporate America/reality.

There is truly not enough concussions I can get to make me forget a Rutgers football loss.

Adam Smith also known as a bitch, will be joining me October 14th for a kick-ass homecoming tailgate in Tuscaloosa then we’ll witness Bama probably beat the shit out of Arkansas.

Honestly, Smitty and I might throw hands. If we don’t it will probably be because of Bud Light. Nothing can bring people together like it man.

If we do fight though, I got home field advantage. Regardless, we all know there is nothing like Saturdays down South.

Fire up the lawn mower and get to the top of the Strip in Tuscaloosa for a party.

That’s it. That’s what Tex saved for approval to a trillion dollar brand we are gracious to have advertising with Barstool. No pictures of the template Bud Light sent over for us to post. No time or exact location for the event. No real English. Just a rambling that insinuates the advertiser assists brain damage, calls me a bitch, then basically calls the fanbase rednecks. Actually kind of shocked it didn’t become a full blown manifesto. Granted, this is also the person who once signed for a package in the office from UPS as “Blow Me” because the delivery guy was “Giving him lip”….in his first WEEK as an intern at Barstool. So maybe a touch of professionalism was a lot to ask.

Onto the weekend, I followed and studied Tex around from start to finish like I was writing something for National Geographic. Because, honestly, that’s kind of what it was. Here are the random notes I took in my phone and Tweets chronologically his moves from start to finish:

– Fri – 6:30 AM at Laguardia for 8 AM flight. Tex calls the airport “Communist” when there is no place open to buy dip.

– Tex see random person in a Rutgers shirt at the crowded Atlanta airport. Lets out a hefty “Ra Ra Rutgers!” in his direction. Security comes over to investigate.

– Tex raves about getting the “Grand Slam American All Star” breakfast at Waffle House. Legitimately won’t stop talking about it for hours…naturally orders a cheesesteak. From Waffle House. At 10:30 AM.

– You can hear Tex’s music through his headphones in the backseat louder than the already loud radio. “Come On Eileen” is the flavor of the day.

– Arrived in Tuscaloosa. Ask Tex if he wants to go see the stadium before meeting with Bud Light people. Tex responds that he’s “Tired as all hell” and to “Piss off”. He then takes the rental car to Wal-Mart. Comes back with only baseball cards.

– Meet the Bud Light big shots. Tex says he enjoyed a Miller Lite on the plane.

– “Let’s do a loud Roll Tide for Twitter. Bud Light will lick it up, I’ll tell you what.”

– Tex yells at the tailgate he’ll bet his “Life” and “Left-Nut” he’ll wax anyone in cornhole. Promptly loses 21-0.

– Alabama is -21.5 for their homecoming. Tex bets Arkansas. Moneyline. 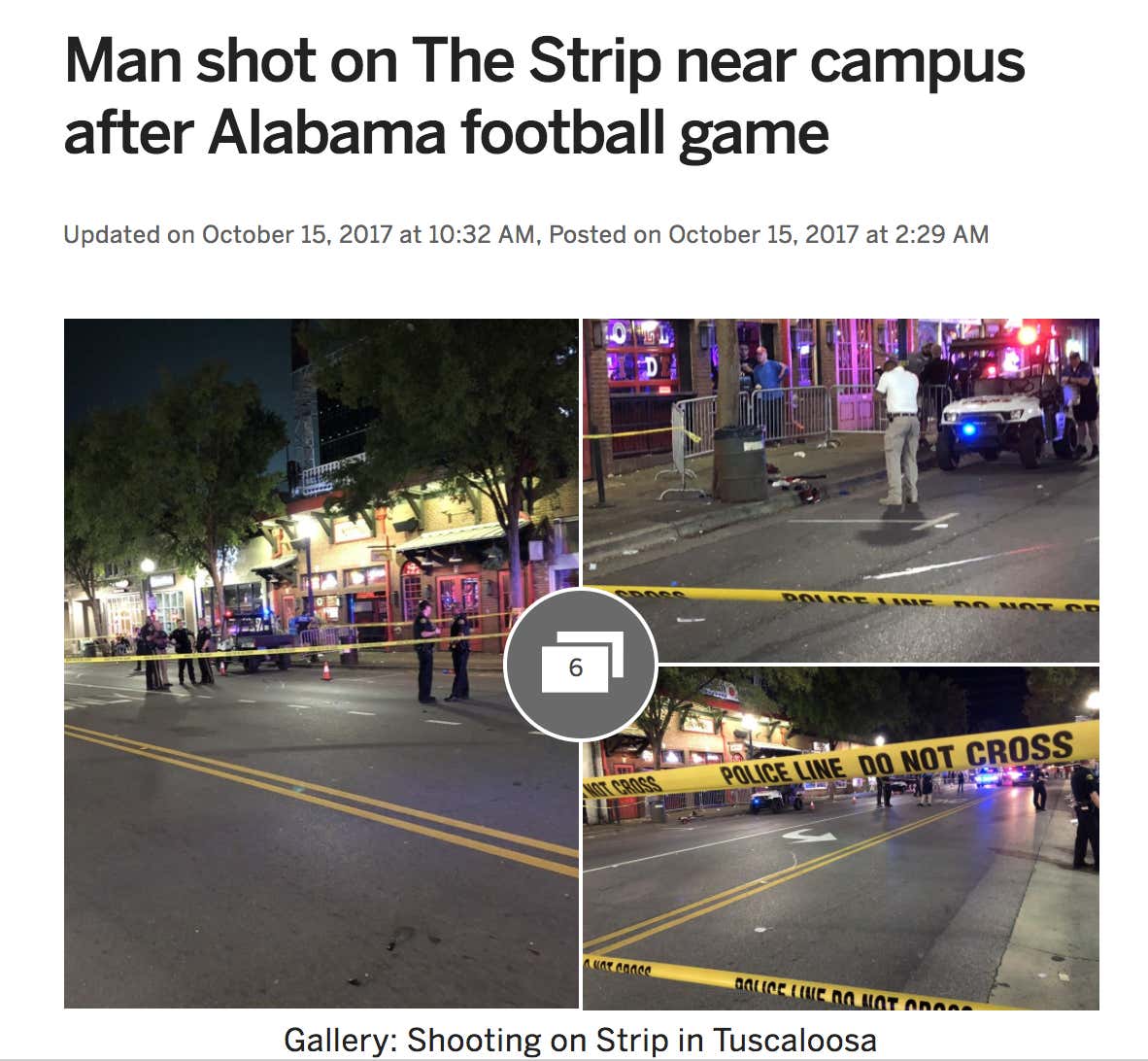 – Tex has been found at the KFC next to the hotel. He has a borderline hospital worthy gash on his leg. Can’t find his phone. Says he “Doesn’t remember piss”.

– Boarding flight home. Tex reeks of moonshine and is still wearing VIP Bud Light lanyard from a tailgate that ended 16 hours before. 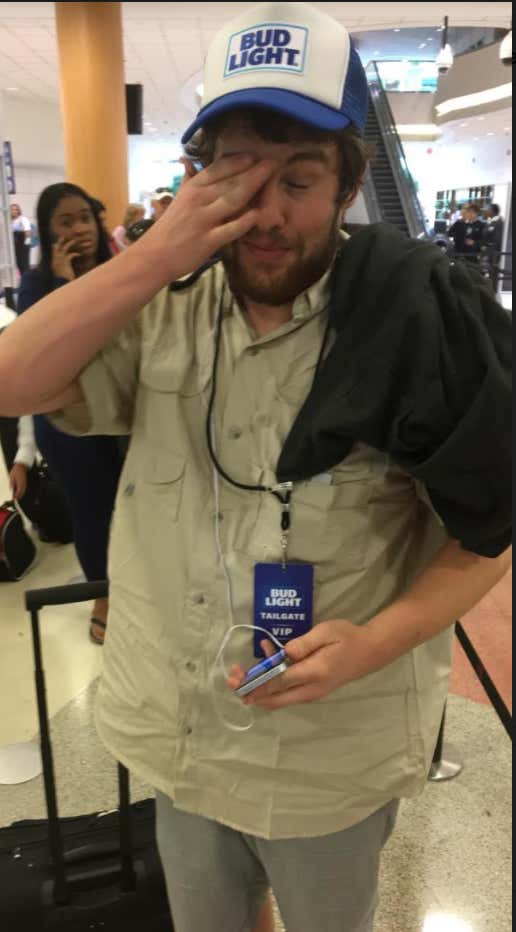 PS – Almost a year later and we’re still working on that turning Tex into a man thing. We’re getting there. Not really, but maybe someday.