It’s here! It’s finally here! December 26th in the year of our lord 2017 and the 2018 World Juniors are finally here. It’s Christmas Day part deux for hockey fans all across the globe as the best hockey tournament of the year, every year, gets underway.

The Russians and the Czechs get things going at 12 today. Then it’s Sweden vs Belarus at 2pm. Huge opening game between Canada and Finland at 4pm. And then Team USA gets their tournament started tonight at 8pm against Denmark. All games will be broadcasted on NHL Network here in the United States. Pretty sure you Canucks get the games on every single channel in Canada. And then I’ll be tweeting out links to game streams for all the games as I come across on them on Twitter (make sure to follow me @BarstoolJordie).

In case you still need to prepare yourself for the tournament, here’s my full preview blog from last week. And most importantly, here are the future odds for the tournament as we get ourselves going here. Courtesy of OddsShark. 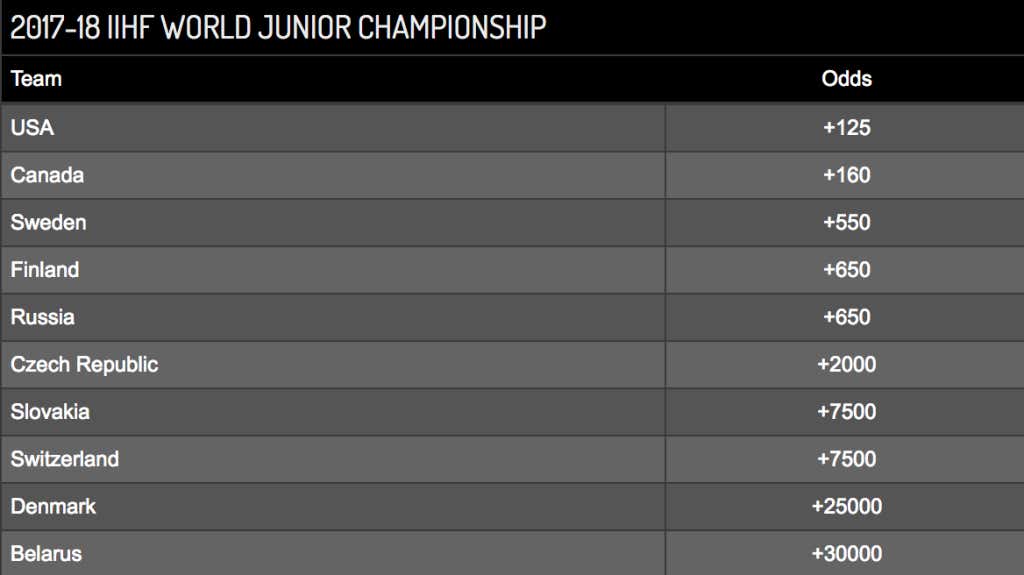 Now let’s run it back.