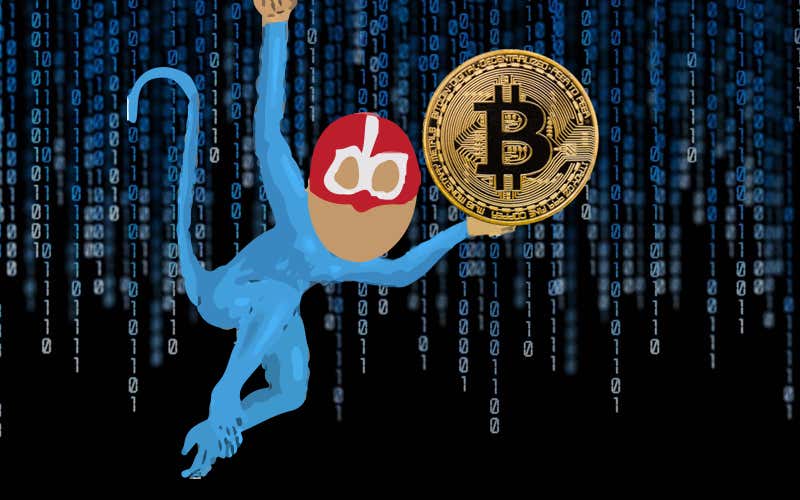 Buckle up, buckaross, because I have a tale to tell.

Recently, Bitcoin has been attracting a lot more mainstream attention, and most of it is “what the fuck is Bitcoin?”. And for good reason- BTC is confusing. The word “cryptocurrency” is intimidating. The idea of a currency that lives on the Internet that you can’t hold in your hand is baffling. But nevertheless, Bitcoin, as well as many other cryptocurrencies are gaining steam and people are getting very rich off them. And I mean really rich. And you know who else could be rich, but isn’t? This guy. This guy right here. Let me take you back 4 longs years ago to 2013: 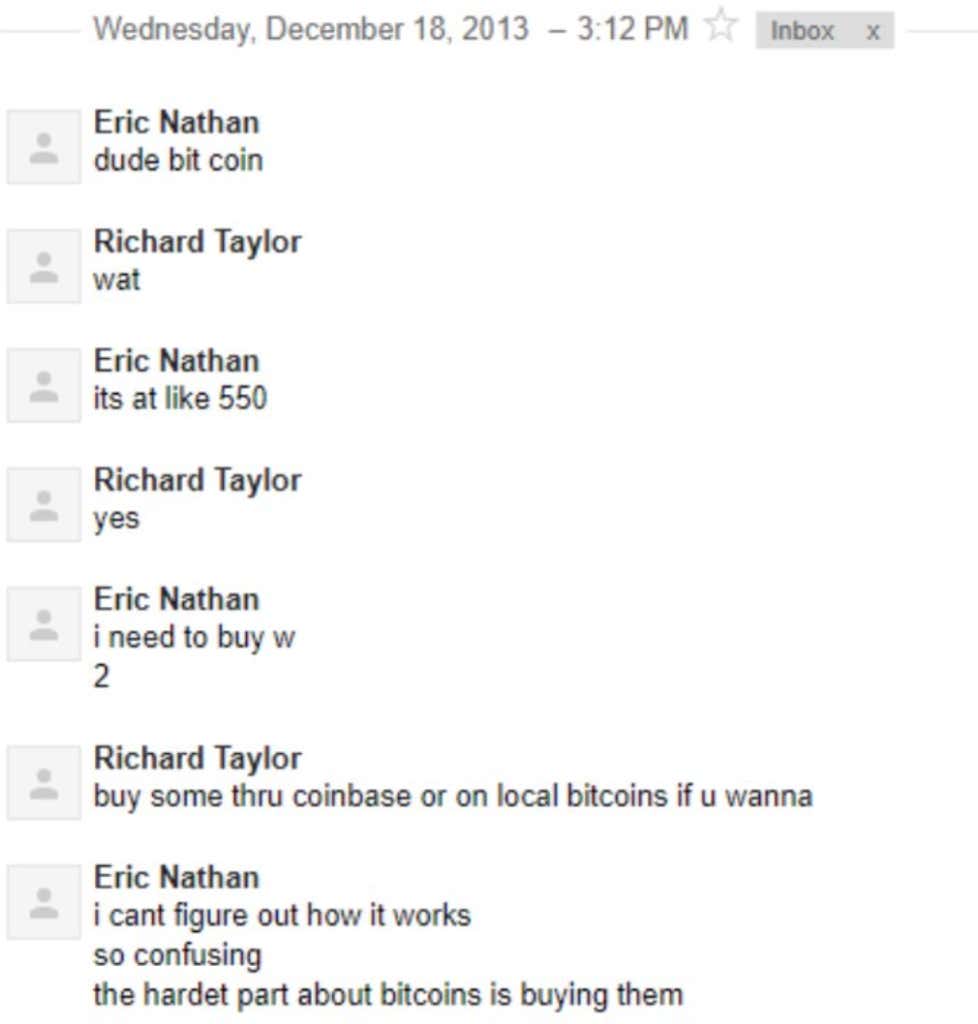 2013. Who even knows what was happening in 2013. Feels like a lifetime ago. But as you see in the Gchat above, I was woke on Bitcoin. The other person in that Gchat is my roommate from Manchester, England who I lived with when I moved abroad to play online poker. (If you are new to the Barstool Nate life, boy is it a doozy.) When I lived over there in 2013, he was all in on BTC. I was interested in them, but I was poor and uneducated and never pulled the trigger. If I had just bought two coins, TWO, in 2013 at 550 each, they’d be worth $13k right now. And the thing is, had I bought them, I would have continued to buy over the years, instead of buying dumbass stocks like UA and TWTR, meaning I’d be….well, I’d be doing ok.

So at the end of 2013, I got hired at Barstool Sports. Great job! Would recommend! I started getting paychecks to write about whatever I wanted, pretty good gig. And I started writing blogs here and there about…you guessed it…Bitcoin.

I was heavy into blogging about BTC in my early days. Remember when the Winkelvi were talking nonstop about it back in 2013? I wrote this about them tripling their money overnight:

I knew there was something there but I couldn’t quite put my finger on it.

Here’s a blog from December 9, 2013 where I announce that I’m all in on Bitcoin:

I could not have been more spot on if I tried. The variance. The swings. The fake/real money. The 10 Peruvian chickens for lunch. I wanted in. And yet, I still did nothing.

And then BTC kinda dropped out of the public eye for a while. I didn’t think about them. DogeCoins started popping up and I soured on the idea of BTC being worth anything, because anyone could create an internet currency and convince people they were worth something. So I started looking into stuff like stocks and bonds and that shit. Meanwhile, BTC was just steadily climbing and climbing, amidst massive swings of course, until one day…. 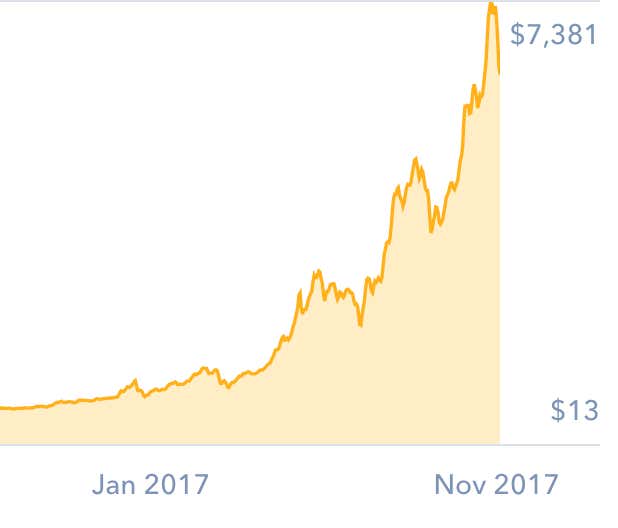 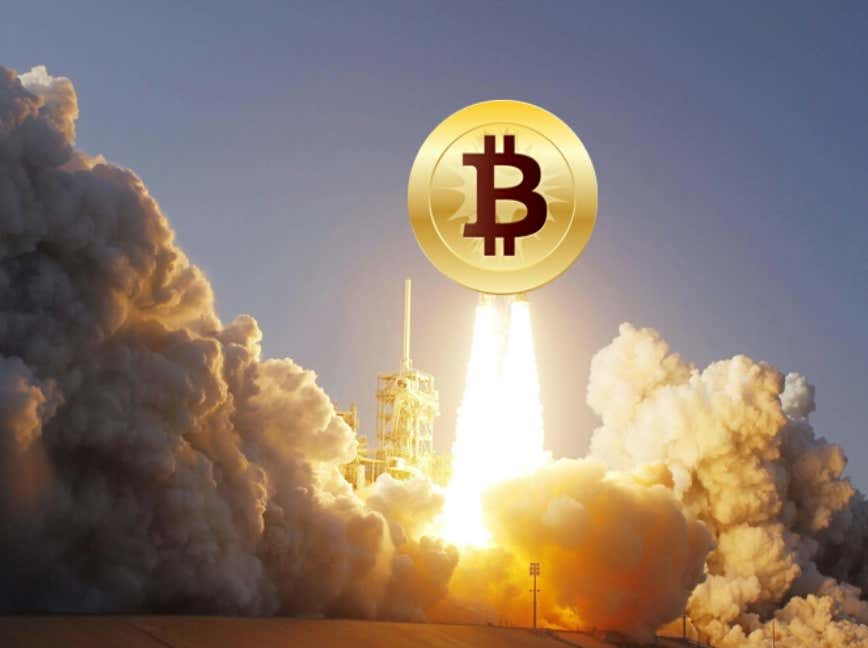 This shit BLASTED OFF.

And then finally. At long last. Last Friday. I bought in. I didn’t buy a full coin, which is the cool thing about Crypto, you can buy them in fractions and inch your way in. Which is why it’s even dumber that I didn’t get in earlier.

Since Friday, it has been so swingy. I got in at a weird time, lots of drama in the crypto world that I won’t get into, but swings are normal for BTC. Up and down thousands of dollars per hour, pretty fun stuff, just like I wrote about in that original blog:

I still don’t completely understand blockchain or how alt coins are valued or where all the value comes from. Not many people do. It’s the wild west out there- there are people day trading this stuff making and losing heaps upon heaps daily.

I’m glad to finally be on board with BTC. It’s been a long time coming. I put it off for way too long. I’d have much more money had I gotten in 4 years ago when I wanted to, but as they say, it’s better late than never. I’m excited for my new journey into the Bitcoin world. I haven’t a clue if it’ll pay off, but I’m excited to find out. It’s a wild world out there, so let’s buckle up and see what happens. And obviously, this should go without saying, but don’t follow me or Barstool Sports for any investment ideas or strategy or any of that. Purely entertainment, folks. This could all crash and burn on me, but at least I got some blogs out of it. Grandma loved blogs.