Source - Charles Barkley gave a big shout-out to the Republican party for the brand new tax law — saying it sucks for poor people … but, since he’s in the 1%, he’s gonna blow his new savings on a ROLEX, BABY!!!

Barkley — who furiously campaigned for Democrat Doug Jones in Alabama — was clearly roasting Republicans during the segment … and added one final shot about how the bill will affect the poor.

Inside The NBA is sneaky one of the funniest shows on television. They don’t even talk about basketball, they just roast each other. They may not even know they’re being filmed. Which makes it that much better. For example, last week Charles punched Shaq mid-show after decking Kenny then immediately ran off set. Then there was that time he went on a rant about the “big ole women” in San Antonio and refused to apologize. There’s never a shortage of good moments. But my favorite moment may have come last night when they asked Chuck what he was thankful for. You could tell he had something good teed up because of that shit-eating grin. 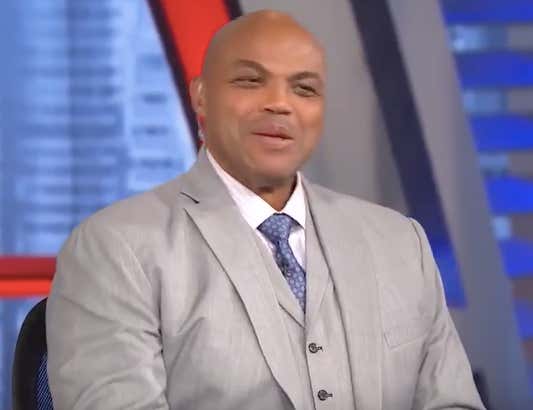 “The Republican tax cut.” Got em! You could tell he was proud of himself because he went back for seconds.

I thought Shaq was going to fall out of his chair. I have no idea if this tax bill is good or bad but if Chuck’s happy, I’m happy.   He’s come a long way from doing five-buck-box commercials and deserves nothing but the best. So go get that Rolex, fat boy. You deserve it. And I can’t wait to see what kind of hi-jinx you get into in 2018.