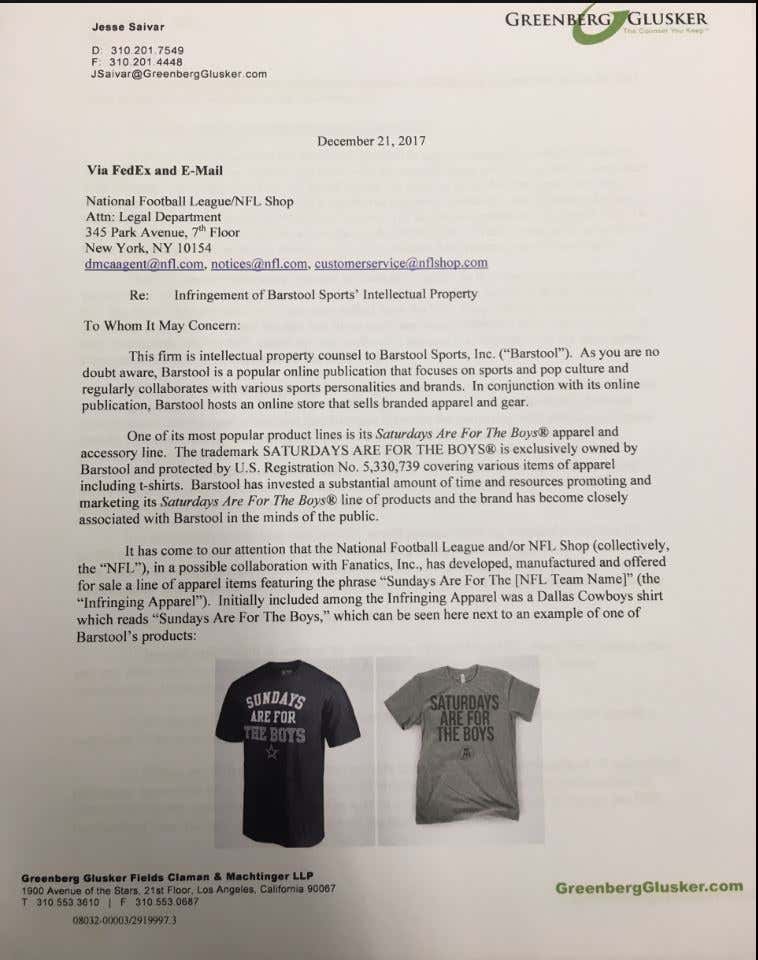 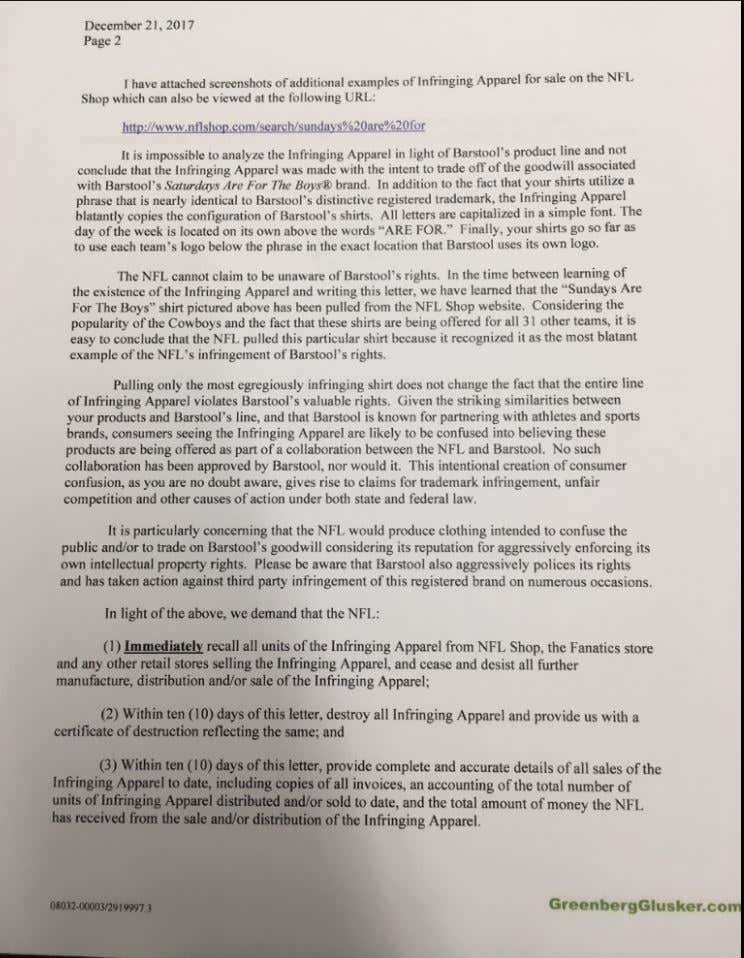 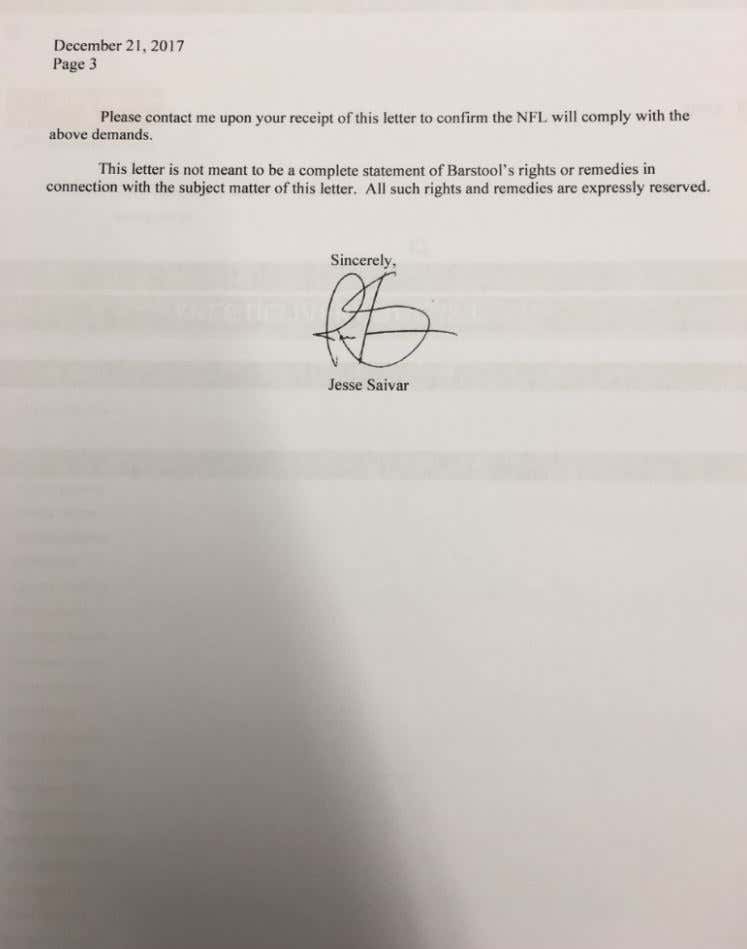 Ding, Ding, Ding….  So yesterday we discussed how Roger Goodell and the NFL blatantly ripped off our Saturdays Are For the Boys trademark.  I threatened legal action.  I said that I would bring Roger Goodell to his knees.  Well our company lawyer (My dad) is currently in Boca on vacation but the law waits for no man.  So here we go.  The official C+D that we sent to NFL HQ’s.   I wonder if Goodell will claim he’s never heard of Barstool Sports just like he did at Superbowl Media Day even though he banned us from it.  Or maybe he’ll claim he’s never seen this C+D just like how he claimed he never saw the footage of Ray Rice beating his fiance in the casino elevator.   Hey Roger now yous can’t leave.