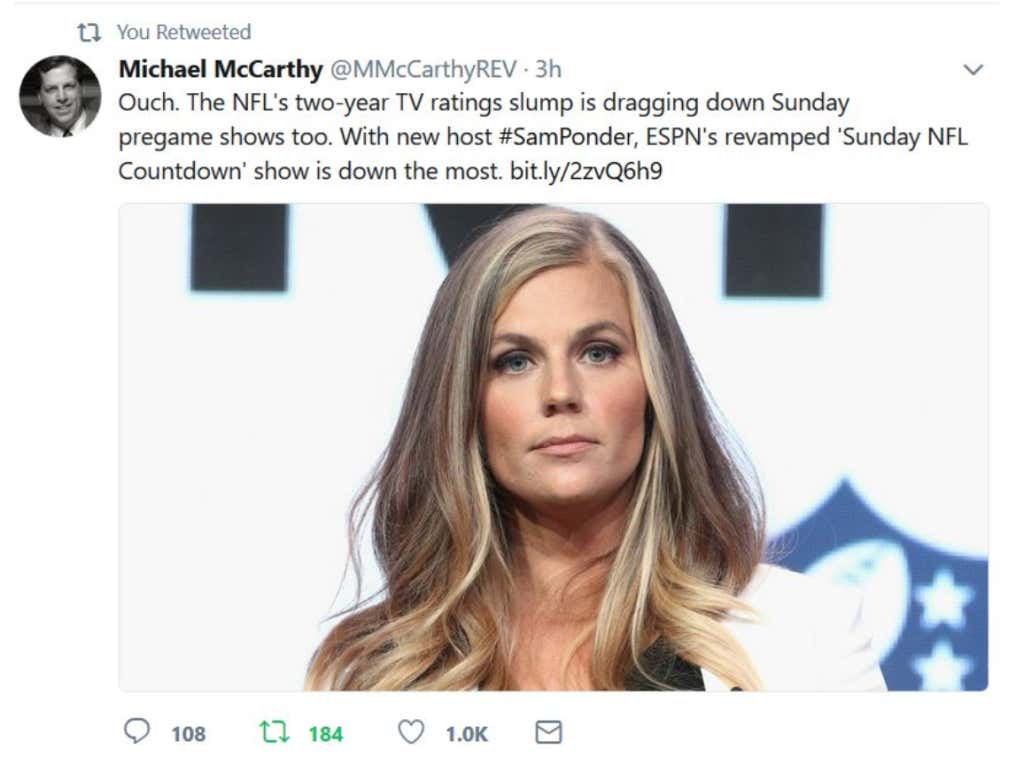 SportingNews - Sunday NFL pregame shows are known for their hearty laughter. But there has been little to guffaw about this season. The NFL’s TV numbers slide has infected long-running pregame shows on ESPN, NBC Sports and CBS Sports. The hardest hit has been ESPN’s “Sunday NFL Countdown” (10 a.m. to 1 p.m. ET), which has lost 15 percent of its viewership and down a whopping 25.4 percent from 1.525 million viewers during the same stretch in 2015. Of all the NFL pregame shows, ESPN’s “Countdown” made the most sweeping changes during the offseason. Many insiders were surprised when the 31-year-old Ponder jumped from “College GameDay” into the “Countdown” host chair over Trey Wingo and/or Suzy Kolber, who were more experienced.

Yikes! 15% is no joke. But that looks good when you compare it to the fact it’s down 25% from 2 years ago. Absolutely nuts! Sam Ponder is seemingly single handidly destroying ESPN from the inside out. Everything she touches turns to mud. When she’s not intentionally sabotaging other people’s shows she’s unintentionally sabotaging her own show. She’s like a cancer just spreading and infecting the entire network. And I’m not saying that to be mean or because I hold a grudge. I mean I do hold a grudge, but these are just facts. To quote Tiko Texas numbers never lie and Ponder’s numbers are astoundingly bad. The only question left is whether she will take any accountability for her compete and utter failure or whether she will just blame it on God like her husband did when he sucked at the NFL? I guess time will tell. 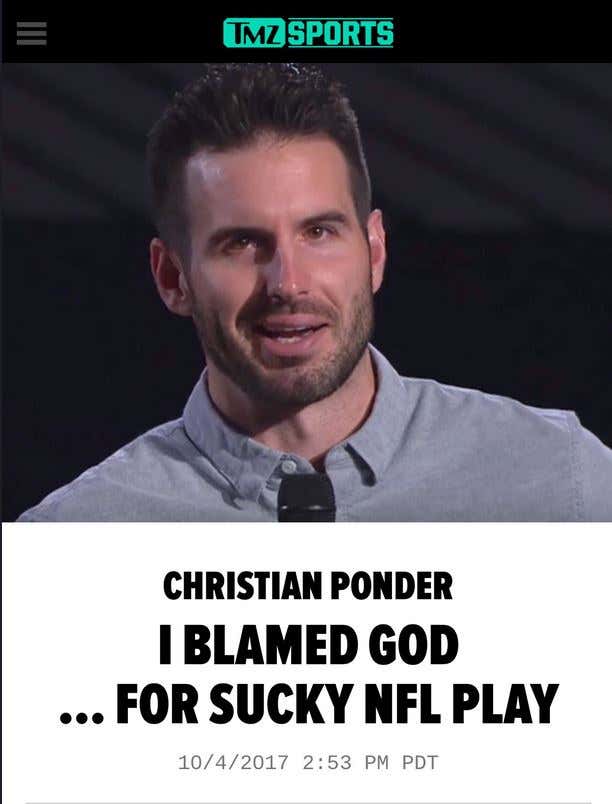 PS – Tune in at 2:30pm to hear what company Barstool Sports just bought.  Because some people live 3 years in the past and others look to the future. It’s full steam ahead for the Pirate ship!