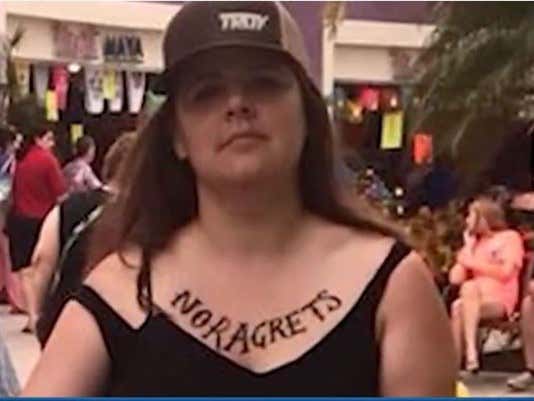 what was supposed to be temporary tattoo and a fun memory with family, has turned into a permanent mistake for one woman.

Ashley Burke went on vacation to Mexico with her family where she and two others got Henna tattoos.

The tattoos read in large print, “No Ragrets” across their chests. “Ragrets” is spelled wrong on purpose because it is from the film, We’re The Millers, where a character got the same tattoo.

The woman thought it would be a funny joke, since Henna tattoos are temporary tattoos.
It’s been more than a week since they returned from vacation and the letters are still dark across her chest.

“Henna is not black. Never has been black…never will be black. If anyone is ever offering you black henna temporary tattoos, it can have lasting effects. Just protect your family and research everything.” Burke said on Wednesday.

Well that stinks. As someone with plenty of horrific tattoos, I understand how Ashley feels. You think you’ll never regret that koi fish tattoo because, “bro, that’ll remind you of the time you lived in Japan.” Or, you might think that you won’t regret your Ronald McDonald tattoo because “it was a pretty epic chicken mcnugget eating contest and fair is fair.”

Ashley thought she was gonna create some LOLs for her pals while they were on vacation to Cozumel. Come out to the lovely beaches with a low-cut one piece with your No Ragrets temp tattoo blazin for the world to see and that’s a surefire way to get some chuckles from the squad. Your evening dress has a plunging neckline too? Count the group in for a 4-star meal as well as a barrel of belly laughs. Hilarity is sure to ensue. 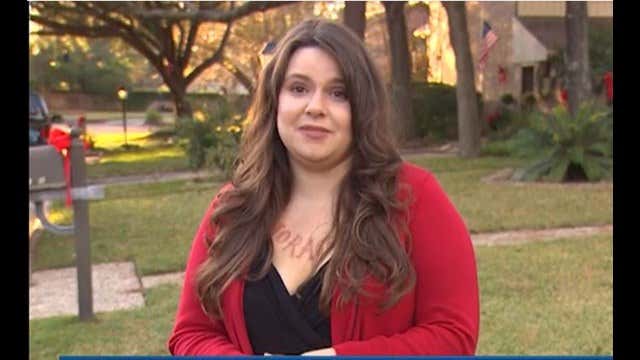 If I know two things about Mexico, they are:

1. Dont drink the water. You’ll get more diarrhea. Even if you already have diarrhea, it will get worse. Trust me.

2. The temporary tattoos are permanent.

Other than that, enjoy your Groupon getaway. Try the carne asade and throw plenty of ketchup on your tacos.