That press conference was back in January when Hue Jackson adamantly said he was not going 1-15. Not gonna happen on his watch. The best coach in football would not let his team down two years in a row. Well, to the surprise of no one, things didn’t go Hue’s way to start the first few games of the year, causing him to say this. 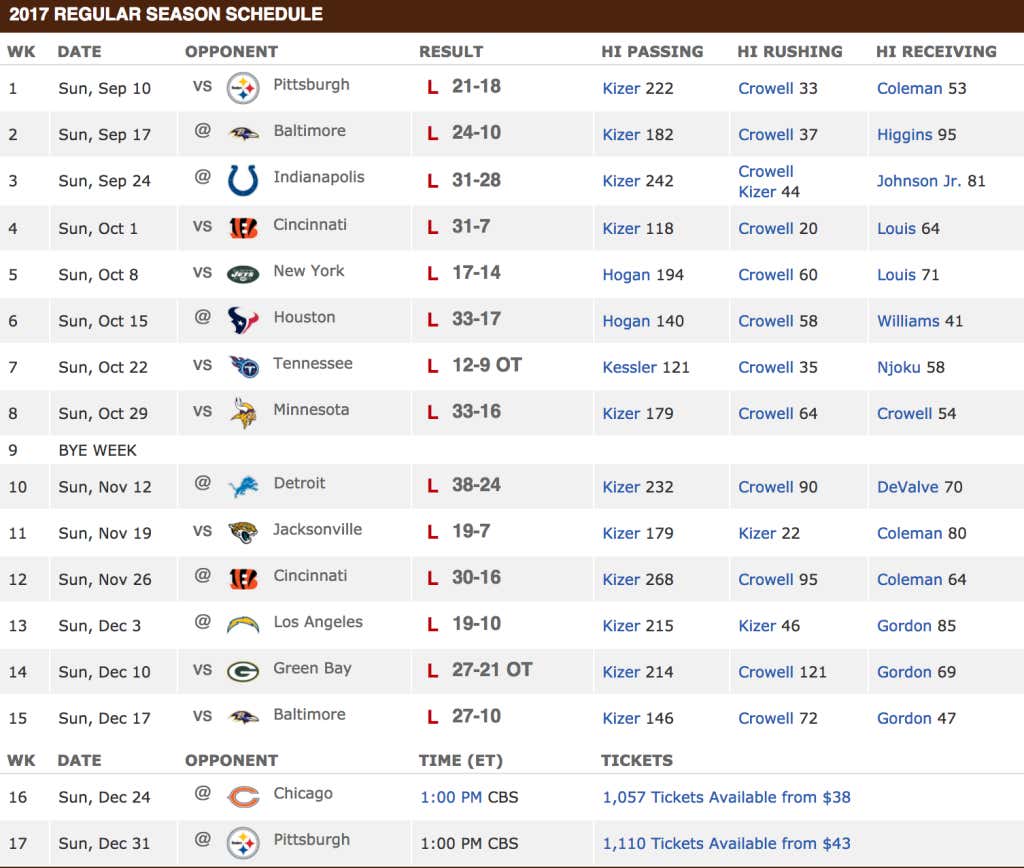 I think it’s time we get the ole wetsuit tee’d up out of the closet. I need Hue Jackson jumping in Lake Eerie. I NEED it. It would be the most humiliating thing in the history of sports. I think I’d rather die than jump in a lake because my team has won one fucking game in three seasons. It just doesn’t get worse than that. I cannot believe Jimmy Haslem is keeping Jackson around for another year. It’s magical. I love the Cleveland Browns. Look how good their run defense is stacked up with teams the last 10 seasons. It’s almost impossible to be WINLESS that statistic.

(H/T) Reddit user Etradefinancial for digging up this press conference