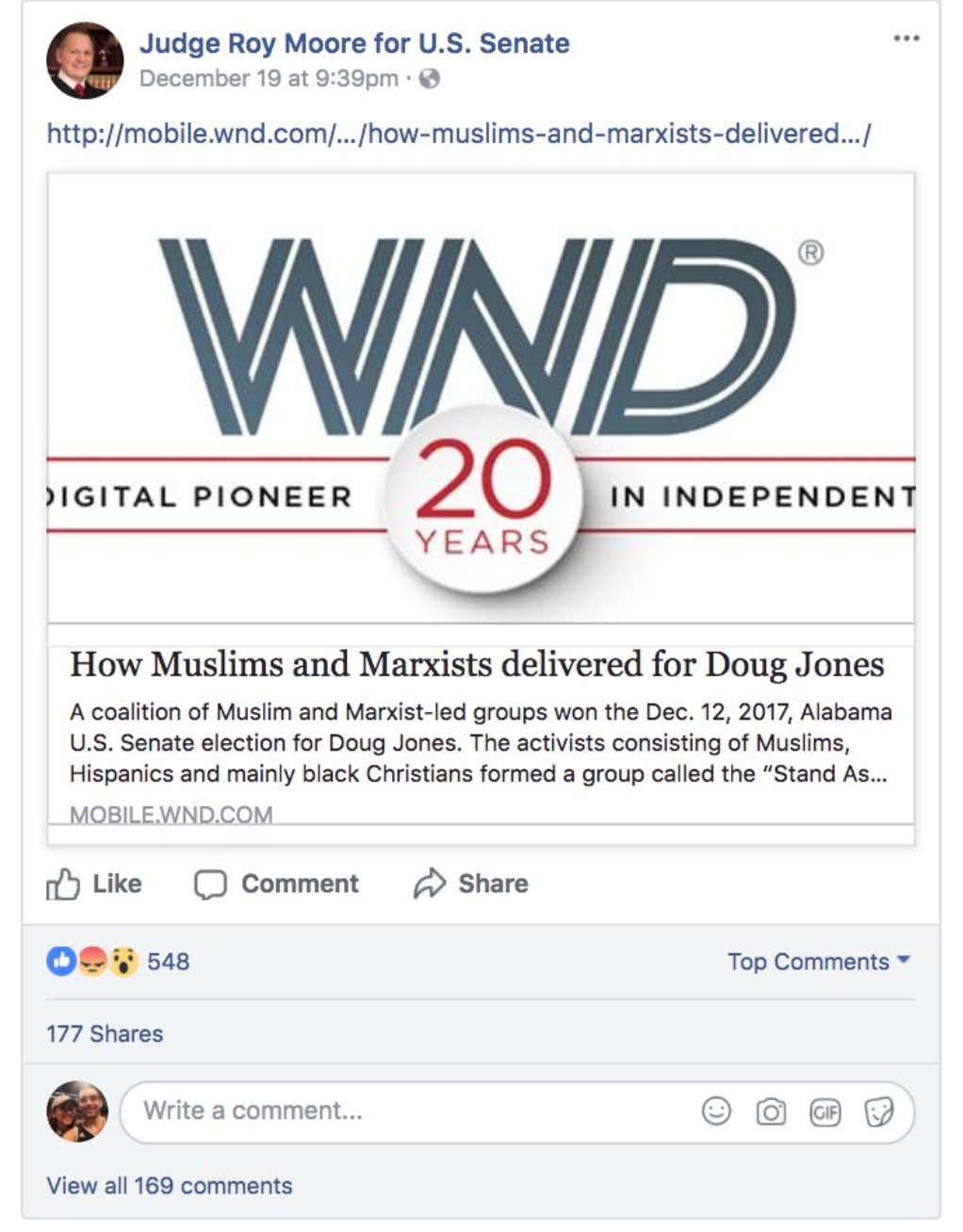 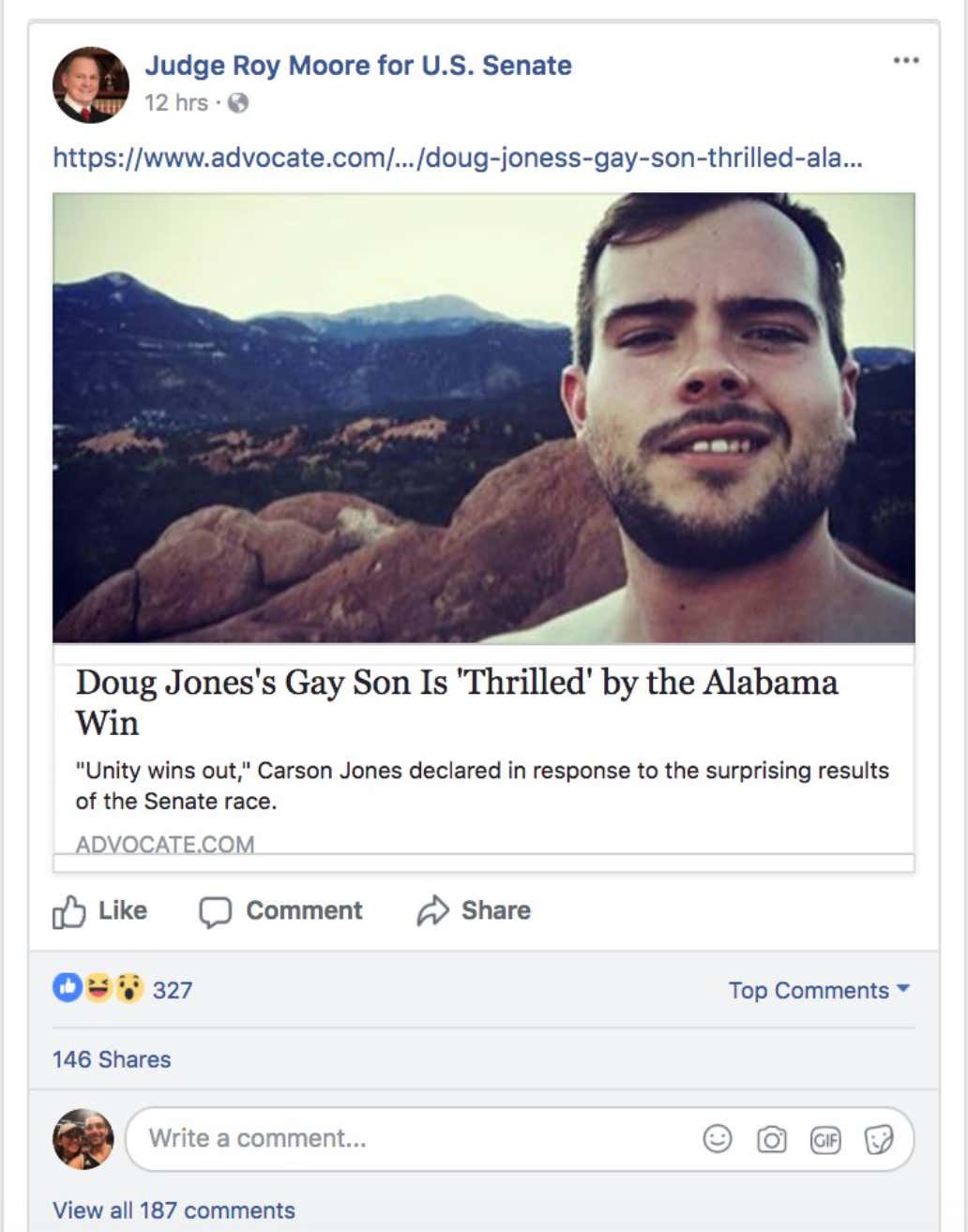 Need anymore confirmation that Not Roy Moore was the right choice for Alabama? Look at this piece of shit. Over a week after the loss and he still hasn’t conceded, instead is resorting to sharing shitty, hateful pieces about how diversity cost him the election and how Doug Jones’ gay son is excited his dad won. Think about how much of a piece of shit move that is — trying to make people feel bad or feel regret or feel something because the results led to a gay person being thrilled. The fuck is wrong with these people? Guy can’t believe people can accept that his hate towards minorities and homosexuals didn’t win out. Oh and not only is he clearly this hating, delusional, lunatic scumbag who can’t accept defeat, but he also molests children. Almost forgot about that one.

Fuck Roy Moore and his wife and even his Jewish lawyer too.

Don’t know a thing about Doug Jones. Don’t care. Anybody but these people.