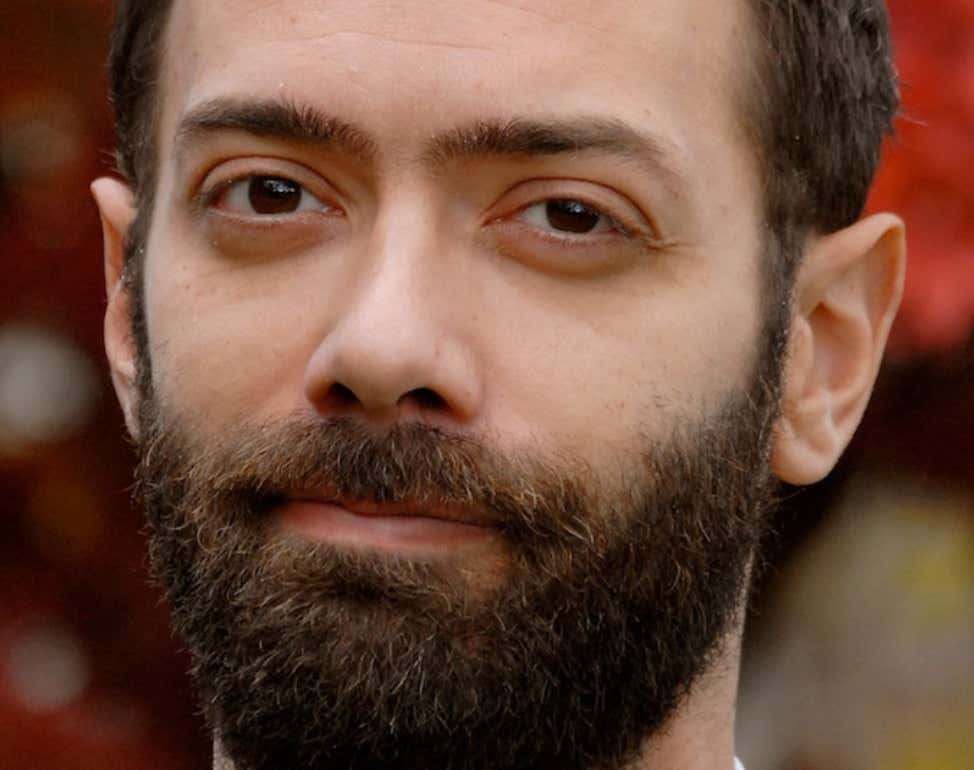 In an email to staff that was published on Kinja, Banikarim called Marchman “a natural leader, talented editor and relentless reporter” and complimented the work Deadspin did under his leadership.

Saw this article pop up on my timeline today, and it was a delightful reminder about esteemed bitchboy Tim Marchman. I hadn’t thought of that name in months, really since he accidentally created…me. That’s right, it was Deadspin’s Editor-In-Chief who birthed Octagon Bob. How’d he do this? By challenging the world to a fight in the UFC Octagon.

It all started when Ted Cruz owned Deadspin online. 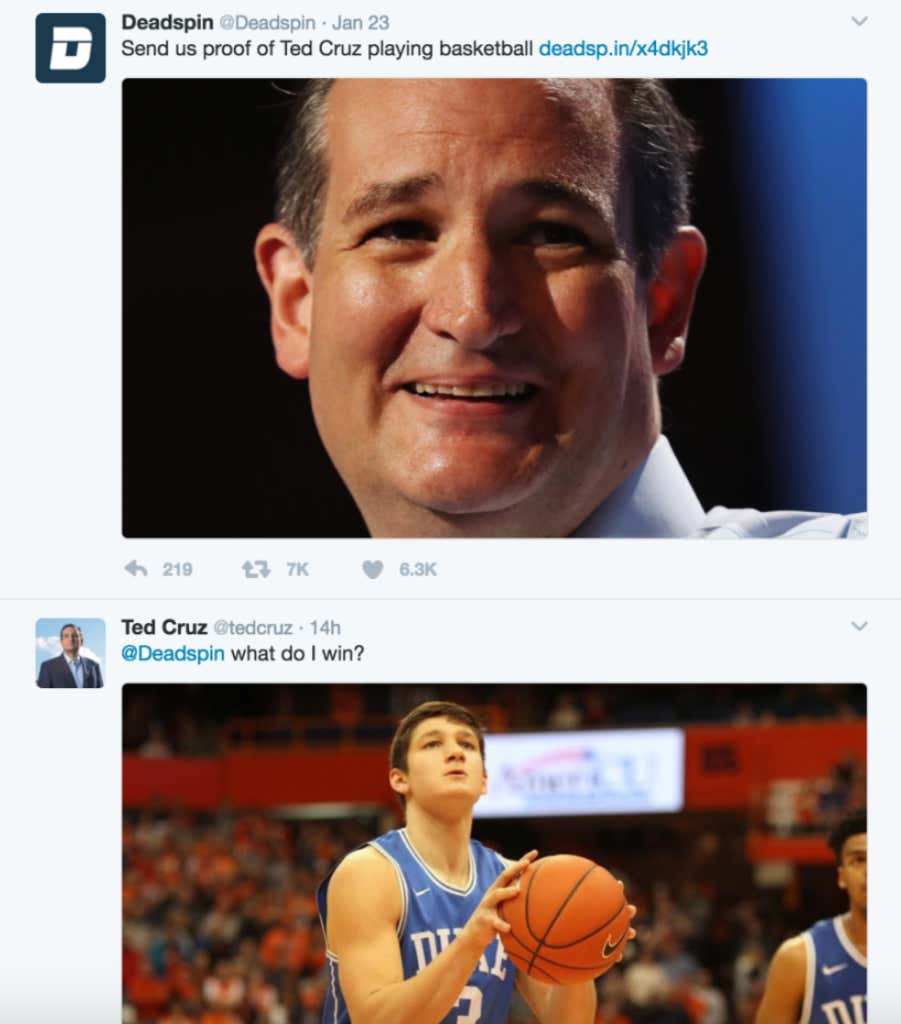 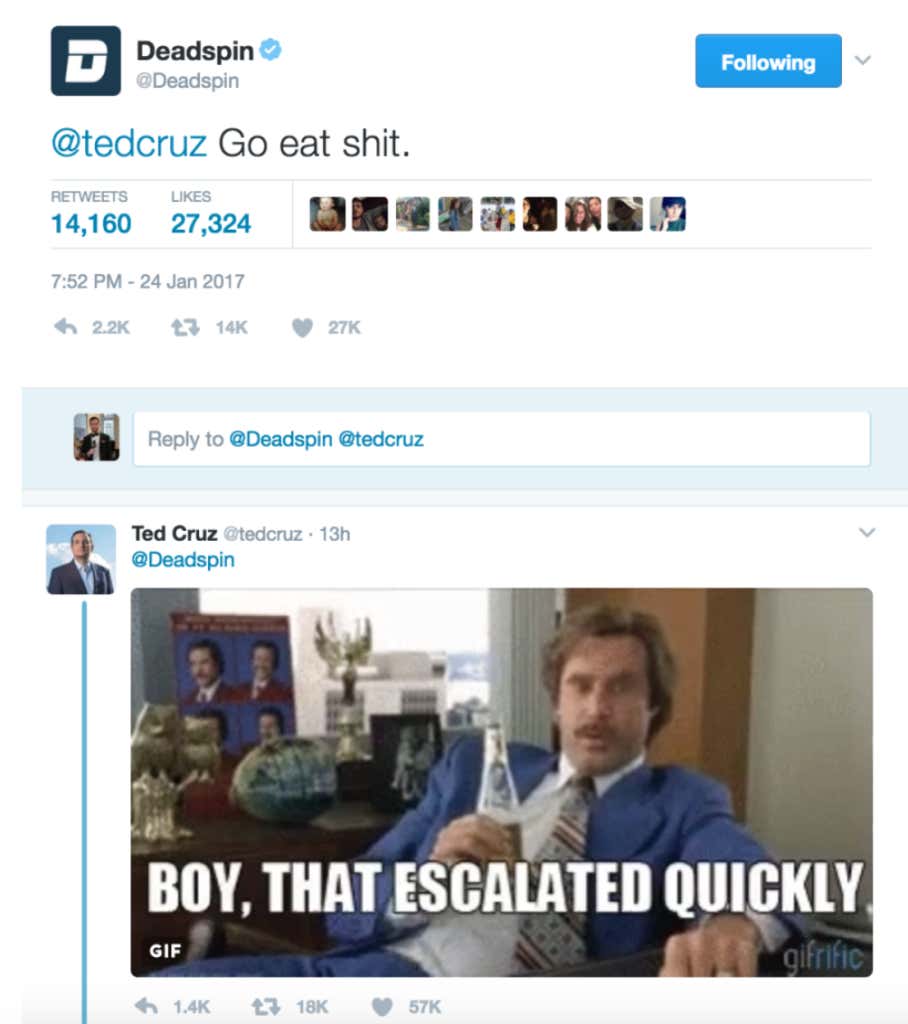 Then, Tim Marchman became as gotten-to as anyone that has ever opened up a computer. 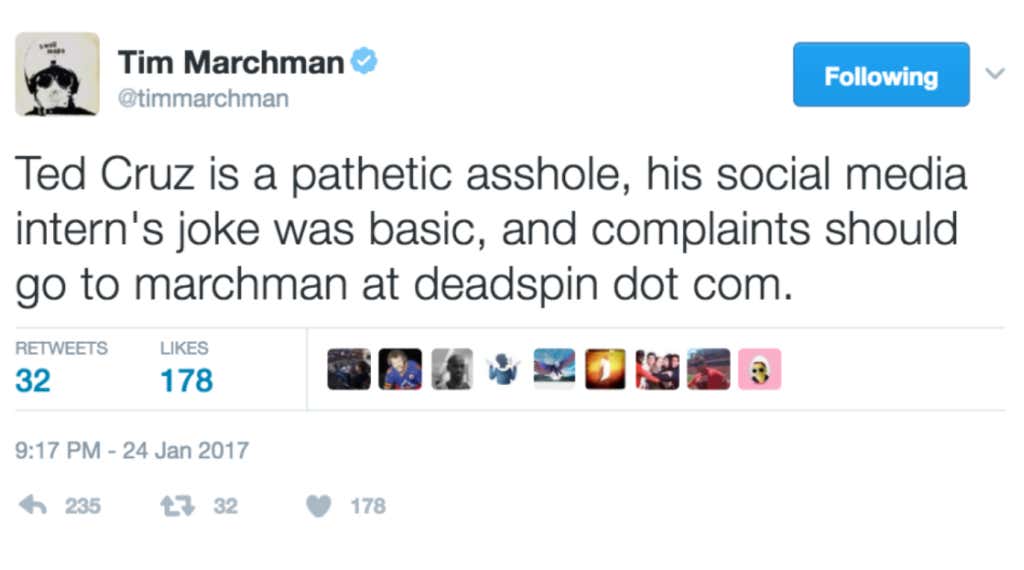 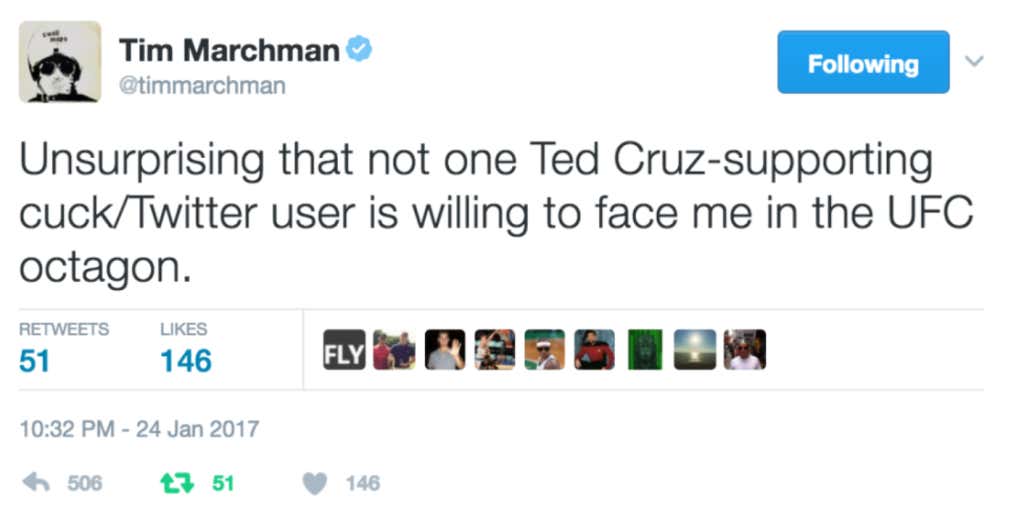 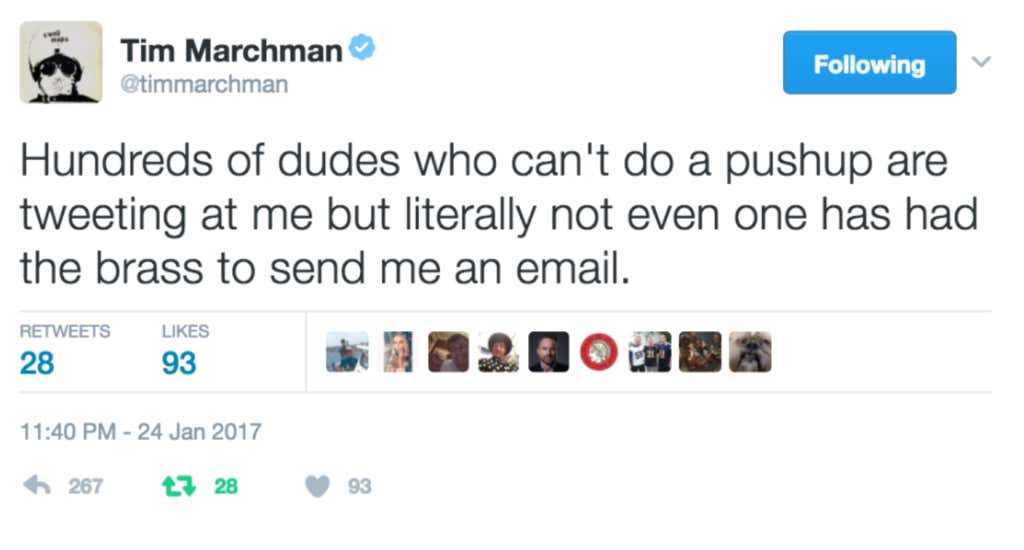 The thought of THIS GUY… 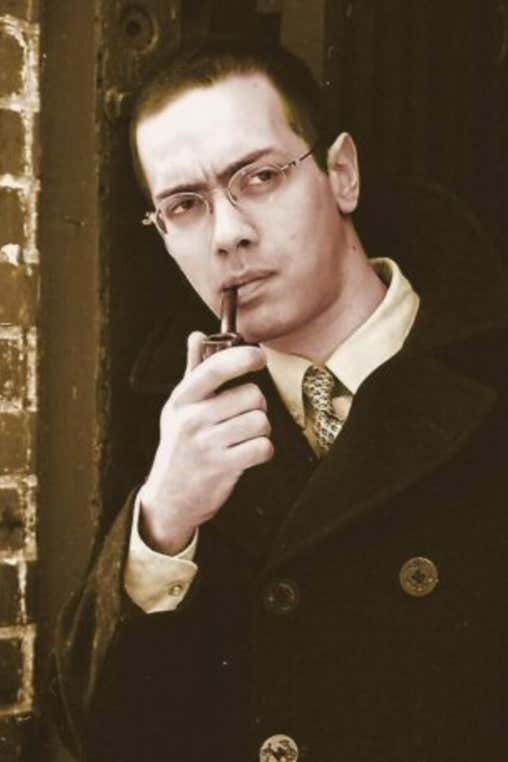 …challenging the collective internet to a fight inside the UFC Octagon, claiming everyone who chirped him couldn’t even do a pushup…that made me laugh. Hard. So it kinda became my thing after I wrote the following response blog to him! 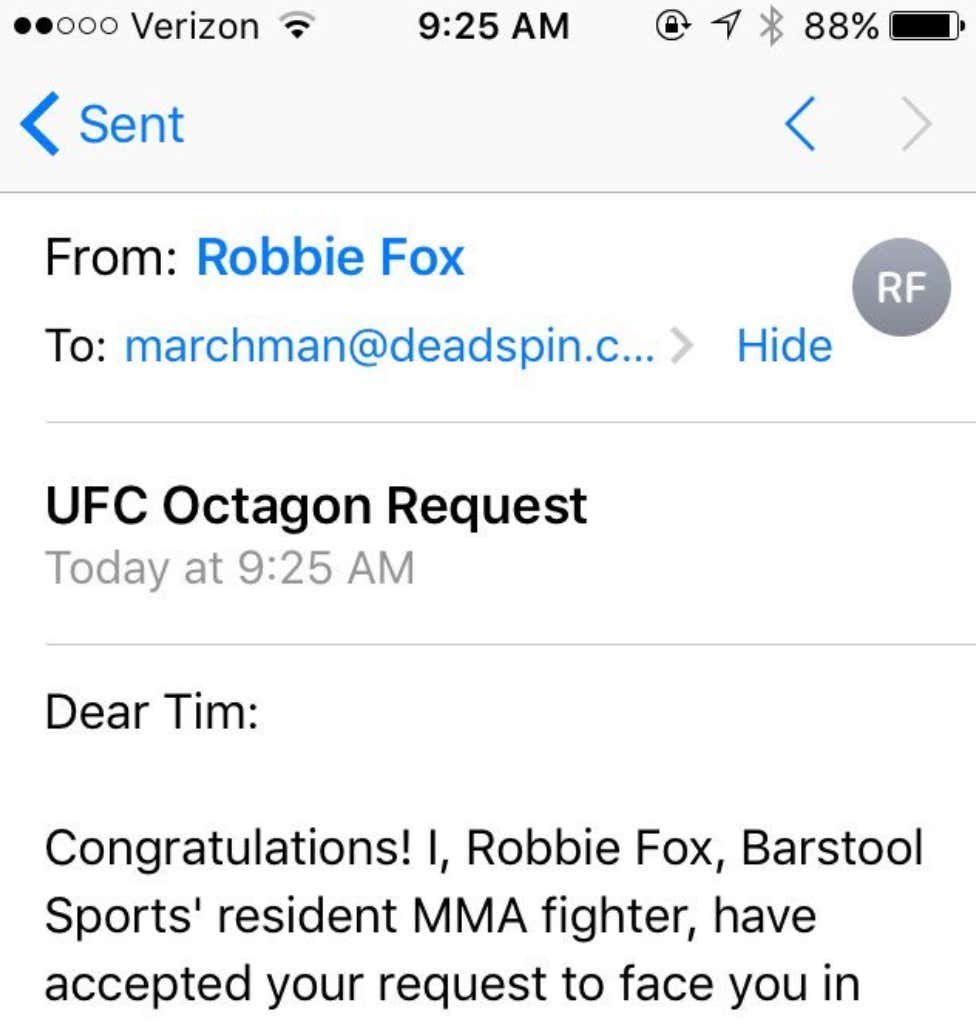 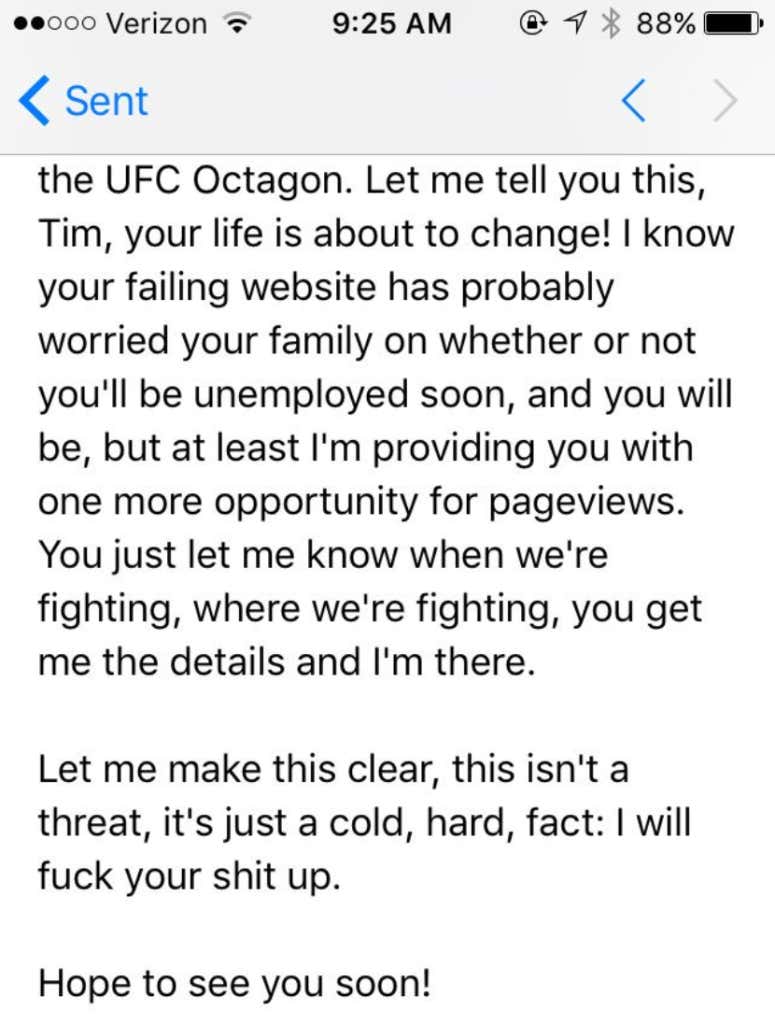 It’s hard to tell whether or not Timmy just made the best decision or the worst mistake of his life. I mean, on one hand, I’m gracing him with a huge payday in pageviews. Deadspin desperately needs every click they can get, and I’m sure there’s hundreds of thousands of people who have never heard of them may give their homepage a click.

On the other hand, I’m gonna have to bury him deeper than Ted Cruz and Hulk Hogan combined. It’s just going to be a ruthless, one sided fight. Did he even see how one sided my last fight was? That was against a ruthless fighter in the UFC. Imagine what I could do to the EIC of a failing website! Sad!!!

So far, it’s been a little over an hour and a half with no response. I’ll let you guys know when the confirmed bitch emails me back. Until then, you can let him know that the Why Not Gang would like a word with him.