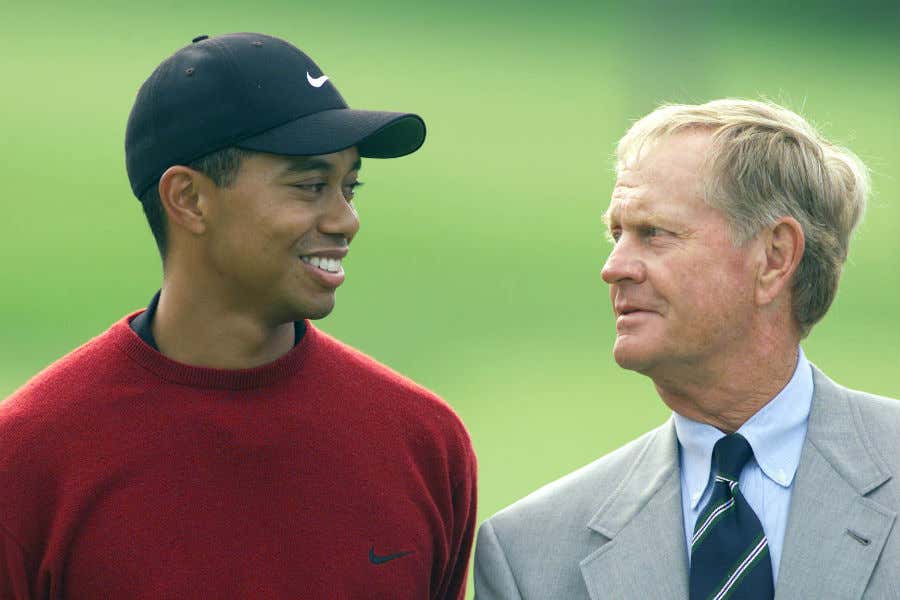 Folks Jack Nicklaus is officially a terrified person. Petrified. Scared. Quivering. The GOAT golf careerist is once again TERRIFIED of the true GOAT, a one Eldrick Tiger Woods.*

First it was this quote:

HA! Not interested? What? You mean not excited aka terrified. I wouldn’t be “interested in watching him” either if I set all these records no one thought could possibly be broken then this absolute savage from the very next generation who literally can’t sleep because he’s up all night fucking everything that walks and doing it with the biggest dick this side of pornography came back from 47 surgeries to crush my records.

And he dropped this:

“Would you rather have a 19th major championship or see Nick catch the winning touchdown in the Super Bowl?” Pazder asked him.

Nicklaus brought the house down with his reply.

Legit would rather have 1 more major to get to 19 over his grandson catching the Super Bowl-winning TD because Big Dick Eldrick is back on the prowl.

No joke I don’t think there’s a single person on earth hoping they die in the next 5 years more than Jack. Hoping, praying, begging he goes while that 18 mark still stands. While that’s still the pinnacle of golf.