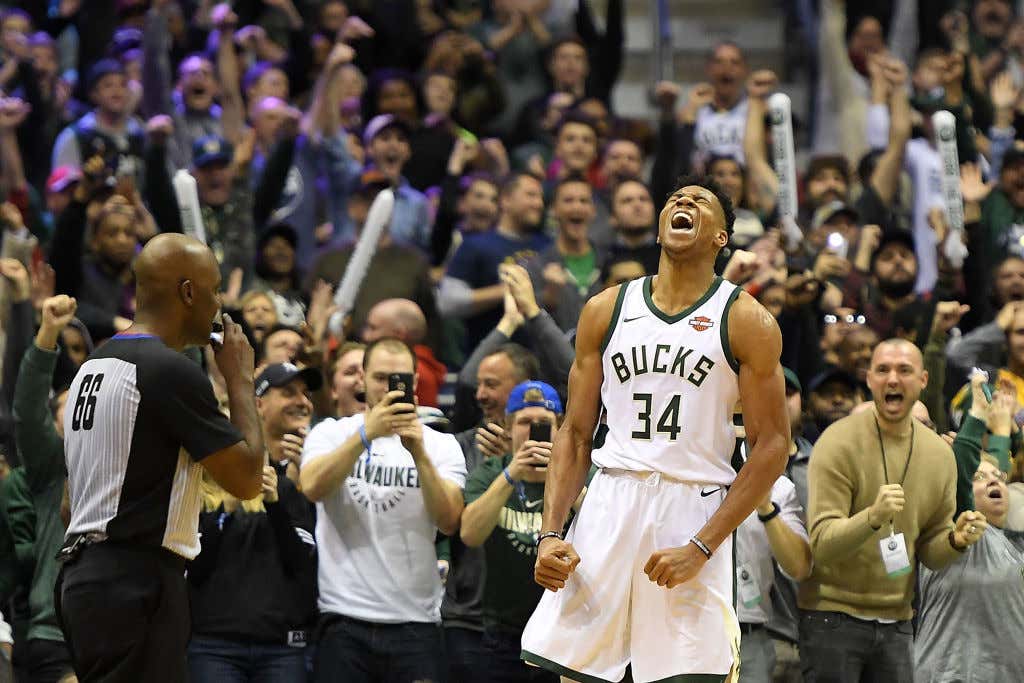 Welcome to another edition of Last Night In The NBA where we catch you up on everything that happened from the night before in the Association. Unfortunately there were just 3 games last night so if you’re looking for this blog to kill a decent chunk of time at work, my apologies. Now just because there wasn’t a full slate of games does not mean it wasn’t an exciting night of basketball. Quite the opposite actually. If you missed it, here’s what happened.

I get the big picture. I get wanting to be cautious with Joel Embiid because the Sixers are worried sick about him getting hurt. I have no problem with the not playing back to back strategy. But look, he’s your best player. You literally do not win when he doesn’t play. You sat him on Monday which was fine, he did just play 44 minutes on Friday, but this is yet another time we see PHI hold him out for both games of a back to back, and once again they came up short.

Here’s the thing that would bug me if I was a Sixers fan. You say you don’t want to waste him in a mid December game, that it’s not that big a deal and rest is more important so he can be ready for the “playoffs”. Well guess what, you’re now 1-6 without him, 2 games under .500, and now 2 full games from the 8 spot in the East. My point is who the hell knows if you are even going to make the playoffs because you keep sitting Embiid again teams that you should beat, and you’re not beating them. What good is it having this talent if you never let it play? How can Embiid’s body get used to the NBA grind if you don’t allow him to play? He’s not hurt, he had 3 days of rest, you have to play this dude. He now hasn’t played in 4 of their last 6 games.

As a result, the Sixers had no answer for ZBo, who dominated to the tune of 27 points on 12-19 shooting

I know you’re shocked that Amir Johnson and Dario Saric couldn’t contain this monster. Well the guards weren’t all that better at containing Buddy Hield either, because he went for 24 off the bench on 9-19

After finding themselves down early in this game, SAC responded in the second half, especially in the fourth where they won it 30-17. Their 101 points was the first time in the lat 5 games that they broke 100, and I’d say going against a team without their best defensive player helped that.

For PHI, obviously Embiid didn’t play, but everyone else did so losing to the Kings who had just 9 wins isn’t exactly great. Tough when guys like Saric go 3-10 (1-5), Redick goes 3-10 (2-5) and Covginton goes 5-19 (2-13). As a team they finished with 42/28% splits, but also had 19 TOs. You could tell their offense was out of wack without EMbiid, which is surprising because they should be used to playing without him you’d think.

Sadly, the Sixers wasted a great performance from Simmons who had 13/12/9 on 5-6 shooting

What a roller coaster of emotions for Wizards fans. On one hand you had Bradley Beal sprainking his ankle, which is legit terrifying given his history. On the other hand he saved you the game, which was exciting. It was Very Wizards to build a huge lead, up to 25 points, only to see it vanish by the third quarter, but it was a nice 24-5 run led by Beal that eventually saved the day. Beal finished with 26 to lead the Wizards in a team high 36 minutes. But don’t forget about his backcourt partner John Wall, who had 18/6/10 himself

It should also be mentioned what a nice little stretch Mike Scott is on for the WSH bench. He’s been great his last three games, and last night was no different. He finished with 24 points on 11-15 shooting which was huge because the Wizards were without Otto Porter Jr

For NO, it probably doesn’t help that earlier we hear AD talk about how winning is so important and all this stuff, and then in their first game since they got own early, and lose late. In typical NO fashion Boogie and AD were fantastic, combining for 63/22/5 on 19-38 shooting

Unfortunately, nobody else on NO felt like helping really.

Shocking that the Cavs are starting to play some real teams, and things suddenly look a little different. Yes they best WSH the other night, but MIL showed how far their defense still has to come when playing elite talent. This was obviously billed as Giannis vs Lebron, and boy did it not disappoint. Giannis finished with 27/14/8 on 8-14 shooting, including the game sealing steal of Lebron in the final moments

and they needed every point because the Bucks came extremely close to blowing a gigantic lead in the fourth quarter. To finally stop their losing streak against CLE, the Bucks got help from everyone, not just Giannis. Eric Bledsoe had 26 points

This is the formula you need to beat Lebron. You need everyone on your team to play well, because you absolutely know that Lebron is going to be ridiculous and probably go on one of those crazy Lebron runs where he puts the team on his back and makes things close. The one thing I didn’t get was MIL’s final possession. Isolation with Middleton? Did they forget they have Giannis on their team? Very weird strategy from JKidd.

For CLE, like I said, Lebron was fucking nuts once again

Kevin Love did his thing with 21/10/4 on 8-15 including 5 made threes, but other than that, no other CLE starter was all that effective. Jeff Green and Wade continue to turn back the clocks on the second unit with a combined 27, and it was Wade who played a huge role in that 24-3 run to get CLE back in this game.

But when they needed one final stop, it was Tony Snell that made a huge late three, and from there the Bucks never looked back. This was just the 3rd loss in their last 21 games, and the Cavs still hold a 2-1 advantage against MIL head to head, so it’s not the end of the world obviously. As it stands now MIL/CLE could still meet in the playoffs and boy wouldn’t that be exciting.

And that’s it! You’re now all caught up on everything that happened last night in the NBA. We’re back with a full slate tonight, 12 games in all including some good matchups like BOS/MIA, LAL/HOU, UTA/OKC, MIN/DEN, and SA/POR. As always, if you happen to miss anything just come on back here tomorrow and I’ll fill you in.