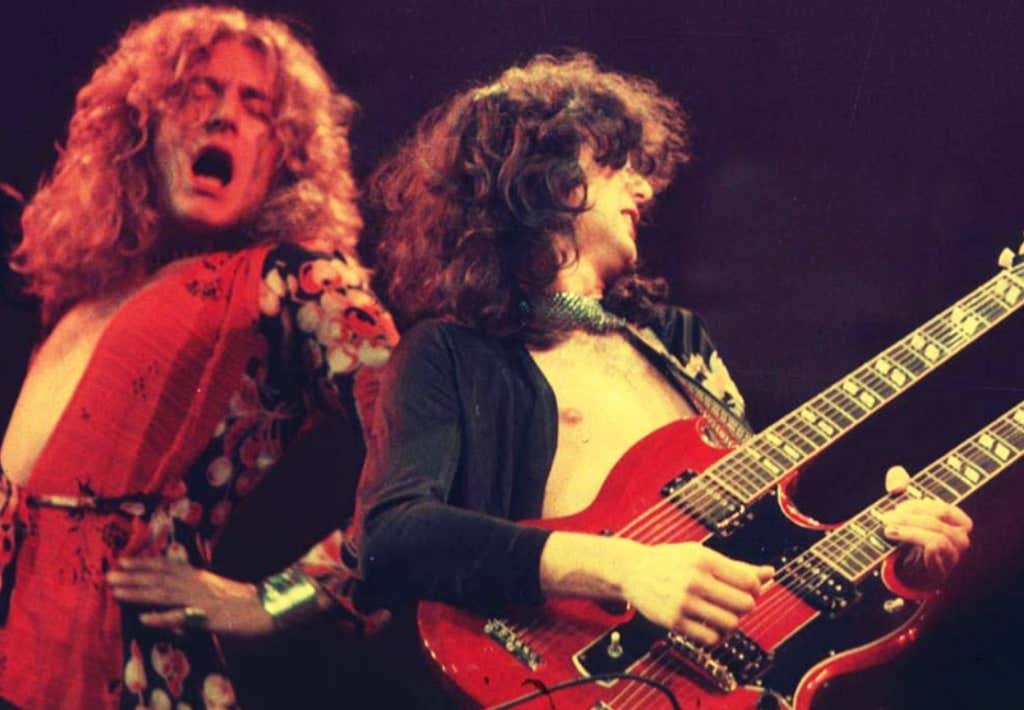 GuitarWorld- In a new interview with Academy of Achievement, Jimmy Page said “for sure” that new, previously unreleased Led Zeppelin material would be released in 2018, the band’s 50th anniversary.

“There’ll be Led Zeppelin product coming out, for sure, that people haven’t heard, because I’m working on that,” the guitarist said in the interview. “Next year will be the 50th year, so there’s all manner of surprises coming out.”

I feel like I’ve been writing a lot of “Don’t get your hopes up” blogs recently, and this is sort of another one, because if there’s unreleased Zep, it’s probably demos or slightly differently mixed tracks that weren’t released for a reason, but hey, what if? What if on the 50th anniversary of Led Zeppelin as a band, we hear a brand new song? Even if it’s the worst Led Zeppelin song of all time, that’s still like, twice as good as anything coming out right now (not to be one of those “I was born in the wrong generation” YouTube commenters). I think we all love Greta Van Fleet because we’re saying “It’s like we’re getting new Led Zeppelin tracks” – and because they’re great – but this could be actual new Zeppelin! Probably not, but what if?!

I just want them to tour one final time, man. It’ll never happen, because Robert Plant turned down almost one billion dollars to do it a decade ago, citing his inability to sing the songs anymore (drugs + age = bad combo), but he sounded so great on Celebration Day, their one and only reunion concert with John Bonham’s son Jason on drums. Just gotta bump everything down a few octaves. Phone in your Wednesday by just watching a few of these videos, and daydream away about the potential new Zep in the new year.