SEND IT IN ADRIAN!!! Nothing like a close battle between two high school teams ending because one of the players went full Shaq Fu on the rim and nobody being able to replace the rim because it’s a fucking high school basketball game. That rim collapsed like it’s one of those plastic hoops you get as a 5 year old. Adrian Nelson brought the thunder then casually walked off the court like an NBA Street player slamming home a Game Breaker. I can’t imagine how awesome it must feel to dunk a ball, let alone how awesome it must feel to dunk a ball so hard in a road game that the school you are playing at has to shut down the game and send everyone home early as the crowd goes crazy over what you just did.

And what’s this shit about the basketball game being rescheduled for a later date? Get that shit out of my face. If one of your players breaks the rim, you win the game and the rim is your trophy. Plain and simple. It’s like getting the frisbee in the slot of a Kan Jam game. Broken Rim = Autowin. If you don’t have any kids on your team that can dunk, too bad. Either recruit kids that can jump higher or buy 12 pairs of these shoes that definitely made you dunk and definitely weren’t a cheap gimmick from the 90s that fucked up your calf muscles. 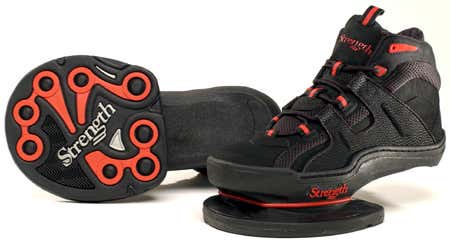