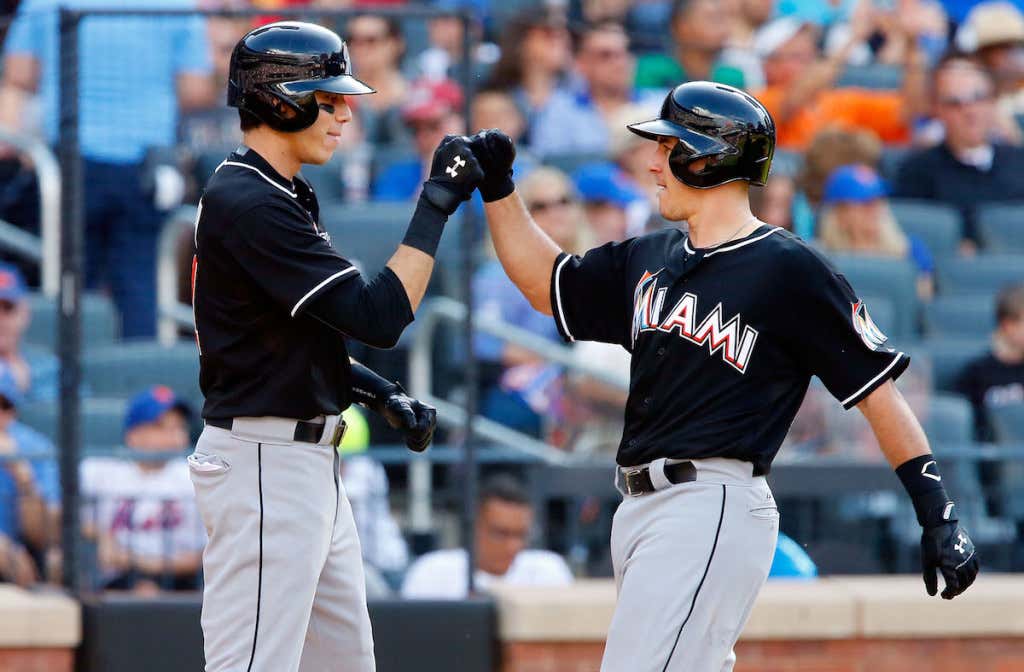 By now, everybody knows that the Miami Marlins are in full blown fire sale mode. They’ve traded Giancarlo Stanton, Marcell Ozuna and Dee Gordon to get things underway, but there are still more stars that the team could look to unload in exchange for prospects. As Jeff Passan mentioned, Justin Bour could bring in a nice haul after posting a .902 OPS in 429 plate appearances last season. He’s still got three more years of control before he becomes a free agent.

But the name that’s being talked about the most is our boy Christian Yelich, who’s under contract through 2022 at a very affordable salary. Yelich is owed just $7 million next year, $9.75 million in 2019, $12.5 million in 2020, $14 million in 2021, and has a $15 million club option for 2022. That’s one hell of a team-friendly deal, which has a ton of value to a team that might be interested in acquiring the 26-year-old outfielder. We’re talking multiple top prospects coming back to the Marlins if Yelich is headed out of Miami, assuming the Marlins don’t fuck that one up. Not holding my breath here.

As you can probably imagine, a 26-year-old stud outfielder wants to win and doesn’t want to waste his prime years with an organization that isn’t even remotely close to being in a position to compete for a World Series title any time soon. That, and he’s sitting back watching Stanton go to the Yankees and Ozuna go to the Cardinals, both of which are winning organizations, wondering when the hell his ticket out of this hell hole is coming.

Well, it might not be coming this offseason for Yelich, and it might not be coming for JT Realmuto either, who reportedly has requested a trade. That’s because Marlins president of baseball operations, Michael Hill, put out a statement that basically said, “I tell you when a trade is going to be made, not the other way around.”

I mean, he’s right. Neither player has any leverage here. Stanton had leverage in regards to where he wanted to play because A.) The Marlins couldn’t afford his salary and absolutely needed to trade him, and B.) Stanton had a full no-trade clause. Yelich’s contract is affordable and does not include a no-trade clause, while Realmuto is only entering his first year of arbitration this winter, so he has even less of a leg to stand on here because he bears a much less financial burden to the club.

Yelich just has to hang tight, because eventually (I hope) the Marlins will realize that they’re not going to field a team that can contend for a World Series title during Yelich’s prime years. Hopefully they realize that they’re much better off raking in the top prospects now in a trade involving Yelich, rather than hanging onto him and decreasing the value of what they could get in return for him. The longer they wait, the less years of control remain on Yelich’s contract, the less of a return they’ll get in a potential trade for him. Give this kid a chance to see what a winning record looks like and help your organization in the process.