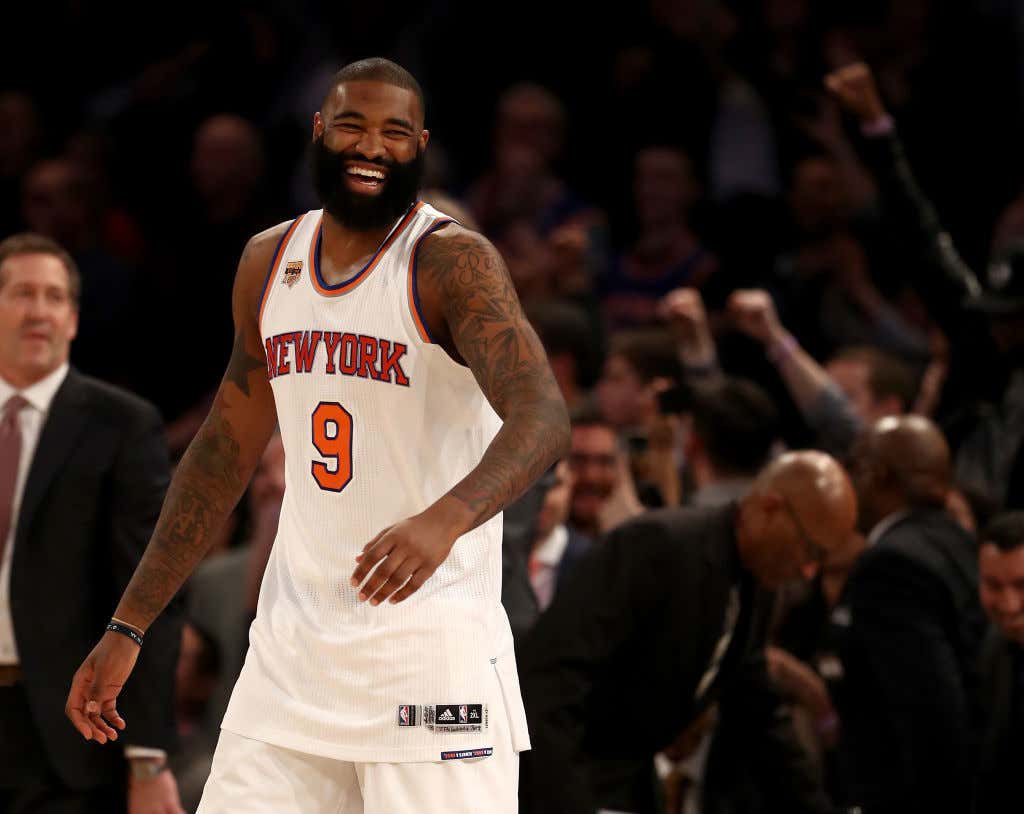 ESPN - …For a few Saturdays during his tenure in New York, O’Quinn has taken on an entirely different one: bar mitzvah and bat mitzvah entertainer.

“The parties are crazy,” he said. “I did one, did two, and the next thing you know, I was just Bar Mitzvah Man.”

O’Quinn is one of the bigger comedians in the Knicks’ locker room, so it makes sense that he would thrive as the headline act at a party filled with 13-year-olds. The 6-foot-10 center spends most of his time at the parties socializing, dancing, joking around with families and — of course — taking plenty of selfies.

“A lot of times, I go and I stay longer than I’m supposed to because it’s so much fun,” O’Quinn said. “The food’s always good. The only thing that gets a little overwhelming is the kids; sometimes they don’t listen to the structure of the party and it just gets loose.

“And the [parents] kind of leave it like, ‘Kyle, you deal with it.’ And it’s kids saying, ‘Selfie, selfie, selfie, snapchat, what’s your snapchat?’ But once you get that out of the way, it’s fun.”

This is maybe my favorite story to come out of the NBA this year.  Kyle O’Quinn, New York native, Norfolk State legend… 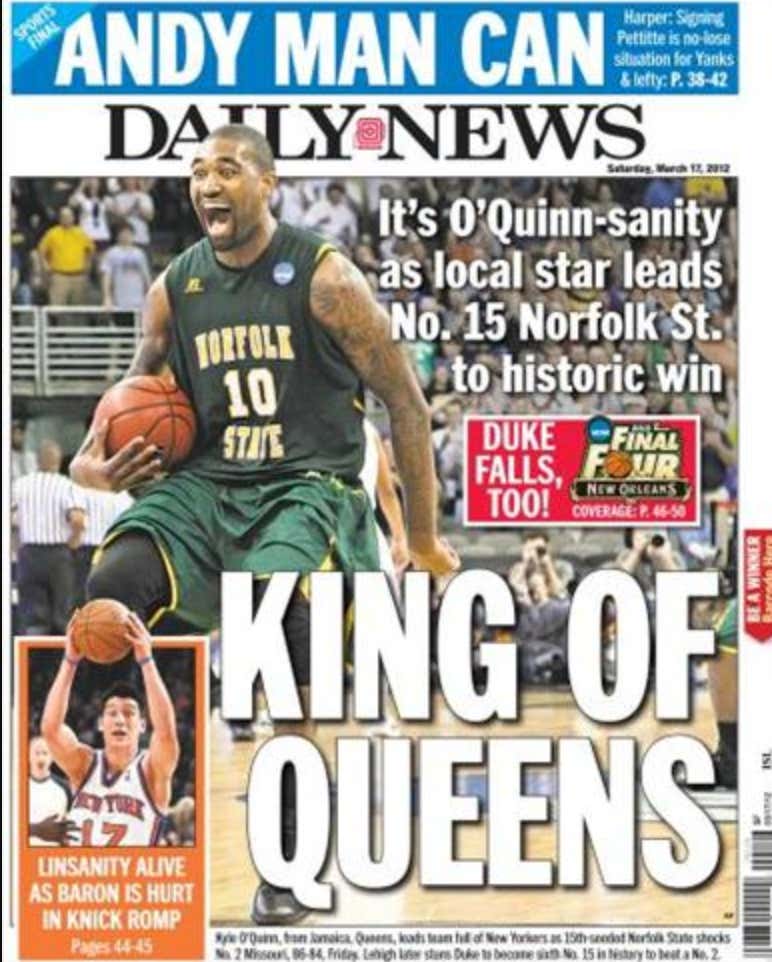 …very serviceable NBA backup who steps in for injured starters every now and then to put up monster Draftkings nights….turns out he has another role too: 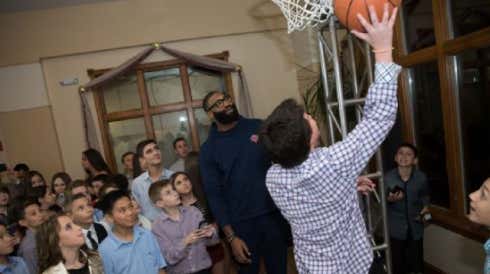 Yup, Kyle spends his weekends going to random kids’ bar mitzvahs throughout the city.  Just shows up and hangs out and tears up the dance floor.

It all started when his agent (who is, shockingly, Jewish) invited him to his daughter’s bat mitzvah.

One teammate looked over quizzically when O’Quinn’s spoke about his role as bar/bat mitzvah entertainer recently.

O’Quinn didn’t attend any bar mitzvahs or bat mitzvahs while growing up in Queens.

“I didn’t have any Jewish friends,” he said.

So the 27-year-old didn’t know what to expect when he was invited to the bat mitzvah of the daughter of his agent, Andy Miller.

“That was one of the best parties I’ve been too in my life,” O’Quinn said.

From there it went from team organized “appearances”…to just flat out going for fun.

It also was the beginning of a nice side gig for O’Quinn, who has been with the Knicks since the 2014-15 season. Through his agency, O’Quinn booked a few appearances at bar mitzvahs and bat mitzvahs in the area.

He arrives to the party after the religious ceremony and is sometimes introduced by video or by the emcee.

“Then I come out and they just go nuts,” he said. “After that, it’s like [I’m] a part of the party.”That includes dancing, joking around with the kids, taking selfies and signing autographs.

“Honestly, it’s really nice to be a part of their culture and be down with them.”

Love it.  Kyle O’Quinn, my new favorite player.  Homie, you’re welcome to be down with the culture any time you please.  Everybody knows Jews have the most fun.

“One thing I can say about these families,” O’Quinn said, “they all know how to party.”