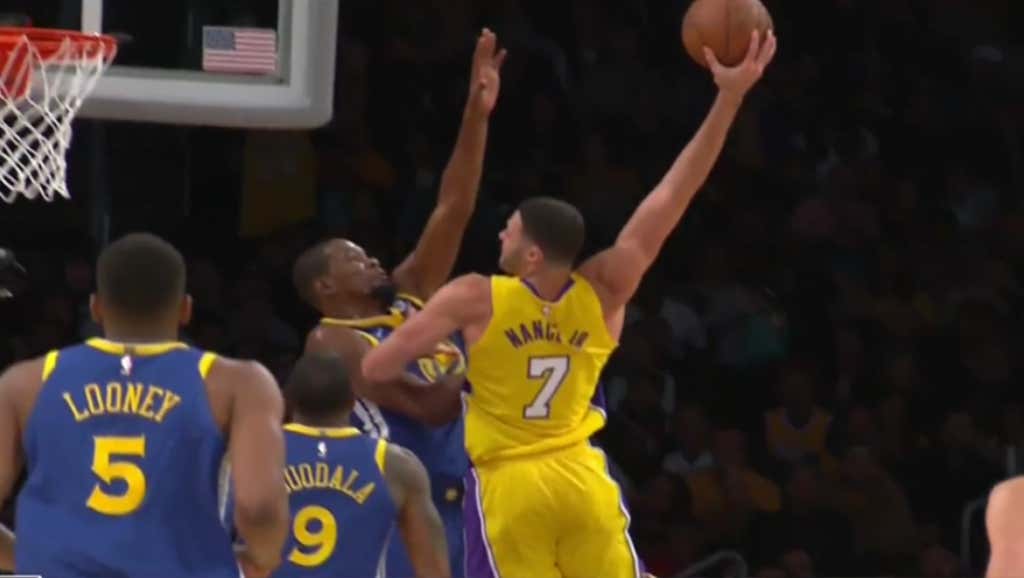 So last night there was nothing on TV and I flipped on Warriors-Lakers for Kobe night. Originally I planned on just watching the halftime ceremony, but I stuck around for the whole game. Surprisingly it was a good game (Steph being sidelined helped) as the young Lakers hung tough from start to finish, forcing OT. At the end of the day the night was about Kobe getting both his numbers retired in the Lakers’ rafters (boss move). I could care less who won the actual game because the Lakers aren’t making the playoffs and the Warriors will be the eventual 1 or 2 seed, so the result was meaningless. What really made me happy the whole night was Kevin Durant continuously getting dunked the fuck on. As you probably do too, I hate KD. He’s a soft ass bitch who fled to the Bay Area so he could desperately win a title and ruin the NBA. He creates twitter accounts to defend himself online and he’s just such an unlikeable player when you add up all the negatives. So watching all of the Lakers do this to him last night was incredible.

Julius Randle got things started in the 1st. Full on anger dunk on KD’s skull

Then Jordan Clarkson got in on the fun

And then Larry Nance Jr. assaulted both Kevin Durant and the rim with the dunk of the year so far. This was flat out mean.

Yeah so what KD hit the game winner in OT who cares, take your win Golden State, the rest of the world is laughing at that cupcake bitch Durant who wound up on three posters.

As for Kobe night, it was awesome. The tribute video they made before he came out was incredible.

And we got to see an AI-Kobe reunion which brought out all the feels. Fucking love Allen Iverson

One more thing, I have no clue how Jeanie Buss looks this good at 56 years old. Why the hell did she settle for Phil Jackson all this time? She’s absolutely STUNNING and doesn’t look a day older than 45.