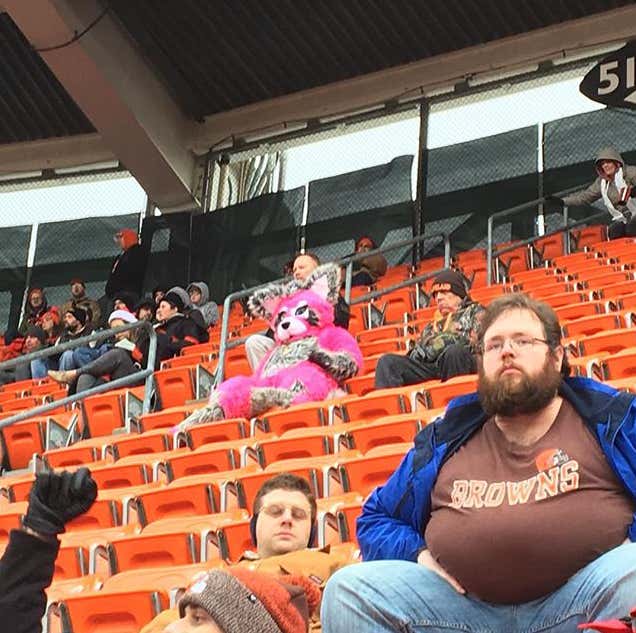 Shout out my guy Joe at @BustedCoverage for the pic

Just so much going on in one picture. The guy in front stealing your eye, the guy in the full furry costume in the background that makes no sense but also makes perfect sense at the exact same time, the guy next to him who is maybe the saddest fan of all time, the empty seats, and the half a fan all the way in front that hasn’t given up hope. It’s Art. If you want to sum up the Cleveland Browns existence for the past 15 years it’s this picture. It has everything rolled up in one image. Ive said it before but I really do feel bad for Browns fans. No fanbase should have to endure what they’ve endured. And yes part of that is I often forget that Browns fans also have Lebron which sort of evens it out, but still. Cleveland seems like a great Football City and they’ve been utterly shit on for what feels like forever now.