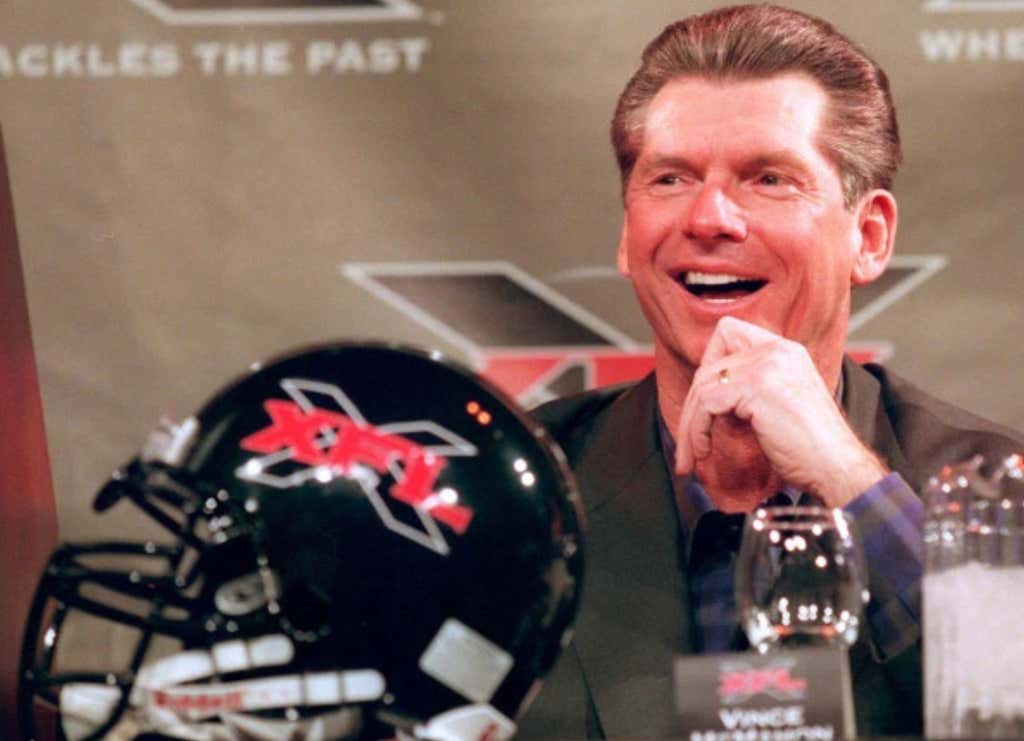 Washington Post- At the end of ESPN’s recent “30 for 30” documentary on the XFL, WWE owner Vince McMahon and former NBC Sports chairman Dick Ebersol — the men who spearheaded the failed early-aughts competitor to the NFL — mused about possibly giving it another go.

“Do you ever have any thoughts about trying again?” Ebersol asks McMahon, per Pro Football Talk’s transcription.

“Yes, I do,” McMahon replies. “I don’t know what it would be. I don’t know if it’s going to be another XFL or what it may be or how different I would make it. It seems like in some way it would tie in either with the NFL itself or the owners.”

And then Friday, a journalist and pro wrestling fan named Brad Shepard tweeted this:

Dust off those “HE HATE ME” jerseys, ladies and gentlemen, because football is back! I guess I could write this blog with some faux excitement, talking about how I can’t wait for “The Scramble” to return, and how I’ll be the biggest New York-New Jersey Hitmen fan the world has ever seen, but in all actuality, this provided me with the biggest eye-roll I’ve had in quite some time. Just buried my face in my hands when I read this. Vince McMahon saw the NFL ratings going down, he saw his good pal Donald Trump shitting on them, and ding! A lightbulb went off in his brain. How about we resurrect the XFL, which lost SEVENTY MILLION DOLLARS in 2001, to take over the sport of football? You know, the league that promoted itself as being anti-player safety! That’d play in the era of concussion testing and CTE research, right? As long as the players are required to stand for the anthem, which I’m positive they will be, I guess! I can’t even imagine what WWE stockholders will be thinking if the tires start to turn here, and I think they may in the very near future. WWE hasn’t done anything to refute this report and applied for the XFL trademark in June of this year.

Who would even willingly sign up to play in this league, knowing the promises McMahon broke to it’s original players? He guaranteed them it’d last at least two years, giving them some incentive to leave the NFL, and then canned it after one. Who the hell knows. Disaster awaits.