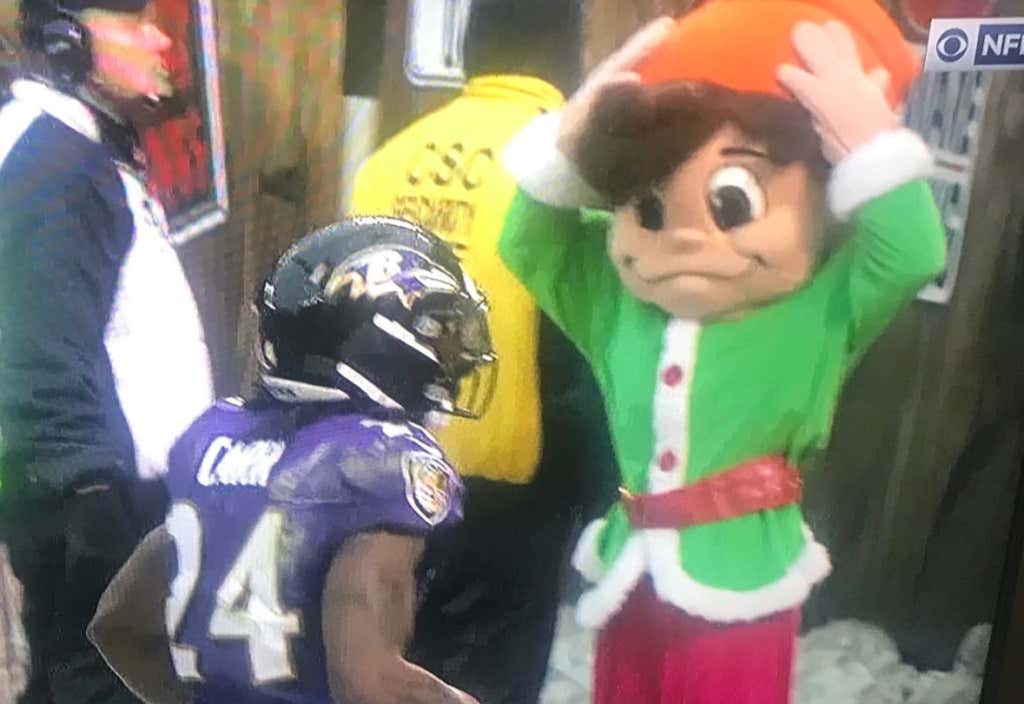 I love it when things go to plan. There were a couple hiccups early on, but the Ravens were very much in control for the vast majority of this game. They took care of the football and forced Deshone Kizer into a handful of rookie mistakes. That was the gameplan going in and they executed that to perfection.

I know we’re talking about a win over the Browns, but I’m starting to believe the Ravens have something cooking here on the offensive side of the ball. Their success in putting up points goes well beyond just this week. Over the last 7 games, the Ravens have put up 30.7 points a game. Sure, that number is padded by a couple defensive touchdowns and the a lot of short fields, but that’s still wildly impressive given the personnel Joe has to work with. And it’s easy to forget that they’re still playing without the best run-blocking guard on the planet. Plus Jeremy Maclin has been constantly injured. They’re starting to click at the right time.

Another impressive development was the bounceback by the secondary after getting absolutely gashed last Sunday night in Pittsburgh. Again, they were playing a rookie QB, but they did a phenomenal job of bottling up Josh Gordon today. Sometimes it takes a couple weeks to settle in after losing a guy like Jimmy Smith, and the defense certainly seems to be on that adjustment curve. Marlon Humphrey played a really nice game and will continue to be a key piece of the defense down the stretch.

We know what needs to happen here moving forward. This was the first leg of a 3-game stretch against mediocre teams to finish the year. Win all 3 and the Ravens are in the playoffs. Win 2 of 3 and they need some help. Given that it was the only road game of the 3, today’s game actually worried me the most. The Browns had come in playing better than an 0-13 team the past few weeks, and the addition of Josh Gordon only helped. They always give us a tough game in Cleveland, so I expected to have to sweat this one out. They did a great job of controlling possession in the 4th quarter and close the game out strong. Now we come back home and have to take care of the Colts and Bengals.